The RBA says the government has nothing to fear from rising debt and inflation, and hints more help is on its way.

In this uncertain time the Reserve Bank of Australia tries to maintain stability. The world is in a deep hole: economic output is down, much more than in the 2008 crisis, and unemployment has risen sharply.  Australia has suffered with the rest of the world.

In a speech to the Economic Society of Australia yesterday, Reserve Bank deputy governor Guy Debelle did not sugarcoat the problems.  Economic recovery will be a long time coming.

While the RBA tries to keep borrowing costs low and credit available (monetary policy), Australia’s recovery will depend more on fiscal policy: government spending and taxes.

There’s good news on that front. Government can borrow to fund its spending with no worries. Debt is low relative to the size of the economy and Debelle said yields on government debt were considerably below the long-run growth rate of the economy so there were no concerns about fiscal sustainability from increased debt.

In other words, if government borrows at a low rate and the economy grows faster, then government debt falls as a percentage of the economy. So repaying debt is not a problem.

Debelle also said inflation wasn’t a problem. Indeed the opposite was the more likely challenge: inflation remaining too low.

That puts the ball clearly in the government’s court. It is not constrained by debt or inflation. The only constraint on its capacity to spend to support the economy will be its own imagination.

Debelle was asked what would happen if JobKeeper ceased and JobSeeker dropped to Newstart levels: the feared fiscal “cliff” in September. He said this would be a problem but that the prime minister and treasurer were aware and working on alternatives.

Falling off fiscal ‘cliff’ not likely

There seems little prospect the government would let the economy fall off that cliff but we’ll find out more in an economic statement scheduled for July 23.

Low interest rates are of limited use in stimulating the economy. Official rates are very close to zero at 0.25% and there’s plenty of credit available. That’s no more than a hill of beans if businesses and households don’t want to borrow.

That is where we are now. Fear and uncertainty is high, and fewer people want to borrow whether to start a business, build something or expand a market.

So although interest rates are at record low levels, the impact is less now than it would have been in better times, yet another reason why government has to step in with spending.

Debelle’s speech ended on a cliff-hanger: “The Reserve Bank will … keep borrowing costs low and credit available, and stands ready to do more as the circumstances warrant.”

For example, it could simply send money to households. Derided as “printing money”, also known as “helicopter money”, it is not infeasible — although instead of printing banknotes and dropping them from the air it would be electronic transfers.

Once unthinkable, it now has prominent advocates, among them former World Bank economist and US Federal Reserve board member Stanley Fischer.

It would be inflationary but, as Debelle said, our problem is that inflation is too low. A bit more inflation would actually help our economy, including helping superannuation balances and retirees.

Direct purchasing of government bonds by the RBA also has advocates. Currently it buys only in what are known as secondary markets — from private owners of bonds — primarily to keep those markets functioning.

So far the government hasn’t faced difficulties finding buyers for its bonds so there has been no need for the RBA to step in, but that might change if it introduced large fiscal stimulus measures.

Debt, deficit and inflation fears are groundless in today’s climate. The main game is get people back to work. For that to happen the economy needs to start moving again.

What do you think we need to do to get the Australian economy moving? Let us know your thoughts by writing to letters@crikey.com.au. Please include your full name to be considered for publication in Crikey’s Your Say section 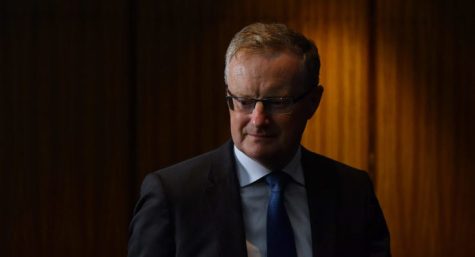 Prof Stephanie Kelton’s new book “The Deficit Myth” should be compulsory reading for all. Amongst many myths debunked is the relationship between inflation and “printing” money. It does not follow that a government spending more money than it takes out in taxation leads to inflation. Think about the decade or more of quantitative easing followed by the Bank of Japan which has never got inflation to its target rate.
The most interesting question for me is, why put interest onto currency you have just “created”? This is what governments do when they create bonds. All that does is create an obligation to pay money to the bondholder. There is no need to create the bond in the first place.
Would anyone miss the bond market?

Why do the clowns in Scomo`s economic circus keep referring to government borrowings and debt to be repaid, the federal government is funding its stimulus program by printing money, not borrowing money, as is every other sovereign nation, states and common currency nations have to borrow but sovereign states/nations since the gold standard was abolished now print money to pay for all their big projects then simply withdraw the excess currency from circulation as the economy improves, so there`s no debt or deficit to be repaid, that’s just a ploy to frighten the ignorant voters and help keep wages and incomes down,, think about it, where would there be money to lend in this current economic climate.

Does the Reserve Bank really have the authority to give money to people or even to households? Would not that be a fiscal measure by a body meant to be concerned with monetary policy?