The decision to relocate Powerhouse Museum from Ultimo to Parramatta has been called "shameful" and "a global embarrassment". Crikey asks the experts whether these descriptions are fair, and what the future of the museum looks like.

Today, Sydney’s Powerhouse Museum will begin shutting its doors to the public, the beginning of a highly controversial relocation to Parramatta, in the heart of western Sydney.

The arts, science and technology museum, best known for its vast collection of steam engines and planes has stood in its current Ultimo site for over 30 years, and become a part of Sydney’s cultural fabric. But the state government’s decision, five years ago, to shut down the site and shift its collection to Parramatta continues to be met with anger and confusion from heritage experts.

An act of cultural vandalism?

The Powerhouse Museum’s move west has never been popular. Opinion pieces from arts figures have described it as a “one of the most shameful acts of cultural vandalism in the history of this country” and “a global embarrassment”.

Do such claims stack up? Heritage architect Alan Croker, director of Design 5 architects, agrees that the relocation is an act of cultural vandalism.

“It’s vandalism because it’s taking very significant items in that collection from their point of contact and point of connection.

“But it’s also cultural vandalism because it destroys part of our built heritage in the city.”

For defenders of the state government’s plans, the Powerhouse move is about equity. Moving the Powerhouse was a chance to shift a major institution to the economically and culturally diverse heart of Western Sydney, an area long marginalised by an arts scene concentrated in the posh eastern suburbs.

The debate was initially framed as one which pitted inner-city elites against a move to democratise Sydney’s cultural spaces. But arguments about cultural inequities don’t stack up, says museum and heritage expert Kylie Winkworth.

“I fully support communities in Western Sydney having cultural institutions of their own. But you don’t create culture by thinking you can tow it from one place to another.”

The government’s plan, to disperse the museum’s collection around the state, particularly to regional NSW while the new site is being built, is sold as a way of sharing access to the Powerhouse’s legacy.

But Winkworth says this is simply a cost-shifting exercise that will deliver little to the regions. And more worryingly, many regional museums, which have suffered from a lack of meaningful state government investment for years, don’t have the resources to properly support historic items from the Powerhouse’s collection.

Who is the Powerhouse for?

When the Powerhouse shuts its doors, it won’t just be the permanent collection that’s lost. The museum also has a vast archive which is still used by architects, designers and researchers every day, including photographs, materials and design blueprints held nowhere else.

Much of that collection will end up in storage in Castle Hill. The Parramatta site has 25% of the Ultimo site’s space, and no room for collection storage. That might be for the best — the new location on the Parramatta river has been described as involving an “unacceptable flood hazard” (it flooded in February this year).

Croker says putting collections and archives in a flood-prone area would be “a really dumb thing to do”.

But the demolition of the Powerhouse and the dissolving of its collection is just the latest chapter of a steady decline decades in the making. Architect Peter Watts, who founded the Historic Houses Trust of NSW (now known as Sydney Living Museums) says the Parramatta move is only possible because of the populist dumbing down of the Powerhouse.

“Once you sacrifice the scholarship in a museum, once you start doing exhibitions on Harry Potter and Star Wars, you just become froth and bubble.”

The new Powerhouse will tip the balance well away from scholarly output — vast collections, unique exhibitions, public lectures — in favour of populist “froth and bubble.”

The Parramatta site will be less of a focused museum than a large entertainment precinct, with spaces to be hired out.

“It’s supporting the night and entertainment economy because that’s what the business community wanted,” says Winkworth.

And for all the talk about shifting Sydney’s cultural balance of power to the west, the Powerhouse moves requires destroying some of Parramatta’s own history. To make way for the new site, two heritage buildings will be demolished.

The Wiggles over design? Powerhouse of anger over arts exhibits 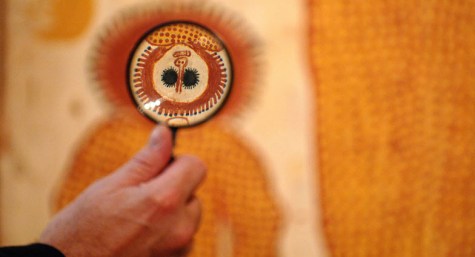 Losing marbles: the British Museum and the New Acropolis

An ok summary, Kishor though unfortunately quoting the usual voices. As a former Powerhouse employee, I am glad to see some of the old galleries closing because they contain some artefacts and installations which which have not changed since 1988. Embarrassing.

The Powerhouse desperately needs a substantial rebuild to create galleries that are flexible and more readily refreshed so that more of the collection can be displayed. The NSW government prefers to spend that and more money on a new, more functional museum. I think they are wrong but can understand the reasoning and am curious to see if they gain the Western Sydney votes they are counting on.

Btw, the old Powerhouse is not merely a valuable heritage building but highly adaptable. I am not aware of plans to demolish it.

Good to finally see an intelligent comment on the greatly flawed Powerhouse as opened in 1988. It is not an easy building to navigate and I always felt sorry for the curators having to deal with such awkward and rigid spaces. There’s a very strong case for keeping the 19th Century industrial archaeology pieces in the old Turbine Hall. This is partly because their relocation will be a major enterprise but also to remind the very gentrified inner city, that this was once a place of dirt and grime. The Museum of Applied Arts and Sciences originally complemented the Technical College – it was a museum for the artisans.
The NSW government had the choice of spending serious money putting that overrated building in some kind of decent working order, or relocating it .
Their decision to relocate closer to the geographic centre of Sydney is attracting the same kind of outrage as the relocation of Sydney Hospital to Westmead in the 1970s.

You don’t solve the building problem by shifting to a new building with a quarter of the space.

It’s a land grab, nothing more.

The Powerhouse was a failed cultural institution. What do you do with failed intstitutions – try and clear the decks and go again.

Seems to be a Sydney thing – Carriageworks as well and questions have to be asked about the performance of MCA, AGNSW, Sydney Festival, Biennale as community based cultural institutions.

In total agreement with Charles Pickett (below) regarding the quality of the journalism evident here: OK. No mention of the storage spaces already at Castle Hill, quite close to Parramatta (AGNSW, Powerhouse, AM) and which open occasionally for visitors. So, why not re-purpose that land and possibly the buildings, and leave the PH where it is and re-fit it? And where is the Wiggles gallery going? It’s popular.

Same with Anzac Hall, part of the Australian War Memorial. Its design won architectural awards for public buildings and it was opened only in 2005. Now it is scheduled to be demolished and rebuilt as part of a $498,000,000 aggrandisement funded by the Morrison government. Half a billion dollars to transform a serene memorial in to a theme park for war toys.

Rio Tinto is rightly excoriated for its destruction of caves holding 45,000 years of Indigenous history. But when governments destroy buildings of cultural and architectural significance hardly a word of criticism is heard about these acts of vandalism.

The Powerhouse has been starved of funds for years. It’s a nonsense to say that ‘fun places’ have been put in, without considering the lacklustre interest of many NSW state governments. The NYC Met had a hugely well-attended, kitsch show of – was it? – Jackie Onassis’ dresses or Marilyn Monroe’s? We went to the Dutch exhibition of the ‘old art’ there in preference and it was good. The MCA’s new buildings look like the cheap boxes built at UNSW, and the director, also of AGNSW, are focused on crowds, smart entertainment of “donors” to preen, about the stuff that are hotels’ metier. The MOMA is also further commercialised too.
This move to Parramatta is all about real estate, and further destruction of Parramatta’s history. It needs its own City’s history to be commemorated. The Sydney Powerhouse has been copied around the world – think of the London conversion to the Tate Modern. One day, when climate change is recognised for the disaster it is, people will marvel, cynically, at the industrial history of a carbon-emitting few centuries, as shown in the Sydney Powerhouse. What’s left in NSW is a shell to philistine profits and ever more soul-less entertainment centres and forever, footie. Employment in the creative arts is further savaged, yet Australians adore it.