There are no easy options for returning the economy to decent growth, and no magic solutions. It will cost a lot of money, and it needs to be well targeted.

Scott Morrison recently committed to a growth target of 1% above trend growth through to 2025 — Or around 3.75-4% a year, year in and year out.

As Crikey noted at the time, it’s a bold move for an outfit that hasn’t come within cooee of the sort of growth Wayne Swan and Julia Gillard presided over (or labour productivity, or wages growth, or investment… anyway).

The government has no plan for how to achieve this growth, beyond saying it is “harvesting” ideas and having some talkfests around industrial relations.

Its thinking seems to be that if it sprinkles enough magic dust of Economic Reform on the economy, it will rack up an historic run of growth. Some of its members, and various organs of the traditional media, specifically think a little sprinkle from the Neoliberalism Pixie will do the trick.

Formally, it is committed to ditching JobKeeper and the extra Newstart payment come September, creating a “fiscal cliff” that could cause another economic contraction in the last quarter of the year. If households start saving their money now in anticipation of losing jobs/payments later in the year, the current contraction will be deepened further. 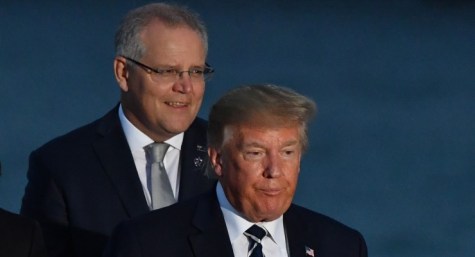 Occasionally, hints emerge that some elements of JobKeeper will be kept going, and Newstart won’t revert to its below-poverty-line level, but the government prefers to keep any clear statements of intent until after the Eden-Monaro byelection, in case they frighten South Coast and Queanbeyan voters who’ve already been mugged by bushfires, inadequate recovery support and a pandemic.

Whether it’s the now-abandoned V-shaped recovery, or a U, or W, or tilted L, or whichever letter takes your fancy, the right-hand side will be more likely to represent an average of significantly different outcomes in different regions.

Just what it will cost to even approach Morrison’s self-nominated growth target is made clear by the Grattan Institute’s new work on economic recovery.

Grattan actually advises against some of the neoliberal pixie dust, noting that there is little evidence industrial relations reform will deliver much in the way of substantial economic benefit — a view that is about the closest thing you can get to blasphemy these days, but which has been borne out by both Grattan’s own work and that of the Productivity Commission.

On the other hand, the report does back tax reform, supporting a swap of land tax and stamp duty, maintains the institute’s opposition to a compulsory superannuation increase and urges the Reserve Bank to consider negative interest rates to try to push inflation and inflationary expectations up again.

Above all, however, getting the economy growing again to the point where it returns unemployment to its pre-COVID level — or below it, if things go well — will need substantial fiscal support: around $70-90 billion over the next two financial years.

That would be best delivered by extending JobKeeper for a further three months for business that need it, extending it to casuals and temporary migrants, and cutting it so that part-timers are no longer receiving more than their original wage. That should be coupled with a permanent increase in the base Newstart rate, a flatter tapering of the child care subsidy and an increase in the rate for low-income earners, a boost in rent assistance.

What the report recommends against spending money on is just as interesting. Direct cash payments, the report says, have been proven to be better forms of stimulus than tax cuts (which contradicts the neoliberal argument against fiscal stimulus made during the financial crisis by the likes of Malcolm Turnbull); direct cash payments to retirees are also less effective stimulus than payments to younger people because they are saved, not spent.

And while the rest of us worship at the altar of the great god Infrastructure, Grattan is more sceptical, saying infrastructure investment is too slow as a form of stimulus, there are too many projects on foot that have dubious benefits as it is, and if there’s to be any additional spending it should go toward social housing and small, local council-level projects or maintenance that are ready to go, including school maintenance.

Oh, and “funding should be allocated based on transparent criteria, rather than ministerial discretion.”

No matter how the money is spent, however, it’s clear that there’s no cheap path to recovery, and no neoliberal shortcuts to high growth. 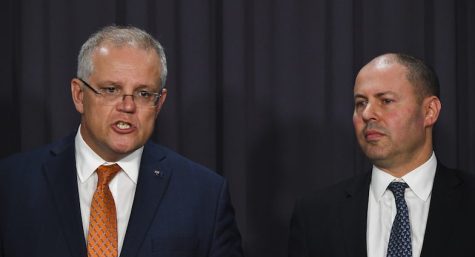 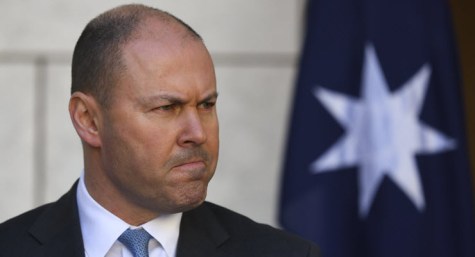 We know what not to do about the recession, but it seems we’re gonna do it anyway

This government will inevitably follow its usual path and make sure the stimulus goes to the “deserving” (school pals, generous donors of brown paper bags, mates of the government) and not to those who actually need it most and from whom most of the benefits of stimulus would come.

With the economic , political and social turmoil in the world , this is a fantastic opportunity to reshape Australia for the much stronger future. Doubtful whether the current government has the vision and capacity to undertake such an exercise. They have not shown any inclination to address any larger vision.
So the general person in the street is likely to end up worse off , productivity languishing, wealth transferred to Corporations and we will all be ear bashed with slogans about how wonderful “we” are doing. So disappointing.

Bill – It’s not just capacity or vision that are required, it’s the will. The Coalition doesn’t do big stuff – they are just middle management administrators whose decision-making is limited to deciding which company will get the contract for the indoor plants in the office this year.
If you want nation-building, you’ll have to hope somebody on the Labor side of the house gets a chance.

Despite Bernard and others dropping a bucket on Labor at every opportunity, they couldn’t possibly be any worse than the motley crew we have currently ‘running the country’.
Labor not perfect, but I agree with your comments DF. And in any case…how would we know what Labor might do? They are almost completely cut out of any MSM coverage, and on this subject, the ABC is also a disgrace.
No wonder the voting intentions in Newspoll show the government with a slight lead. People have no idea what Labor would do, although they have the runs on the board from dealing with the GFC, simply because they get NO coverage…exactly how this putrid government likes it. Obscene!!

It’s not that they get no coverage, but that they only get negative coverage.

Ulp..urg.. “…hope somebody on the Labor side of the house gets a chance…” or the Tooth Fairy/Easter Bilby which would be a more realistic expectation.

Interesting that “bilby” upsets SpellCheck – as do so many non amerikan spellings.
Nice to know how this flaccid organ regards the nation.

Scotty and his piffle dust – to go with an excuse, scapegoat and diversion in his hat.

[“a boost in rent assistance”? Should that read “a boost in landlord subsidies”? Where else will it go, besides increased rents, to make up for “lost Covid income”?]

It’s the true mark of the ideologue. The problem is always that the ideology wasn’t applied rigidly or thoroughly enough..

The treatment was successful but the patient died.
Utterly inexplicable.

A sprinkle from the neoliberal pixie seems to be their answer to everything.