The ABC is proposing a cut to its business reporting team in the midst of a recession.

Facing an $84 million cut over three years, the ABC has had to make tough decisions to slash its budget.

One of those decisions is to propose cutting the position of chief economics correspondent — held by Emma Alberici, who’s angered the Coalition in the past — and two business reporters.

“It’s the first recession in three decades and it’s a very unusual recession which could go on for a very long time,” he said.

From trade wars to policy debates, breakouts to border issues, there’s been a flood of news stories to cover and explain to audiences.

“It’s really easy to underestimate how important it is to provide a clear cut-through of issues going on,” he said.

And there’s also an audience for that content: news director Gaven Morris told staff in an email that business stories on digital has almost tripled in the past two years at the ABC.

“Both in the economic recession and the changing geostrategic context, with conflicts in China and the likely economic effects that come with that, it has huge implications for lots of jobs.”

“The ability to be covering that in a sophisticated and nuanced way, with news directly from the region, is more important now than it has been in 30 years,” Edwards said.

“[The cuts] seem short-sighted,” he said. “There’s going to be a lot of business stories in the next 18 months of vital public importance.”

Two important kinds of stories emerge during a recession, he said: business malfeasance and job losses.

“There’ll be a lot of really interesting things need to be dug into,” he said.

“From an overall perspective of managing companies if there’s less information, there’s less certainty,” he said.

“We really need news now, especially with the huge unemployment problem … We need to make sure we get the right news.”

While Australia does have business coverage elsewhere — from business sections in most papers, to The Australian Financial Review — RMIT media and communications senior lecturer Dr Alex Wake told Crikey that simply switching to other sources may not always be an option.

“The advertising model of funding journalism is well and truly dead,” she said. “The public service broadcaster, the ABC, and also SBS, provide comprehensive national coverage which is the envy of many liberal democracies. There are only 11 to 13 similarly-funded broadcasters in the world.”

The changes to the ABC’s business reporting team are part of its five-year strategy announced this week, which proposes how the public broadcaster will meet the ongoing reduction in its budget. About 250 jobs are expected to be cut under the proposed changes.

An ABC spokeswoman told Crikey the proposed changes were not final, and that the ABC did not want to cut any roles or people: “Under this proposal, the ABC would have a strong business team of around 15 dedicated business journalists working across TV, radio and digital as well as producing specialist program The Business.”

She added economic coverage — including the economic impact of COVID-19 — extended to local, state and international teams.

“The ABC’s coverage of economics and finance isn’t confined to the National Newsroom. There are business specialists in our current affairs teams, on 7PM and across other areas.” 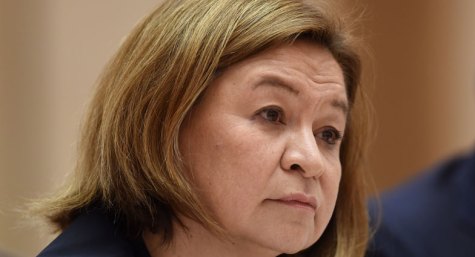 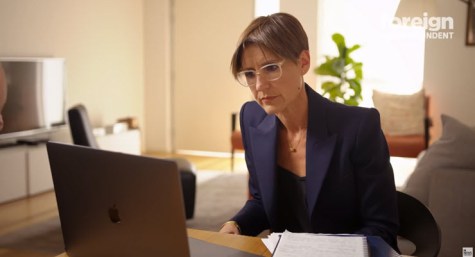 What evidence do you have that “cutting the [ABC’s] position of chief economics correspondent — held by Emma Alberici” is a government decision in contrast to an ABC management or board decision?

Where on Earth does it suggest that, KeithT?

I reckon the ABC has better economics correspondents than the sainted Alberici (beatified for being vilified by the Coalition – after one tax cut analysis critical of the Coalition government).
Verrender, Elise Morgan, Ziffer and Rachel Puppazoni – they don’t have a conservative political barrow to push.

Perhaps if the ABC doesn’t report on or analyse our recession & potential depression Morrison is hoping the voters won’t notice we’re in one.

He parrots that tired phrase about sections of the community ‘doing it tough’ but he & his Coalition colleagues have scant concept of what it means.

It’s not as if the coming recession/depression is a uniquely Australian problem.
Morrison has had a dream run so far – compared with the dithering British, the fractious Americans, the dying Brazilians, the worried Indians et al.
And I reckon you are right about MPs having little direct comprehension of what it means to be doing it tough in 2020.
But can we depend on the ABC to help us comprehend what it means? And if a fair representation of what it means was formulated and broadcast and understood, what good would that do?
What worries me is the big picture and long-term – how Australia copes when Americans wake up and realise they are broke, when real biophysical and unavoidable issues like climate change, the EROI dilemma, human over-population and civilisational complexity come together and Australia is eyed up as easy pickings as lebensraum by more than one nation (and many individuals operating on their own).
That’s when we will learn what “doing it tough” is all about.

Media themselves are to blame when not supporting one of their own colleagues and/or counterparts i.e. Emma Alberici, when none of them challenged anyone responsible in the LNP to produce research based evidence of the supposed ‘trickle down effect’ that exists outside of the radical right libertarian cheer squad e.g. peer reviewed research as opposed to myth or talking points.