The effects of the devastating 2020 summer bushfires are still wowing scientists. Plus other stories that slipped through the cracks this week.

The speaker of the Northern Territory Parliament has resigned after being found to have engaged in breaches of public trust which amount to corrupt conduct by the territory’s Independent Commission Against Corruption. While the story itself is both sordid and depressing, it at least illustrates the proud, vendetta-based spirit of NT politics.

So: former Country Liberal Party MP-turned-independent Kezia Purick has been speaker of the NT Parliament under the previous CLP government and the current Labor one. It was in that role two years ago that she stymied the registration of a new minor party planning to call itself the North Australia Party, which contained her political nemesis — another former CLP-turned-independent named Robyn Lambley.

What’s better than one opposition party? (And other news you may have missed)

The party’s name was a registered company in Queensland, but not in the NT — until Purick’s executive assistant Martine Smith registered it for herself at a total of $84. And, as it turned out, it was an idea that she apparently ran by her seemingly enthusiastic and supportive boss in a series of emails ICAC uncovered, despite Purick later claiming ignorance of the whole thing.

And this particular barney has cast something of a new light on more recent developments too.

See, back in March — oh, what a time! — the excitingly changeable loyalties of NT parliamentarians meant that there was a big question mark over which party was number two in the parliament because there were as many CLP MPs as there were members of Territory Alliance (at least, once ex-Labor-turned-independent Jeff Collins joined the team).

The speaker declined to rule on the matter, and eventually Territory Alliance decided to give up on its attempt to be recognised as the opposition and let the CLP pick up the extra million or so in funding that the position garners — but not before its new deputy leader, the aforementioned Robyn Lambley, accused Purick of colluding with the CLP on the matter.

In any case, Purick denies that what she did was in any way corrupt and claims this is all “the rough and tumble of politics”. Maybe the August NT election should be decided by battle royale: it sounds like it would be more civilised than the current system.

Speaking of elections, Singapore has called a snap poll for July 10 with registration for candidates closing in five days’ time.

Prime Minister Lee Hsien Loong has said that sure, he could have waited until April next year to hold an election, but with the nation unsure about when the coronavirus pandemic might end it was important to get it over with now, while local cases were under control, and thereby score a nice five year mandate to sort everything out.

Opposition parties have a bit of a different take, arguing that it’s a desperate attempt to consolidate power while political rallies for any challenger are made a little tricky by the five-people limits on public gatherings.

Mind you, there’s not much chance that Lee’s ruling People’s Action Party won’t win, since they have done in every election since 1965. Sure, they pulled their worst result at the last election but that was still a comfortable 60%.

But while the result probably won’t be a shock, it’s at least an impressive lesson in organisation. While Australian election campaigns run for weeks and American ones seem to start the day after inauguration, Singapore is throwing its together in a bit over a fortnight.

As Australia gently moves through winter, or what future generations will know as “the bushfire pause”, it’s worth casting an eye back over our shoulders to see what last summer wrought upon us and what terrifying records we might come in 2020-21.

Mind you, we’ve got a hard act to follow. A new study published in Geophysical Research Letters concluded that the smoke from our summer bushfires was not only the largest smoke-vomit ever recorded (producing up to 900,000 metric tonnes of the stuff), but it rose higher than any known fire event, might have actually disrupted the ozone layer and potentially left a “chemical scar” on the stratosphere, and still hasn’t dissipated in the high atmosphere months later.

Also, the pyrocumulonimbus clouds that the bushfires created have delighted and astounded atmospheric scientists who are wondering “hey, what’s causing the 15-metre-per-second winds surrounding the rising smoke plume?”, unlike the rest of us who are more interested in “are we all doomed to perish in flame and which Elder God demands our blood fealty?”

Anyway, scientists, maybe your questions will be answered by whatever horrors await us in the months to come. Keep watching the skies! 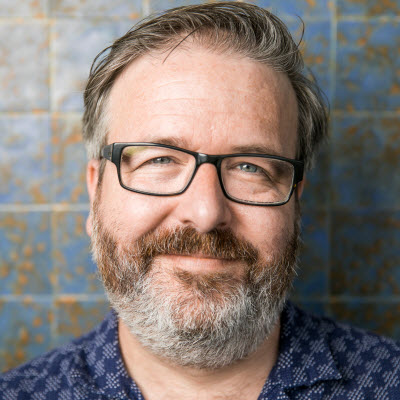 Tips and Murmurs: Arsonists fizzle out … What tourism wants from News … AaahBC

“Keep watching the skies” indeed though, unlike the original reason during the Red Peril, because the only hope in this Colds War is space aliens delivering a vaccine.
How will the RFS & volunteers manage next time if,as seems likely, S/D becomes the new norm?
Just like the August to June fire season?