The ABC's five-year plan has been revealed, with 250 jobs expected to go. But that's just the start of the cuts.

This week’s dramatic cuts to the ABC are the worst cuts possible — other than any of the alternative cuts the ABC could have made. Something had to give, thanks to the Liberal government’s 2018 decision to freeze funding until 2022, costing the public broadcaster $84 million.

At the time, it was dismissed as an outgoing act of bastardry by a dying government. Now, combined with the cuts the Liberals promised not to make before the 2013 election, it’s estimated ABC real income will be down by 10% by the time of the next election.

Does the government care? Not much. Punish enemies, reward friends — that’s the Morrison approach. And attacking the ABC brings an added benefit — News Corp’s gratitude.

The ABC has tried to cut while managing the continuing transition from a 20th century broadcaster to a 21st century multimedia organisation (broadcasting, streaming, online) with content diversified for the demands of fragmenting audiences.

In its ongoing war with News Corp, the public broadcaster has given its US-owned critic a culture war win: repurposing ABC Life and rebranding the ABC Comedy free to air channel. And a financial loss: taking the ABC off Foxtel satellite and bidding for a cut of the (still mythical) shakedown of Google and Facebook.

Bad as they are, yesterday’s cuts are not enough for the government apparently, which took the opportunity of yesterday’s turmoil to slip out the latest “efficiency” review of the ABC from former Foxtel boss Peter Tonagh, which suggests adding service cuts to the program cuts.

Taken as a whole, the ABC seems to be continuing its long-term response to diminishing funding: centralise and network output to the minimum necessary with less local and narrowed parameters of content — closer to perceptions of what’s mainstream. Apart from the program closures, staff should expect “thinning” — being required to produce the same with less.

In sum? Less local. Fewer original programs. Less diversity. ABC supporters will hope management have got it right, keeping the infrastructure live for a future rebuild.

The high-profile cut is the traditional state-based, 15-minute 7.45am radio news, has been cut down to five minutes at 8am — with AM to follow, down to 25 minutes. Easy to see what gets squeezed here — local or state-based news, particularly with 70 jobs going from the news division.

There’s been plenty of chatter — particularly from ABC old hands — about the traditional morning programming as “destination radio”. Maybe. The ABC says news consumption is being time-shifted and is putting ABC Listen at the centre of its strategy.

There will be a thinning and slicing of ABC programs with 52 jobs going from entertainment and programming and the shift to no more than 42 weeks of first-run regular programming. Expect more repeats or foreign buy-ins.

That’s not enough for the Tonagh review, which recommends closing broadcast channels, such as ABC News 24. After all, when you’ve got Sky News, who needs an ABC competitor?

Similarly, expect more — and longer periods of — networking in regional radio. Normally, over summer, regional radio shifts to state-based programming. One of the big bushfire-related costs to the ABC was keeping radio regional in NSW and Victoria to provide the deeply local news and information that communities needed.

Again, not enough, apparently, for the Tonagh review which suggests that ABC local radio should follow the route of commercial radio with greater state and national networking.

ABC Life which has brought a diverse energy and younger audience online, reporting on issues largely ignored by mainstream media, will see half its staff become ABC Local, with “a broader editorial direction” (where “broader” should be read as “narrower”). Think the mainstream ABC metropolitan local radio online, with, perhaps, a greater input from suburban and outer-metropolitan communities.

ABC Comedy, which also targets a younger demographic, will shift online and the broadcast channel will revert to its previous ABC2 format with largely repeat programming. Expect less original programming across all genres. Program makers do.

The cuts compound to an annual real reduction of $28 million this coming financial year and $41 million the year after. On top of that, the ABC has had to absorb the extra costs it incurred from its recent bushfire coverage.

Expect more shaving later this year. Expect the government not to care.

Has the ABC made cuts in the right places? Let us know your thoughts by writing to letters@crikey.com.au. Please include your full name to be considered for publication in Crikey’s Your Say column. 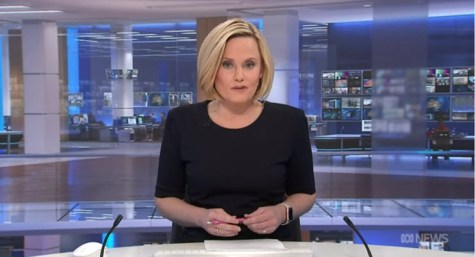 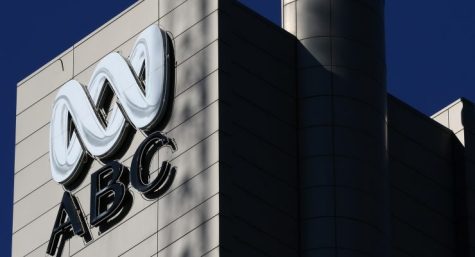 Absolutely disgusting but par for the course with this conservative government !! The ABC should have more funding not less in this climate where newsrooms are being decimated in the commercial shere – where are we going to get our reliable news and investigative stories from ??

I hope Albanese at least says he will restore the funding immediately.

Alberici and Lateline should also be restored, it was one of the best informed programmes amongst a lot of great ones.

7.30 and Leigh Sales have gone to the dogs – probably re funding cuts.

And if I hear another repeat that I have heard 3 times already on RN I will scream.

It’s OUR ABC Scotty from marketing NOT yours and definitely NOT Ruperts.

I feel like our indigenous brothers & sisters – we need ABC funding in The Constitution otherwise the merry go round will continue.

I agree, Jaimie. Missing Lateline and Alberici still and have all but given up on Leigh Sales’ custodianship of 7.30. She is just not in the same class as her predecessors. She was fine as a foreign correspondent in the US and we would all have been better served had she gone to Beijing and Sarah Ferguson been appointed to 7.30.
In the region where I live, ABC RN on FM is the most reliable reception of ABC stations but how many times have I turned it on to hear the same program I heard a week ago. Yes, it is most certainly quality programming, but how often does it have to be repeated.

I reckon Trioli would have been much better in the chair than Sales, as she has the intestinal fortitude to occasionally defy the false balance edicts from the cowed management.
The repeated appearance of right wing culure warriors on Insiders getting easy runs from Speers is a major turn-off.
The ABC should be turning up the heat on Morrison instead of running and hiding.

The ABC should diminish/cut its excellent services concerning rural issues. Stick it up McCormack’s crowd and sit back while they squeal.

I wonder if the euthanasia of the ABC will sink into the elderly friends of the ABC seeing as at least 51% of them would be conservative voters, personally I`m enjoying the whining and whinging of the idiots that voted Scomo back, it’s great watching the fools get the rough end of Scomo`s pineapple inserted in their nether regions.

“What will it be tonight? Russian Roulette or Currying Favour With Rupert? Your choice sir.”

Shows how thin-skinned the conservatives are. Alberici departs type once – from a sanguine supporter of the Coalition (contrast her attitude, demeanour and ‘preparedness’ between her sweet and sour interviews with the Coalition : Labor during the Lateline years) and pens a critical review of the Coalition’s economic record and they want her hide.

…. And let’s not forget the slotting of the tabloid Rosebutt into the ABC Chair?

“…. And let’s not forget the slotting of the tabloid Rosebutt into the ABC Chair?”

I wonder if Ita is silent because she’s happy this is happening, or because she’s realized that Scotty only needed her for some photo ops after getting rid of Gutherie?
Hopefully if we ever get another government she’s quickly sacked from the position she has no qualifications to hold.

That is why the lone national voice . . The Australian Broadcaster Commission (ABC) is under siege. Remember the Bushfires? Remember ABC News 24 coverage? Sod all the rural/remote communities pleading for connection, access to both local and national ‘News’? Channel 24’s sterling performance enfolding, holding Australia together? It surely wasn’t the Government?