Good morning, early birds. Anthony Albanese has reportedly called on Scott Morrison to support a new bipartisan energy policy, and the Victorian government has amped up plans to slow the spread of COVID-19, including a return to on-the-spot fines. It's the news you need to know, with Chris Woods.

According to both the ABC and The Australian ($), Labor leader Anthony Albanese has written a letter calling on Scott Morrison to support a new bipartisan energy policy that, even if Labor and the Coalition hold competing emissions targets, would incorporate scalable emissions levers.

Albanese’s letter gave soft praise for the Morrison government’s donor-friendly technology investment roadmap but — while acknowledging that neither the National Energy Guarantee nor Clean Energy Target are likely to be revisited — highlighted that the framework does not constitute a national energy policy. The ABC reports that Albanese is likely to discuss the letter when he addresses the National Press Club today.

A COAL LOT OF ISSUES: The Sydney Morning Herald reports that the NSW government’s latest Strategic Statement on Coal Exploration and Mining, to be released today, will bank on global coal demand defying the Paris climate goals until 2050.

At a time when the Arctic Circle is experiencing a record heatwave with temperatures up to 38 degrees, it’s perhaps a little short-sighted.

As Melbourne prepares for a spike in community transmission — the source of 11 of yesterday’s 17 new cases, for example, are listed as “under investigation” — The Age reports that the state government has announced a return to on-the-spot fines; will bring in more health workers for quarantine hotels; and, along with the federal government, has only just abandoned plans to divert Australians returning from overseas away from Melbourne.

Following Premier Dan Andrews’ announcement that health officials sent to door-knock across multicultural communities today will focus on greater cultural and linguistic capability, the AFR ($) notes that the company engaged to manage crisis communication with Victoria’s 1864 confirmed virus cases, Whispir, was only asked to communicate in languages other than English on Monday.

DJOKOVIC POSITIVE: In global cluster news, the ABC reports that Novak Djokovic has become the fourth top men’s tennis player to test positive; Nick Kyrgios has in turn hit out at them for playing/partying in an exhibition tournament in the Balkan region.

In the latest updates to the Dyson Heydon controversy:

According to the Lowy Institute Poll 2020, Australians’ trust in China’s President Xi Jinping “to do the right thing regarding world affairs” has dropped to just 22%, half of what it was in 2018.

As the ABC unpacks, polling of 2448 Australians in late March suggests about one in three trust Donald Trump, 87% of people have confidence in Prime Minister Jacinda Ardern, and their greatest concerns are COVID-19, drought, and economic downturn.

CLOSING THE POWER GAP: According to The Sydney Morning Herald, a separate study by the Coalition of Aboriginal and Torres Strait Islander Community-Controlled Organisations has found a majority of Indigenous Australians want an elevated role for Indigenous-run organisations and equal partnership with government under new Closing the Gap processes.

Despite excuses from White House and campaign officials that it was all a funny joke, the US president insists he really did ask for slower testing rates. Whatever 12th-dimensional chess he’s playing, the figures remain horrifying: 2.4 million cases, and 123,000 deaths.

Anatomy of a sting: how sexual harassment allegations about a High Court judge came to light

“On Monday afternoon, Sydney Morning Herald journalists Kate McClymont and Jacqueline Maley dropped a bombshell: one of Australia’s former top judges, Dyson Heydon, had been accused of sexually harassing a range of young, female associates, and an independent High Court inquiry had proved it.”

“The issue for legal scholars and the general public is: does the former judge’s behaviour and character change how we view his judgments?

“In his 2002 speech he said that ‘probity may be affected by conscious bias for or against a particular litigant or class of litigants. The law compels judges who have such a bias or may reasonably be thought to have such a bias to disqualify themselves, and in practice it may be assumed that very few judges are consciously biased.’”

“Sorry. If you believe COVID-19 will change everything, that Australia will ‘bounce forward’ and begin a new era of sustainability, you’re indulging in magical thinking.”

“The momentum for climate action after the Black Summer bushfires has been trampled by coronavirus, and the economic downturn will ensure it doesn’t get back up.

“How do I know this? Because we’ve been here before.”

National Gallery of Australia to shed staff and slash acquisitions from 3,000 to 100 a year

People in Brooklyn were setting off fireworks. Then police showed up in riot gear.

Lowy Institute Poll: Australians happy to hop away from China bounders ($) — Alex Oliver and Natasha Kassam (The Australian): “The view from Australia today is sobering. Having barely emerged from the bushfire crisis, we were struck with a global pandemic and our borders remain closed to the world. Our great ally, the US, is still deep in the health crisis and preoccupied with domestic social discord. Our largest trading ­partner, China, is wielding its economic leverage over us and threatens to do more as we enter our first recession in 29 years.”

The ‘problem’ is not ‘fixed’. Why we need a royal commission into robodebt — Darren O’Donovan (The Conversation): “As an administrative law researcher, myself and my colleauges have watched the robodebt scandal play out for four years now. In this time, we have seen blocked freedom of information requests and unanswered questions. I have sat with some of my own students devastated by life-changing, inaccurate debts.”

I’m the barista fired by a Bondi cafe because I’m black. Here’s why I spoke up — Ayokunle ‘Ayo’ Oluwalana (HuffPost): “In the past month, the Black Lives Matter movement has been a focal point of the world’s attention. Continuous global protests have called out not just police brutality but systemic racism leading to a revolution that I’m sure a lot of Black people, and non-Black people, recognise as monumental. It has shown that through a collective effort, we are able to influence change.” 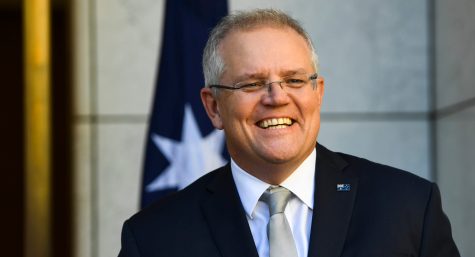 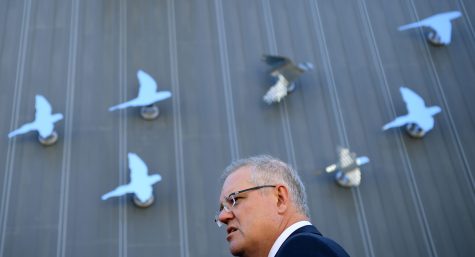