What the hell? Crikey readers on church JobKeeper payments

Crikey readers respond to our writers and the issues of the day.

Last week, Michael Bradley’s response to news that priests were receiving JobKeeper payments (and being asked to share it with their churches) divided Crikey readers.

And others of you responded with your own solutions to the systemic problems laid out in our Inq series on the politicisation of Australia’s honours system, and by Bernard Keane’s piece looking at taxpayers’ funding of political faction work.

Tony Dean writes: Michael Bradley’s intemperate attack on the Catholic Church and other “wildly rich” religious institutions for accepting the JobKeeper allowance conveniently ignores the enormous role these institutions, their employees and members play in supporting our communities, particularly during a time of crisis.

The Catholic Church, for example, provides a huge range of social services to people with disability, the homeless, the elderly, the ill, the unemployed, young people and families in crisis. These are services that are either unfunded or under-funded by governments. They are not paid for from the church’s so-called billions (which are largely tied up in assets and infrastructure that the wider community benefits from) but from contributions from local parish churches, that have been closed for the past three months or more. If the church had to pay its priests a living wage, this would be at the expense of its social services to the vulnerable and marginalised.

Meanwhile, priests have continued to offer counselling and pastoral care to the sick, the elderly and the socially isolated in their local communities.

Churches and religious institutions deserve to be praised, not attacked, for their largely-unheralded work in maintaining the social fabric during these unprecedented times.

Bob Evans writes: Imagine, the Catholic Church and Hillsong Inc singing from the same hymn sheet all in god’s name for a JobKeeper cheque courtesy of Scotty from Marketing — it’s the most natural thing since the Garden of Eden.

Amanda Secombe writes: They do an incredible job for no money at all. They rely on the plate that is passed around at mass for an income of sorts and people don’t attend mass anymore so WHY THE BLOODY HELL NOT. They are employees — plenty of rich CEO-types out there doing the same. Get off their back.

Brian Millett writes: Thanks Crikey for this very good statement on the absurdity of Roman Catholic  priests receiving JobKeeper benefits and, even worse, that the Catholic Church is asking the lucky priests to pay a large whack of government dollars on to head office.

The decision to bring about this totally unjustified and immoral payment is a scandal and these leeches who are trying to make something from it are quite disgusting!

What would Jesus say?

On the Order of Australia:

James Worsley writes: Given that the Order of Australia has become just another meaningless exercise in ex-politicians congratulating themselves perhaps we should consider creating a separate Order of un-Australian.

The award would go for such un-Australian achievements as standing up for the powerless like refugees, and other maligned minorities, for holding politicians to account, such as the bugging of Timor Leste, fighting against political corruption or actually doing something to help the disadvantaged.

I understand the Order of Australia does recognise a handful of people who actually do work hard to bring about change for the better, but they are fast becoming a small token to keep the awards from becoming totally meaningless.

Needless to say, all former politicians would be ineligible, as would staffers, political insiders and so forth.

Judy Hardy-Holden writes: Yep, it makes me mad to think my hard earned tax is going to fund shenanigans in various ministerial offices. Lib or Lab… there’s only a vowel’s difference in the abbreviation and not a scintilla of difference in the chicanery in public office. Maybe staffers are awarded according to seniority of the minister (and let’s not be too generous) and any beyond that number are paid for out of the minister’s own pay, overseen by an independent body of course. That might stop the political office stacking too!

Chokyi Nyingpo writes: If you want to work for the country then you get paid by the taxpayer. That’s what the pollies are supposed to do. If you as a pollie want your own private staff then you should pay for them out of your own pocket. But that won’t happen, just like a federal ICAC wont happen – they all have their snouts in the trough. It’s unforgivable in this day and age.

In other words, increase the size of the public service to be able to service the pollies, after all the pollies were elected by us, they are paid by us and therefore so should their staff accountable to us as well.

Let us know your thoughts by writing to letters@crikey.com.au. Please include your full name to be considered for publication in this column. Letters may be edited for length and clarity. 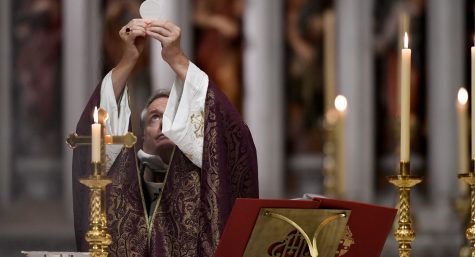 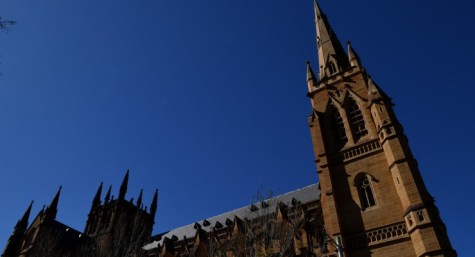 Some suggest the Catholic Church is providing community services without public funding or not enough to cover costs.

There are several problems with this. Religions always have the basic agenda of self promotion or proselytizing or conversion. Fair enough but be open about this. Plenty of people do all sorts of community work for no money so it’s nonsense to imply a higher calling is required to do so.

The bigger problem is the Catholic Church resolutely claims the right to access public funds but not be accountable for spending them. The recent focus has been on its school system opaque spending. There have long been similar complaints in its so called charitable services.

Churches could try reclaiming their status by reverting to being actual charities and getting off the public teat and keeping the pulpit away from the ballot box.

Instead of the emotional claptrap (from both sides) on this issue, I would like some exploration of how the Catholic Church could (or could not have) met the prescribed criteria for its priests to access Job-keeper: figures, income etc. Real journalism, please.

Today’s edition with 3 no-comment allowed articles is a disgrace.
Not a record but a tie for the Pusillanimity Prize with previous editions.
The tin eared, Nelsonian eye of attaching the self congratulatory, begging & beseeching plea for subscriptions beneath each is beyond insulting.