The honours system may evolve, but don’t expect openness any time soon

Even the monarchists think the Australian honours system needs to be overhauled. But what are the chances politicians make the process more transparent and accountable to the public?

This story is part four in a series. Find part one here, part two here and part three here.

You know the honours system has lost the plot when even the monarchists are calling for them to be more egalitarian.

Today, Philip Benwell, national chair of the Australian Monarchist League, joined the push for a review into who receives an award. His comments (he told The Australian there’s too much emphasis on “service to politics or business”) add to the pressure for change which has built since Inq last week revealed the extent of the politicisation of the awards.

Our analysis revealed that over 75% of the Order of Australia’s most prestigious political awards in 2019 and 2020 went to Liberal and National party figures, including backroom operators pushing a partisan political cause. 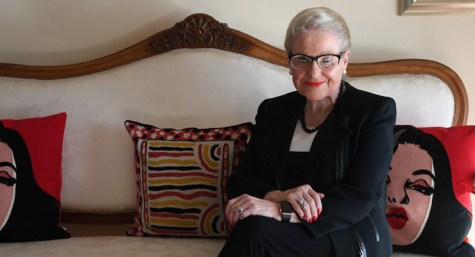 It’s another sign of serious trouble when the governor-general, David Hurley, concedes that the awards he approves and hands out need to change, lest they lose relevance to the community.

At the heart of the awards process is an opaque system of decision-making with plenty of scope for political influence to be brought to bear.

For a start it is the prime minister who appoints the “community” members of the Council of the Order of Australia — a group of seven citizens who might, theoretically, provide a “real world” reality check to appointments.

Yet current community members of the council are anything but your average Joe. Most are highly networked, wealthy individuals holding multiple company directorships, and who are very at home in the corporate world. Some, as Inq has documented, have direct Liberal party links.

The prime minister, too, appoints the chair of the 19 member council. (The current chair, senior and highly connected Liberal figure Shane Stone, was appointed by Malcolm Turnbull in a break from a long-standing tradition of appointing non-politicians to the role.)

Then there is the process of nominating a candidate for an award. In theory this all happens somehow out of the blue with citizens quietly nominating a person they think is worthy and gathering their supporting evidence and documents and sending it to the awards secretariat, without letting on any of this to the person in question. It’s all meant to be a kind of This Is Your Life surprise when you get the official letter from the G-G’s office.

In practice though, the system is manipulated by corporates keen to add lustre to the CVs of senior executives as well as politicians rewarding mates in the political club. The awards, it emerges, are their own industry.

A decade ago a Brisbane nurse called Karen Kline attempted to get to the truth of how an award is made but ultimately ran up against a wall of secrecy.

Kline had nominated a man called Laurence Laikind for his record of work fighting disability discrimination. Laikind, who is blind, had just the sort of qualifications and achievements you might want in awards for an everyday hero. Yet he was overlooked, though precisely why is not known. 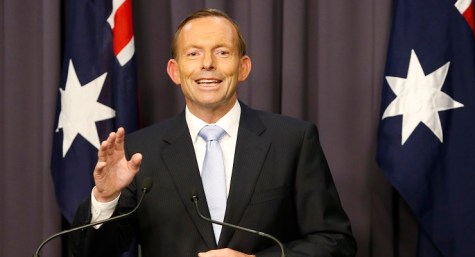 Kline asked the Council of the Order of Australia’s secretariat for documents, processes and guidelines that informed their decision, but they refused to give any. Her freedom of information request was refused. She then took the case to the Federal Court and ultimately, in 2013, to the High Court where she was represented pro-bono by Ron Merkel QC.

The High Court made the ruling that documents relating to the governor-general’s “substantive powers and functions” were excluded from disclosure by operation of s 6A(1) of the FOI Act. Freedom of information did not apply.

Speaking to Inq seven years later, Kline still grasps for reasons as to why her nomination of Laikind wasn’t accepted, including that papers from the council might have gone astray in the post.

Unable to get answers or any documentation her verdict is that the awards process is overly secretive — “a secret society”, she calls it.

At the same time there is no shortage of awards within the governor-general’s office itself.

Going back to the start of the awards in 1975 every former “official secretary” to the governor-general bar one has been recognised by the honours system.

It started with Sir David Smith who was given an AO, the second highest honour. Then came Douglas Sturkey (AM), Martin Bonsey (AO), Malcolm Hazell (AM), Mark Fraser (OAM).

The Order of Australia may well need to “evolve” to give greater recognition to every day heroes, as the G-G has said. But what are the chances of politicians making the process transparent and, through that, accountable to the public? 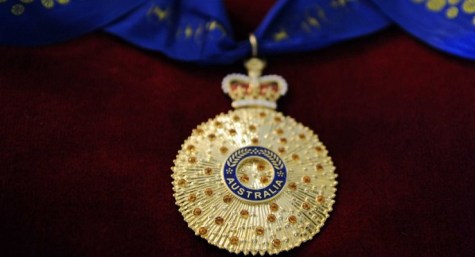 Assange, Collaery and K for an OA each next year. How do we get those balls rolling start?

I’d rather not see the system changed. I like the idea that political time-servers and their business mates sweep up most of these gongs. I was particularly pleases to see young Ryan Stokes get one; probably for being Kerry Stokes’ son. That is the way it should be.

Good point -it proves the true value of the awards.
Like excess wealth, look at the types who have an effluence of it.

Perhaps a better way to assess the value to the community of the recipients of the honours would be to invert their rankings, so that an AC is the lowest award.

Simple, Appoint Karen Kline as Chair of the Council of Australia selection panel with the authority to release information relevant to the selection of Candidates.
Why am I disgusted. Well my sister and two distant Aunties have received gongs and I am ashamed of how this type of politics defame them by association and demeans their contribution.

Something to remember from time spent on the gravy train, with snouts in the trough and on the public teat.
‘Conservative Gravy Train Darwin Awards’ but without the ultimate sacrifice.
They’d be a laughing stock if it wasn’t for the worthies kept on for gravitas.