A spike in infections in Victoria might create the nightmarish scenario of different parts of the country recovering at significantly different speeds — complicating Scott Morrison's task of deciding when economic support should end.

After weeks of self-congratulation and a general feeling of Australian exceptionalism, we’re suddenly back facing a potential nightmare scenario where a major economy has to lockdown again as this highly infectious virus threatens a fresh breakout.

A second lockdown would be an economic double-tap — shuttering services and business just as they were reopening, accelerating the rise in unemployment and likely sending a lot of small businesses, which barely survived the first lockdown, into bankruptcy. All while the second round of employment impacts in areas like construction are only just becoming manifest.

Nor is Victoria well placed to deal with even a slowdown in the removal of restrictions, let alone a return to lockdown: unemployment jumped from 6% to 6.9% in May, well above NSW (and Tasmania) on 6.4%. Victoria had the lowest state growth in jobs in the last week of May, and it was the only state where total wages went backwards.

In the international context, Victoria’s run of ~20 new cases a day is minimal. But the speed with which an outbreak can accelerate, and the lack of a closed border with NSW, means the potential for a significant outbreak — by Australian standards — in the two most populous states will deeply worry policymakers.

The best case scenario is Victoria suppresses the outbreak with the same efficiency that Australia dealt with the initial outbreak, meaning there is only a slight delay in reopening the state’s economy.

Whether Victorians or the rest of us will be as tolerant and strict about lockdown a second time, however, isn’t clear. Polling two weeks ago suggested that voters in Victoria, NSW, SA and (to a slightly lesser extent) WA all thought that the pace of reopening was about right, with only a small minority — ~10% or less — thinking it was too slow. Even in Queensland, where there’s a greater appetite for faster removal, less than a quarter of voters think things are moving too slowly.

That said, a trip around Sydney on the weekend suggests that stated and revealed preferences might be at odds: traffic is almost back to its dire normal, no one is bothering to maintain social distancing in public spaces, and many cafes and restaurants don’t seem to be too fussed about adhering to the letter of the law around numbers and distances.

The Victorian spike may be trouble for Daniel Andrews — hitherto criticised for being too draconian in lockdown, now attacked for not being draconian enough — but his government is also well regarded for its handling of the crisis, with 72% of voters declaring it “good”, ahead of NSW and Queensland.

But it may complicate things terribly for Scott Morrison, too. All of the debate so far around when temporary stimulus should be brought to a halt have been predicated on the idea of Australia moving relatively uniformly into a post-pandemic phase.

What happens if we have a two-speed recovery? If Victoria has to stay locked down for significantly longer than NSW or Queensland, leaving unemployment much higher and the business landscape considerably worse?

If JobKeeper could be extended for certain badly-hit industries, as the government has hinted it may be willing to consider, what about extending it for badly hit regions and states? And how will that go down with other states?

And what happens if a further outbreak requires lockdown in another state, down the track? The whole idea of a uniform national pandemic, rather than six state pandemics, or who knows how many regional pandemics, may end up proving unrealistic as waves of infections come and go

We should all cross our fingers that Victoria gets on top of the spike quickly — Scott Morrison and Josh Frydenberg more than most.

Are you worried about going into a second lockdown? Let us know your thoughts by writing to letters@crikey.com.au. Please include your full name to be considered for publication in Crikey’s Your Say column. 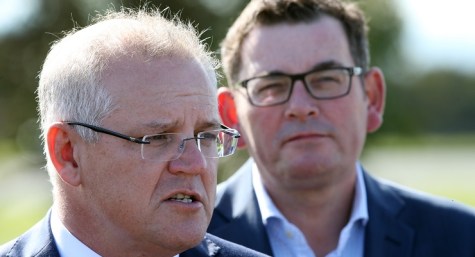 The new normal of patchwork pandemics is very, very abnormal 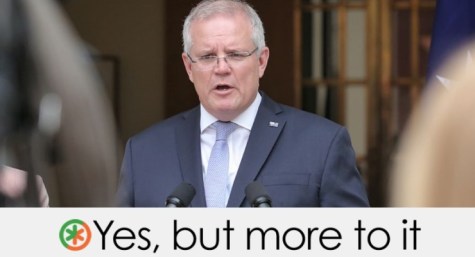 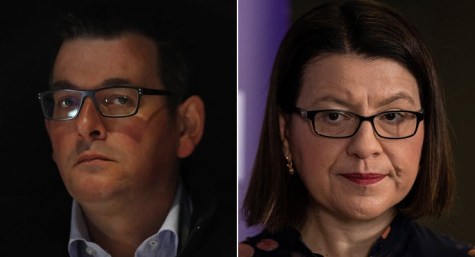 We need to pursue an elimination policy for Covid 19. Unless we do, we will be saddled with government control of our lives which will become increasingly draconian. Eradication IS POSSIBLE. We just need a real government- one who works for the people. The current ‘government’ is, for all purposes, a criminal cartel whose only interest is the welfare of billionaires, foreign corporations and untouchable criminals.

Exactly, we were so close. If only there was the will.

Rubbish, the tests they do are not for some weird new thing, the fact is WHO downgraded it to flu right back in March, then came the idiotic Neil Ferguson model and the western world started behaving like cretins. Coronas have been around for millions of years and will be around for all time. If we did eliminate this non new virus there will be 20 mutations next year, what then, will we shut down the world again and again. if we shut down the world over corona virus pandemics and epidemics it would be always closed because they cause common colds and flus in the hundreds of millions every year.

A Trumpian response MarilynS. Covid 19 HAS NOT BEEN DOWNGRADED to a flu. It isnt a flu. You only demonstrate your ignorance saying that. It is indeed a corona virus. It is possible to erase this particular virus as distinct from other Corona viruses.. I am surprised Crikey let such a dangerous and uninformed lie be printed. Do images of mass graves mean nothing to you? The countless deaths in America and elsewhere in the world you claim are because of just ‘the flu’. This is dangerous mistruth peddling.

Penny, you say ‘elimination’ in one sentence, ‘eradication’ in another. They’re not the same. Many (large) pockets of Australia have never experienced the virus, others may have already eliminated it from their rough boundaries or will soon. But total elimination from the whole country, especially the big cities, seems extremely difficult, even with ‘borders’ secured ad infinitum. Eradication means the complete disappearance of a disease, as in the eradication of smallpox (at least ‘in the wild’ – who knows what might be held in labs somewhere?) as the result of global vaccination programs. Eradication will only be possible in the case of the coronavirus, also, if a vaccine is found and universally administered. This might turn out to be a pipe dream.

It might sound pessimistic to suggest that controlling the movement of people within and into the country – to the extent required for national elimination – will be far more difficult than in NZ, where celebrations turned out to be somewhat premature; but realistically, the idea of eliminating coronavirus from Australia permanently is an illusion, no matter how determined the various governments are.

Semantics. My meaning is clear. And yes it will be difficult, but it will be worth it.

SARS 1 was eradicated CW. Literally. They don’t have to become endemic.

MarilynS doesn’t understand the situation at all and just parrots lines fed from other sources, probably Facebook feeds.

Thats what it looks like. She is a spreader of Trumpain ‘truths’. Very dangerous.

Mainly by you and his opponents?

FWIW, according to the Australian Covid 19 site there are 5 people in hospital in Victoria with the disease and 9 in New South Wales.

I couldn’t find the statistics on the number of active cases in the states, but I suspect there are still more in New South Wales than in Victoria.

And the experience of New Zealand and the AFL should be a warning to the people wishing to open up more quickly, particularly for international visitors.

Wayne, for the most comprehensive data on Covid 19 in Aust, this site is a great resource.
https://www.covid19data.com.au/

And it shows that we had sweet bugger all of bugger all. The so called experts have admitted they went with the worst case scenario so the morons would be good compliant little sheeple. You have to ask yourselves if .02% of the population getting a very minor virus and recovering was worth the destruction wrought by these clowns going with a worse case scenario to keep us like mushrooms.

Calling its a ‘very minor virus’ is so dangerous. This is what Trump did and still does. Death rates soaring in so many countries and you think that is a minor thing? Your comments are dangerous and I wonder just why you would want to think you are so clever to see through the conspiracy you seem to think this is, and yet be able to ignore the half million plus people who have died and the millions more yet to die from your ‘minor’ virus. Do you follow QAnon by any chance? Your reasoning sounds as bizarre as the people who are victims of this cult.

Your use of the word “sheeple” reveals where you are getting your opinions from, Marilyn.

I’m looking forward to the glitterati blaming Chairman Dan for all their woes.

Though yeah, the fact that we didn’t go for elimination and achieve that should be Scotty from Marketing’s cross to bear and no one elses.

but the reality is...
Reply to  Rob

Where has it been eliminated? Please don’t tell me NZ (9 active cases)

Chairman Dan’s political antennae seems a bit askew here. Blaming Morrison (as you have done) may make some sense as a utterly pointless exercise. But I’m less sure of the wisdom of wagging a censorious finger at families (also know as voters) for “visiting their loved ones.” How dare they!

Dog's Breakfast
Reply to  but the reality is...

WA, NT, SA, they have eliminated it.

Just gotta sort out the rest of the planet now.

Probably just me, but I find it curious how Scotty From Marketing and Friends went on as they did about “terrorism” (and what they did to our freedoms from behind that excuse) : but when it comes to exposing us to this virus in the name of “the economy” there’s bugger all regard for our welfare?

“Herd to school/public transport/work”, “open your borders”, no mass testing (to find the level of infection)?

Clearly written by someone from NSW. Victoria has been doing a lot of testing in recent times (unlike other states). Have a look at the rates per 100,00 people per state – Vic is well ahead. Absence of evidence in other states is not evidence of absence.