As Victorian Labor gets a federal takeover,we look back at a not-too-distant scandal of similar political dimensions and how, despite plenty of huff and puff, the Andrews government got re-elected and the world moved on.

This isn’t the first time Dan Andrews’ Labor government has been embroiled in a politically-damaging scandal. Three months before the 2018 election, 17 former campaign operatives were arrested in a series of dawn police raids. It was the most dramatic point in a scandal that had been simmering for nearly all of Andrews’ first term as premier.

The red shirts scandal (or “rorts-for-votes” according to News Corp) began with a report in the Herald Sun back in 2015. Labor had paid casual electorate officers to don red shirts and campaign for the party in marginal seats during the previous year’s state election with money out of the public purse.

Taxpayer-funded electorate officers aren’t allowed to campaign. The beneficiaries of the scheme were paid according to a “60:40 split” between party funds and the taxpayer-funded electorate officer budget, although many suggested they weren’t expected to do anything other than campaign-related work. When some of the red shirts questioned the legality of the scheme, their concerns were glossed over. An initial police investigation cleared Labor of criminal activity.

Labor’s hopes the scheme would blow over were dashed when then-Greens leader Greg Barber introduced an upper house motion calling on the state’s ombudsman Deborah Glass to investigate. Andrews fought hard to block the probe, with an unsuccessful legal battle that was finally thwarted by the High Court.

In March 2018, six months before the election, Glass handed down her report. It found $388,000 worth of taxpayers’ money had been used in the scheme, and 21 Labor MPs, including several ministers, had breached guidelines. Labor repaid that money, but the process of investigating the scheme, and the legal battle to stop it still cost well over $1 million.

After reviewing the evidence in the ombudsman’s report, the police fraud squad began an investigation into the scheme. The opposition called for MPs named in Glass’s report to stand aside while the investigation was on foot. They refused.

In the end, none of it really mattered. While the Coalition and the Herald Sun thundered, Andrews was re-elected in November with an increased majority.

The police investigation would drag on a little longer, but by early 2019, all MPs involved in the scheme had been cleared of any criminal activity. In October, the police closed the investigation, without laying any charges.

Opposition leader Michael O’Brien was furious, and called for the police to release advice from the Office of Public Prosecutions that led to the investigation being closed. But everyone else had moved on. More rottenness would be just around the corner. 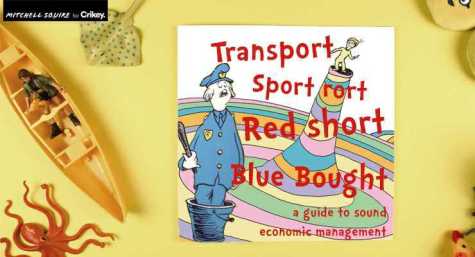 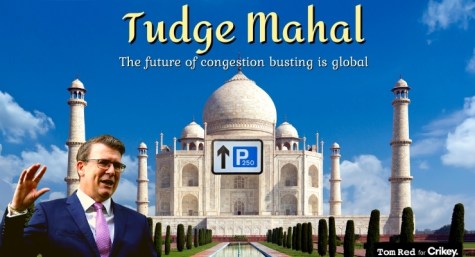 Labor moves on car park rorts, but government uses same line of defence: the people voted for us, didn’t they? 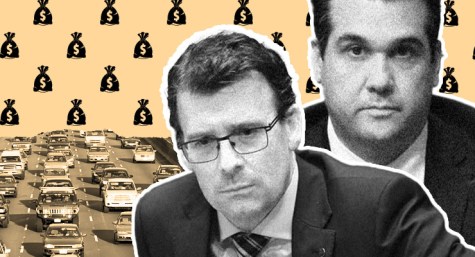 Rorting is rife. But do voters care? Perhaps not

Ugly stuff indeed, but while the commercial media screams blue murder over this small beer, the Federal government rorts on boldly with staggering sums of taxpayers money with no attention at all.
and the ultimate irony is that is just this sort of factional skullduggery that got Morrison his pre-selection for the coalition.

Absolutely correct, Fairmind!
Not a word in Crikey…or anywhere else except The New Daily… about the Coalition use of taxpayers money…$billions…in the form of Community Development Grants during the last two federal elections to get themselves elected. In other words…the L/NP used taxpayers’ money for their own party political propaganda, and they have ‘legislated’ this rort to continue until 2026…conveniently over the next two election periods! This is in addition to the much smaller Sports-rorts fiasco.
At least the Labor Party paid back this money you so helpfully inform us of. When are you going to insist that the L/NP do the same?????