Glee and envy greet the political death of a Labor warlord. But is this really the end?

Labor factional power broker Adam Somyurek has been sacked from the Andrews government following a damning investigation by Nine. So what's next for Labor'?

Your correspondent watched the 60 Minutes/Nine investigation into the now (possibly now concluded) political career of Victorian minister and factional leader Adem Somyurek with the usual mixture of glee and envy.

Envy that someone else had got the full story, glee at months of audio tapes of Somyurek doing his thing — Somyurek-speak has two forms, verbs and “fuck” — rolled out for all to see (complete with Crime Stoppers-style reenactments) by an organisation large enough to withstand legal blustering from those featured.

The gist for those who haven’t watched it — and you really should watch it — is Somyurek, leader of the Labor “Mods” faction, caught running a vast branch-stacking operation with a view to controlling the ALP.

The Somyurek operation was hitherto documented most fully by Crikey in your correspondent’s series “Red Brotherhood At War“, which described how Somyurek had carved off his own mini-faction from the Shop, Distributive and Allied Employees Association (the Shoppies, or SDA), forming a “Centre Alliance” with the Bill-Shorten-backing Australian Workers Union, and then did a deal with a new CFMMEU faction the “Industrial Left”, which had jumped out of the Victorian Socialist Left.

Initially, Somyurek’s attempt to build a super-factional alliance to have sufficient numbers to control party conferences was union-based, with control of suburban branches as a parallel process.

But that appears to have relied on getting the SDA on board, and it proved reluctant. I guess SDA president Gerard Dwyer spent so much time closeted with supermarket leaders negotiating a better deal for his members that he couldn’t come out and talk to Somyurek.

When the process stalled, Somyurek and state member for Lara John “Butter Dish” Eren had a loud argument in the state parliament dining room in which, it is alleged, Eren was threatened with a butter knife (Somyurek denies this).

Somyurek’s plan B was a total onslaught to take over as many branches as possible, a gruelling process involving getting thousands of people signed up at actual meetings.

A wholesale takeover of Stephen Conroy’s old faction was planned; this was now “led” by Richard Marles and Eren, and their failure to agree to a deal with Somyurek’s Mods was what the afternoon tea chat was about.

So Somyurek’s Mods (i.e. moderates, initially to distinguish themselves from the conservative Catholic right faction of the SDA, known as “the Taliban”) signed up a few Conroy branches, and then went busload by busload to get the rest.

As the 60 Minutes tapes make clear, Somyurek has relied on the Turkish-Australian community while branching off into Indian-Australians. Funnily enough, it was an influx of Turkish-Australian members that saw Marles gain preselection in Corio in 2007.

Turkish Australians appear to be a sort of currency in the ALP, like cigarettes in prison. If some of their leaders object to this characterisation, maybe they should fucking do it a bit less.

Somyurek — whom successive Crikey editors have refused to let me call the “Sultan of Springvale” — has known that his opponents couldn’t really marshal a similarly directable force.

They’re trying to stack “with Anglos” he says on tape, and notes that Anglos “don’t stick around”. Somyurek also claims to use Young Labor, whom he describes as “slimy little … fucking gay kids”.

Of course Somyurek shouldn’t be anywhere near power at all, after he was found to have bullied a female staffer for several months in 2015 and resigned from cabinet. By the Victorian government’s own guidelines, their local government minister is guilty of violence against women.

What a surprise that Somyurek is caught on tape calling Minister for Prevention of Family Violence Gabrielle Williams “a stupid moll” and worse. Why, it’s almost as if this anti-violence against women thing is just a sham for the masses. How absolutely amazing he would screw that strategy up, just by being let back in.

One thing many will have missed in the report is a stray remark Somyurek makes that his power will be more than just “sacking councils”.

As local government minister, Somyurek has pushed through regressive legislation to turn councils into nine-ward, one-member outfits, instead of proportionally elected three ward, three member councils. The move makes it harder for the Greens to get control of councils (who haven’t covered themselves in glory, in my opinion — the Darebin Greens haven’t taken as tough a stand as they could for the Preston Market, recently voting up a motion that requests the Victorian Planning Authority to preserve the existing market from demolition, for apartment development), and easier for local Labor stooges to be plugged in.

Thank God for this stand against Labor’s corruption by Nine, the media outfit chaired by… checks notes… Peter Costello.

It’s a helluva thing to land a righteous and justified blow against Labor on the same day that 70 Age journalists and editors sign a letter protesting the paper’s rightward drift under Costello consigliere James Chessell.

Meanwhile, what next for the Sultan of Springvale, the uber-factional warlord? He rose to all this from a cab driver. Will he soon be an Uber guy again?

NOTE: This article has been updated to correct a reference to the Darebin council’s recent vote on the Preston Market. 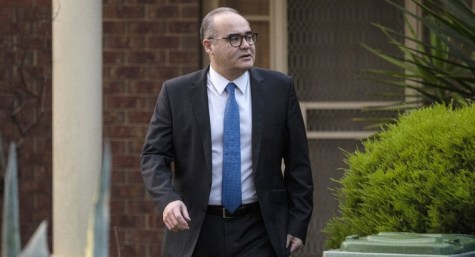 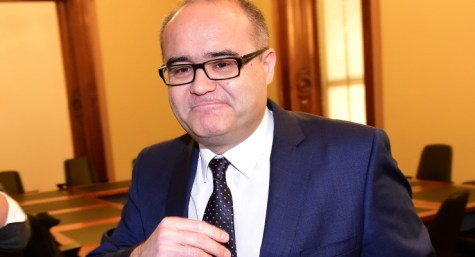 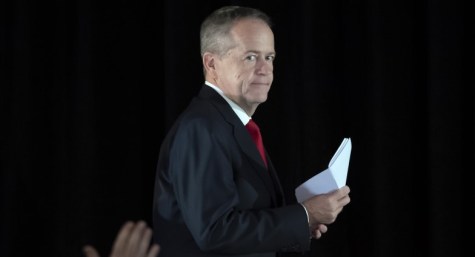 The surveillance effort was pretty impressive. The electorate office was good, but the car phone?

In other contexts, the use of migrant groups as fodder for branch stacking might be regarded as bordering on racism.

Your editors, Guy, have allowed you to call Somyurek “the Sultan of Springvale” by allowing you to report that they did not all this rage before. Your editors were correct, as the tag is a bit of ethnic denigration but I suppose that they now think such denigration won’t damage a reputation that Samyurek has himself shafted. Still, they were and are still correct in saying that Samyurek’s power grab has nothing in principle to do with his being Turkish, although you point out that he has exploited ethnic affiliation to his advantage.

Weird spell checker replacement: put “did not allow this” in place of “all this rage”. I should add that your story has lots of interesting detail about the internal machinations of the ALP. What they show is that the ALP has a sadly spotty record for serving the interests of the working.

Oh lighten up Ian. If he was Russian, i’d call him the Tsar of Vermont South, the Kaiser of Clarinda etc. It’s not a bad thing to be a sultan.

Congrats, Guy. After waiting patiently you managed to call him the Sultan of Springvale twice.

Is the simple name of a “Turkish taxi driver” allowed?

It was said lightly, Guy, but it is a bit irrelevant whether it is not a bad thing to be a Sultan

Surprised? …. Unethical behaviour in politics? “Branch-stacking”?
A couple of “Most humble days of my life” and “Scotty From Marketing apologies” and he should be off to carry-on on his merry way again?

Funny watching Albanese beset by that Canberra(?) ferret fesnyng media pack – carrying on themselves as though this was the sort of “natural selection” confined to Labor?
Why doesn’t the media do a story on the sort of crap 60 Minutes and the rest of the media serves up “in the public interest”?

To my shame, I was part of a branch stack that got Leaping Leo into the sinecure of Grayndler in the 70s.
Jeannette McHugh, I apologise but I was young, dumb & callow.

This is all ripped off the plot of a Murray Whelan novel, isn’t it?

Just when we assumed 60 Minutes was an hour wasted this demonstrated what commercial network current affairs can do if they are serious about news & exposes.

It was refreshing to see 60 Minutes minus the naff obligatory celebrity interview. The executive producer should take note that there’s an audience for well-researched investigative reporting.