The COVID-19 commission continues to avoid transparency, plus more of the latest coronavirus news.

The National COVID-19 Co-ordination Commission refuses to release its conflicts of interest, another school is forced to close, and we see cases spike in Indonesia.

Crikey has been keeping an eye on Scott Morrison’s hand-picked, heavily corporate and entirely opaque National COVID-19 Co-ordination Commission, the group tasked with shaping Australia’s economic road to recovery. And it would appear that transparency is not getting any higher on its list of priorities.

Only one of the six commissioners — former Labor minister Greg Combet — volunteered to release their conflicts of interest when approached by The Guardian.

The government has already refused to release members’ conflict-of-interest declarations.

There has been a new surge in COVID-19 cases in Indonesia, recording three consecutive days of around 1000 new infections this week.

The country was slow to report cases, and despite worries of a post-Ramadan spike, the central government and several regional administrations opted to gradually ease lockdown measures.

Another Sydney school has been forced to close after a “probable” case of COVID-19 was identified on campus. It’s unconfirmed whether the case, at Rose Bay Public School, was a student or teacher.

If confirmed, this would be the third time this has happened in Sydney since schools went back. Waverley College and Moriah College both had to close after students tested positive in late May.

Of course, you could be forgiven for missing it, under the cacophony of culture warring over Black Lives Matter protests and their apparent role in setting Australia’s COVID recovery back. Just this morning Finance Minister Mathias Cormann, really going on about all this, said it was worth talking about ceasing protesters’ JobSeeker payments.

But then, as the government has always insisted, returning to school is entirely safe.

Travel and aviation have, for obvious reasons, been among the industries most disastrously hit by the COVID lockdown. Now various parts of the globe, tentatively easing their travel restrictions, are looking at measures to boost tourism.

As noted in the Worm this morning, the Northern Territory government has announced a tourism voucher scheme that offers $200 in matched funds for Territorians’ tourism in the NT between July and October. And Australia is one of four countries Japan is planning to allow to enter the country for business, learning and travel purposes over the next three months.

We are seeing a similar push here in Australia, with The West Australian reporting that Prime Minister Scott Morrison plans to read state and territory leaders “the riot act” over state border closures. The “open the borders” slogan (yes, we see the irony too) has been enthusiastically taken up by Liberal Party MPs.

A Facebook frame — specifically refering to Queensland, it would appear — apparently mocked up by Senator Amanda Stoker’s team, is spreading across various conservative profile pics:

Lockdowns eased around the globe as Queensland heads back to school 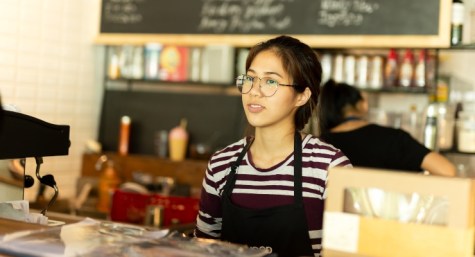 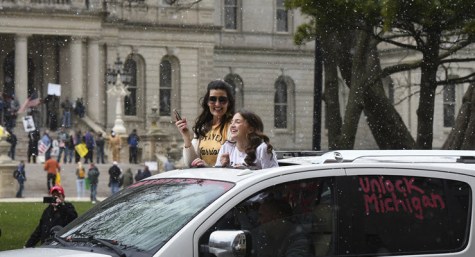 Is there a better ad for Quexit than that creepy mug?