The Coalition bungled its stimulus announcement and it looks like it'll bungle any chance of reforming the sector too.

After stumbling on both the politics and the economics of its construction industry stimulus last week, the government looks set to repeat the error on childcare — although not exactly in the way its critics are claiming.

The announcement of free childcare in early April was always explicitly aimed at keeping the sector afloat, and in turn enabling it to continuing providing care for the children of essential workers (remember those?).

At the time, the government was also explicit that it was temporary and would be reviewed in weeks.

Two months later the government has said the sector will return to its pre-pandemic model in July, but with an extra $700 million assistance package, conditional on centres keeping staff on and freezing fees at pre-crisis levels.

As commentators foresaw in April, working parents — which on childcare almost invariably means working mothers — are not happy. And the government hasn’t helped its cause on that score.

A number of sector advocates and press gallery journalists have noted the contrast between the government turning off the tap of taxpayer support for a sector that predominantly employs women while turning on support for the male-dominated construction sector — especially given it is women who have disproportionately suffered the unemployment impacts of the pandemic.

The accusation of economic policy sexism is unfair, however. This government presided over a historic increase in female participation in the jobs boom under Malcolm Turnbull, and focused on more spending on health, care services and education.

It stood in contrast to the economic policies of previous governments aimed at construction and other male-dominated industries like manufacturing and mining.

What was unhelpful, however, was Scott Morrison’s adamant assurance last week that JobKeeper payments would stay in place until September.

“People can count on that,” the prime minister said.

Except within days that commitment was broken for the childcare sector. People can’t count on what Morrison promises, it turns out.

The $700 million transitional funding is primarily aimed at centres themselves, providing 25% of pre-crisis fee revenue.

But the activity test for access to the childcare subsidy will also be loosened so that working parents affected by unemployment or income reductions can access 100 hours a fortnight of care.

Even so, the change means some parents, especially those on reduced hours or reduced wages, will have to withdraw children from care, with all the well-established problems that creates for kids.

In the government’s view, rightly or wrongly, this is preferable to childcare centres — many of which say they’re struggling to survive under the free care/JobKeeper model — shutting down.

But it will inevitably magnify the effect of the recession on female participation and employment, which is the real issue that lies beyond the transition to something like a normal economy.

But the extent of the impact is open for debate. The Abbott government asked the Productivity Commission to examine childcare and early childhood education, but hamstrung the inquiry by demanding it only consider changes within then-existing funding.

One of the observations noted by the commission was that childcare wasn’t the dominant factor in female workforce participation, and the changes it proposed wouldn’t have a huge impact on female participation.

The real villain, it said, was effective marginal tax rates.

The loss of transfer payments, the impact of income tax, and the scaling back of childcare subsidies as income rose meant for many working women there was just no point in working extra hours.

The Grattan Institute explained this better in April, exploring scenarios such as “mum working for about A$2 an hour on her fourth day, and for nothing on her fifth day” of the working week.

Turnbull significantly increased the level of childcare investment in a 2017 reform package, which included lifting the maximum subsidy to 85% and removing the hated cap on annual subsidy payments.

As the Grattan authors noted, however, high costs mean families still struggle to afford childcare, even before the impact of effective marginal tax rates. They suggested universal free childcare would cost too much and unfairly benefit high-income earners who receive no subsidy.

Instead they argued for increasing subsidies and reducing the taper rate to curb the draconian impact of effective marginal tax rates.

That is likely to have a greater impact on female participation than the deliberately minimalist changes recommended by the Productivity Commission.

At a moment when we face going backwards on that key measure, the government should be focused on getting the economics right there — even if it can’t manage the politics. 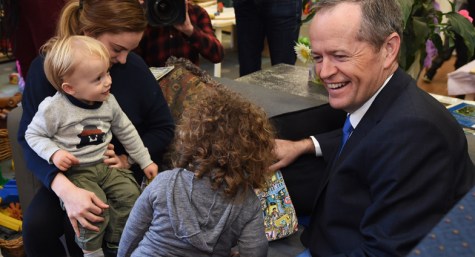 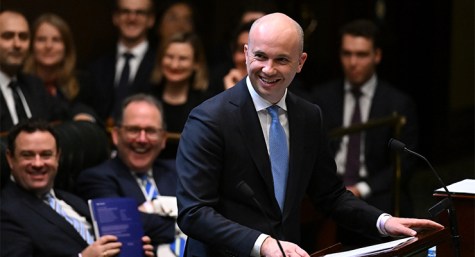 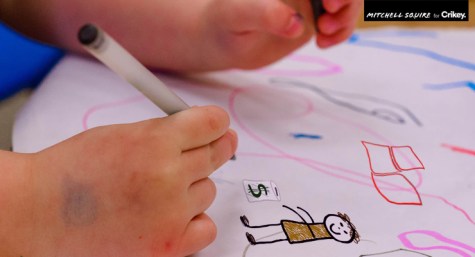 “People can’t count on what Morrison promises, it turns out.” Really?

My only observation is why am I not surprised about this?…

Increased spending on education? Yep in private schools. Idiot LNP childcare policies Bernard.
Problem: For Profit Childcare, especially big corporate child care, too much money out to expensive.
Scummo and LNP Solution: Increase the subsidy to the parents.
Providers: Whacko, lets put the fees up.
Rinse and repeat.
Problem: Women who are working from necessity because no one can afford to be on a single income unless they are Scummo’s 111 000 a year battlers.
Solution:Better wages and cheaper housing
Scummo and LNP solution: No not that not ever.

Early childhood care and education is critical to create an increasingly just and equitable society. But what we have created in Australia is an insanely expensive child-minding service so more women can become wage slaves in the service of the lesser economy. It is expensive because it is entirely privatised. Yet workers in the sector, like those in corporate aged care, are paid appallingly low wages.

State governments have effectively taken over year 0 prep in the pursuit of better and fairer education outcomes. I suggest it is time the federal government dis its bit and starts finding early childhood education as education, not as subsidies to corporate child-minders. Just like school, you get suboptimal education outcomes if you pay peanuts to teachers.

The whole early childhood caper needs to be completely re-designed. But you need visionary and courageous leadership for that. And all we have is #ScottyFromMarketing.

Effective marginal tax rates have long been the bugbear of tying benefits to wages / hrs worked etc. The wider problem of marginal tax is often mentioned as a reason to reduce it for high income earners.

I’ve long wondered too at cost comparisons between childcare centers, kindergartens and schools. Not much talk much about it. How about it Crikey ?