Protesters defied authorities and the coronavirus to support the Black Lives Matter movement across Australia on Saturday.

Thousands take to the streets to support the Black Lives Matter movement, but will it lead to more health risks? New Zealand declares victory over COVID-19. Elsewhere, though, the picture is far less rosy. Brazil now has the second-highest number of cases in the world after the United States.

Thousands of Australians took to the streets on Saturday to protest our country’s pernicious legacy of Indigenous deaths in custody and show solidarity with Black Lives Matter rallies that erupted across the United States after George Floyd was killed by Minneapolis police officers.

Protesters defied the pleas of politicians, and a failed court challenge by NSW Police, to turn out in huge numbers. But although the rallies were outdoors, and organisers took great precaution to minimise risks, there are fears large gatherings could worsen the spread of COVID-19.

On the other hand, by the weekend, our case numbers had slowed to a trickle. NSW, the worst-affected state, hasn’t recorded a case of community transmission in 13 days over the weekend.

Health officials are warning protesters to monitor for symptoms and get tested early. And Liberal politicians are calling on federal MPs who attended the protests — just three of them turned up — to self-isolate and not come to parliament.

Meanwhile, the permanently–embattled NSW Police Minister David Elliott has promised to ban all future protests of more than 10 people the rest of the pandemic.

New Zealand eliminated the coronavirus this long weekend — as of yesterday, the country has zero active cases. Prime Minister Jacinda Ardern, who told reporters she “did a little dance” on hearing the news, announced the country would be lifting all its lockdown restrictions, except for border rules and the 14-day quarantine.

Kiwis will now be able to return to pre-pandemic life — social distancing restrictions will be gone, venues reopened, events back on. New Zealand responded aggressively to COVID-19, with Ardern pursuing an “elimination” strategy, shutting down all but the most essential services, a stricter lockdown than any Australian state.

The aim of New Zealand’s pandemic response was to rid the country of the virus after a short, sharp lockdown, offsetting that economic pain with a quicker, earlier reopening than anywhere else. The strategy seems to have worked.

But everywhere else, it’s getting worse

As more western countries ease restrictions, the World Health Organization warned that the pandemic is getting worse, and urged governments not to take their feet off the gas.

On Monday, there were around 136,000 new cases recorded worldwide, the biggest daily increase we’ve seen so far. Brazil, which now has the second-highest number of cases in the world after the United States, is a big source of that surge.

But far right President Jair Bolsonaro, who has always been hostile to the science around the pandemic, has stopped releasing new case numbers, and wiped all data off government websites. It’s a move that has left politicians and health experts furious. Brazil doesn’t have a health minister, after Bolsonaro got rid of the last two.

The government has announced free childcare, a godsend for many families and providers during the pandemic, will wind up on July 12, because the scheme has “done its job”.

Childcare providers will also stop receiving JobKeeper payments from July 20, even though the scheme is set to last up to September. But Education Minister Dan Tehan said this morning that the government had always planned to review JobKeeper in June. The move has been slammed by Labor and the Greens, who argue it will make childcare unaffordable for many families during a recession. 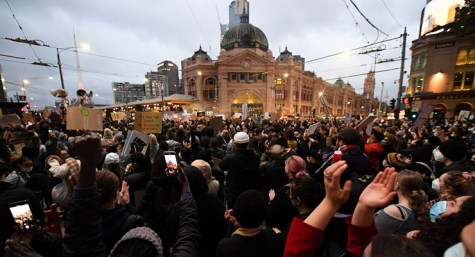 Low case numbers, protester tests positive, and how long has the virus been around? 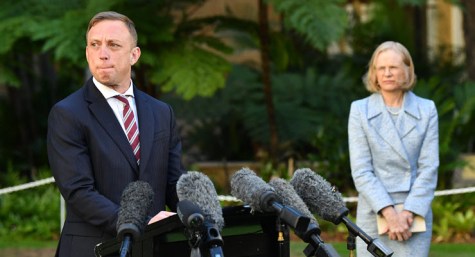 A new wave in America, the COVID death that wasn’t, and ad spend plummets 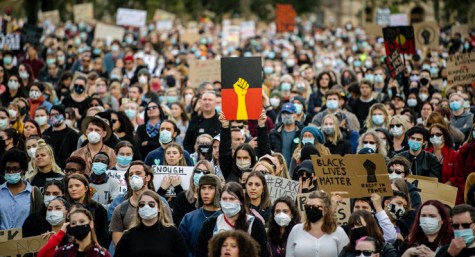 Lockdown has side effects. Tourism has been an important mechanism for spreading understanding and world peace since World War II. If we cannot restore that enormous flood of international traffic, we need to find another mechanism that speaks across cultures and continents.

It looks like it’s austerity season. Good thing that policy didn’t cause major problems after the GFC.

And should the two million Australians who visited their local shopping mall on the weekend, rubbing shoulders (sans masques) in the aisles of Coles and Woolies, and along the mall’s corridors, put themselves into self isolation for two weeks? Et tu, Matthias?

I think that masques are still prohibitted under S/D even masked ones.