The disability sector says the death of David Harris, revealed last week by Inq, shows what is wrong with the system.

Disability advocacy groups have called for greater accountability in the sector following Inq’s investigation into the death of David Harris, who died last year after his National Disability Insurance Scheme (NDIS) funding was cut off and his support workers stopped visiting.

“We need agencies, at both the state and federal levels, to take a more proactive response, and to have real teeth in dealing with these kinds of failures,” she said.

“What happened to David Harris is appalling, and shows starkly what is going wrong with the current accountability mechanisms in the disability support system.” 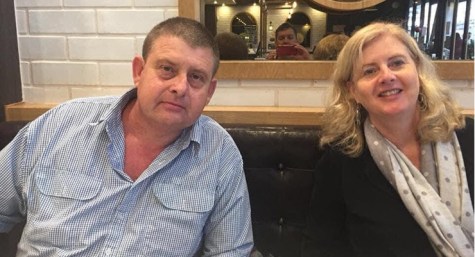 “[Harris’] tragic death shows significant failings within our support systems for those with severe mental health issues,” he said.

“An inquest is needed into David’s abhorrent death and we must learn from this and ensure that changes are made and replicated across all jurisdictions … This shouldn’t have happened and should not be allowed to happen ever again.”

Joyce added the general public needed to step up to check in on the vulnerable. “As a community we need to do better, to ensure that everyone’s life counts,” he said.

NDIS clients can report complaints to the Quality and Safeguards Commission — though several participants have told Inq they don’t think the commission has the power to make meaningful change. Lodging complaints can also have a detrimental impact on the relationship between client and provider.

The National Disability Insurance Agency (NDIA) told Inq there was no wrongdoing by any of the agencies caring for Harris.

Harris’ sister Leanne Longfellow told Inq she couldn’t believe there had been no protocols breached in the lead-up to Harris’ death. His body wasn’t discovered until around two months after he died, when Longfellow — who lives interstate — called NSW Police to conduct a welfare check.

“I found out no policies had been breached — everyone had followed policy supposedly — and this is the outcome,” she said.

She said trying to get answers from Harris’ NDIS providers, the NDIA and politicians had been incredibly difficult. Despite being the executor of Harris’ estate, Longfellow had to launch a freedom of information request to find out details about his NDIS plan. The pages released were heavily redacted.

This morning, the NSW Coroner said they would review Harris’ file.

Opposition NDIS spokesman Bill Shorten has called for an inquiry into Harris’ death.

“This kind of system failure resulting in death by neglect needs to be approached head-on with honesty and genuine reform,” he said in a statement.

“An independent inquiry must be launched into these deaths by neglect of NDIS participants. Anything less is just sweeping these deaths under the carpet.”

Do you know more? Let us know. 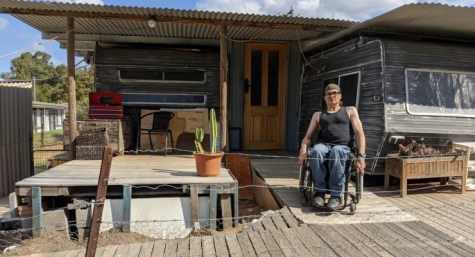 Thanks for following this up Amber. The twenty odd years prior to NDIA saw big improvements in accountability and checking procedures in disability services. I was initially happy when NDIS was announced but my heart sank when I realised that it is a privatised honey pot. The big promise was to cover the many excluded by gaps in services eligibility which has been patchy at best. Accountability and checks of services and fraud prevention seem to have been poorly thought out if at all.

David’s death needs proper enquiry and follow up action. We saw decades of this laxity turned around and now we need to do it all over again. The good news is that plenty from the old systems now work for NDIA so the knowledge is there.

Get rid of ‘choice’. A person who is not part of the system is not in a position to know who will provide the best service. Fund reputable, experienced not-for-profit mental health and disability service providers who employ well-trained, experienced and empathetic staff, preferably as permanent full-time or part-time employees and ensure that there is a case manager responsible for co-ordinating and managing the person’s needs. And then either the Federal or State Government needs to monitor the agencies’ performance, not just through written reports against ‘key indicators’ but by regular visits.

Unfortunately I think the Royal Commission into Aged Care has revealed just how little “teeth” a regulatory agency will be given when business-friendly governments convert Aged Care into Aged Business. Deja vu.