Good morning, early birds. The Chinese government has announced it plans to impose new security laws in Hong Kong, and, in a separate story, has begun warning state-owned utilities against purchasing Australian thermal coal. It's the news you need to know, with Chris Woods.

Following a year of protests in Hong Kong, the Chinese government will today table a resolution enabling its top legislative body, the Standing Committee of the National People’s Congress, to pass national security legislation targeting the city-state.

While the exact details are yet to be published, Hong Kong paper the South China Morning Post reports the new bill would ban secessionist and subversive activity, foreign interference, and terrorism. As the ABC reports, Donald Trump has denounced the news, while social media posts are already emerging across Hong Kong urging another round of mass protests.

IS A PANDEMIC REALLY THE TIME: According to SCMP, Hong Kong has, with three exceptions, been free of community transmissions since April 19. Watch that space, post-mass protests.

MORE FUEL TO THE AUS-CHINA FIRE

Amidst an emerging trade war between Australia and China, analysts and industry insiders have told The Age that the Chinese government has begun warning state-owned utilities against purchasing Australian thermal coal and to instead focus on domestic orders.

DANDREWS GOES IT ALONE: According to The Australian ($), FOI documents obtained from the Victorian opposition show Daniel Andrews’ Department of Premier and Cabinet refused DFAT access to details of national security before signing up to China’s Belt and Road Initiative in October 2018.

PS: Sadly, The Guardian reports that the pandemic has forced Christian Porter to delay the draft bill for a Commonwealth Integrity Commission. Priorities!

Lives are being destroyed, and the Premier’s conducting some social experiment here. They could make a call today that the borders could reopen in July, and you would have those tourism operators at least with some light at the end of the tunnel.

The guy who runs offshore refugee camps, tried to deport Indigenous Australians, and locked up a family of four on Christmas Island is worried Queensland’s border restrictions are destroying lives.

“Why the hell would anyone start a regional newspaper in the middle of a pandemic?

“For Michael Waite, there wasn’t a more important time for his home town of Naracoorte in South Australia to have its own paper. Australian Community Media (ACM) had just closed down regional papers across the country.”

“A Senate committee inquiry into domestic violence, established after the murder of Hannah Clarke and her three children in February, wrapped up three months early yesterday without any submissions or public hearings.

“One woman is killed every nine days by a partner, while one in six women have experienced physical or sexual violence from a current or previous partner they lived with.” 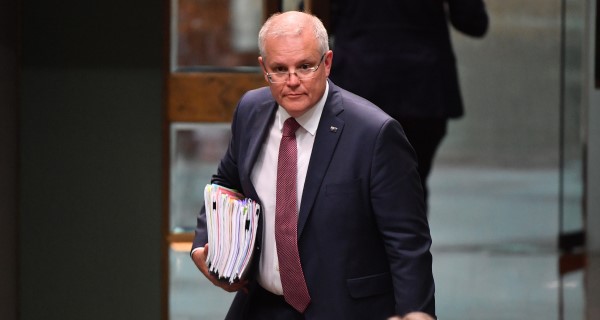 “Interestingly, the dramatic rise in Morrison’s popularity has not been matched by support for the Coalition. The latest Newspoll has it ahead of Labor by just 51 to 49 on a two-party-preferred basis. That’s a relatively minor change from the pre-pandemic position in January when Labor was ahead by 51 to 49.

“Compare this with the position across the Tasman where the poll numbers for New Zealand’s Prime Minister Jacinda Ardern and her Labour Party have both jumped.”

Open Skies Treaty: US to withdraw from arms control deal

We were prepared to act on COVID-19, but will we do the same on climate? — Waleed Aly (The Sydney Morning Herald): “What exactly do we think of expert advice? It seems an opportune moment to ask because we’re at a point in our COVID-19 experience where it feels as though lots more is up for grabs. Witness, for example, the growing niggle between our various governments as NSW and the Commonwealth pressure Western Australia, South Australia and especially Queensland to open their borders.”

Coronavirus: Daniel Andrews is in a state of half-witted delusion over China ($) — Greg Sheridan (The Australian): “Victorian Premier Daniel Andrews, in my view, is behaving foolishly, incompetently and in effective, if not intentional, betrayal of Australia’s national interests in his embrace of Beijing’s Belt and Road Initiative, and in his government’s bad-mouthing of his own country in relation to the series of disputes between Beijing and Canberra.”

Journalists on the ramparts — Hamish McDonald (Inside Story): “Instead of cool rationality, a wave of patriotic flag-waving took hold of senior members of the press gallery, urged on by China hawks in Canberra’s military-industrial circles. The latter notably include Peter Jennings, director of the Australian Strategic Policy Institute, financed by the defence department, military suppliers including Lockheed Martin, BAE, Northrop Grumman, Thales and Raytheon, and the governments of Japan and Taiwan.”

Beijing’s Hong Kong plans may lead to an exodus, and Australia must be ready