Holidays are here again — but can we be trusted?

Australia hits a grim milestone, NSW looks at reopening and China doesn't let Australia have its victory. Plus other news from the virus front.

It’s a grim milestone which shows how the country has slowed the outbreak. The first confirmed case on January 25 was 115 days before the 100th death. The same gap was around 58 days in the United States, and 47 in the United Kingdom.

At its peak, the pandemic has killed thousands per day in both those countries.

So with our cases down — and despite fears about a possible second wave — Australia continues its slow reopening.

From June 1, NSW will allow travel to the regions. Art galleries, museums and libraries will open.

Qantas, meanwhile, announced its health guidelines in anticipation of air travel resuming. To the dismay of infectious disease experts, there will be no social distancing required on flights, or any requirement for passengers to wear masks.

Australia gets its probe, but at what cost?

Last night the World Health Assembly backed a motion establishing an independent review into the coronavirus.

The review, pushed for by Australia and the European Union, passed unanimously — even China signed on as a co-sponsor.

But Australia’s staunch advocacy for a probe long before it had broad international consensus may have put its relationship with Beijing through the ringer.

China has repeatedly tried to downplay Australia’s role. Yesterday its embassy called Canberra’s attempts to take credit a joke, and this week it confirmed huge tariffs on Australian barley after suspending imports from four Australian abattoirs.

A sign of an increasingly frosty relationship to come.

Africa fears being left behind

So far wealthy Western countries have been seemingly hit hardest by the pandemic.

But health experts have always feared even more disastrous impacts when the virus takes hold in parts of Africa, where health resources are underdeveloped and social distancing is difficult.

The United Nations says an outbreak in the continent could push 30 million people into poverty.

And while we’re yet to see truly devastating outbreaks (that could be down to a lack of testing) there’s still plenty of room for concern. Yesterday the presidents of Kenya, Cote d’Ivoire, Sierra Leone, Senegal and Niger claimed the West was failing the continent by providing insufficient financial and medical aid. 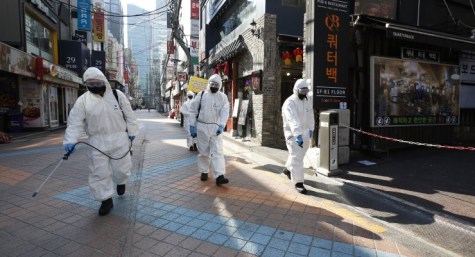 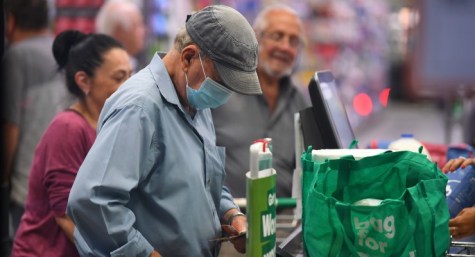 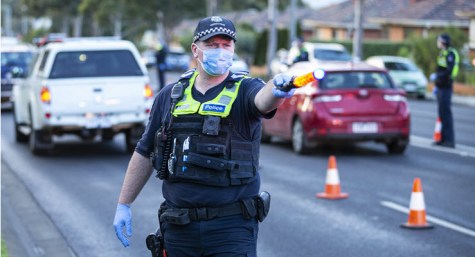 “But can we be trusted?”

Indeed, that was the scolding tone of the news coverage of NSW’s supposed “opening” that I listened to this morning on “my ABC”, from both presenters and NSW politicians.

“We’re letting you out” they dictated like censorious school headmasters.“But only if you behave!”

Listeners rang and texted in from the regions, with stories about how irresponsible and horrible “other people” were, and how “unprepared” they were for the onslaught of noxious carriers of disease, the veritable army of irresponsible dimwits about to descend on “their” part of the world.

And they may be proved right, infections will increase, they have to, thats the nature of the beast. But what’s the alternative? A lockdown “until the vaccine”? What will be left of the NSW economy in 18 months (best case time frame)?

Nothing but subsistence farming and mass poverty, that’s what…

One would have to at least consider that there may be a disconnect between China’s tariff on barley and the justification provided (punishment). Is it a coincident that it will be replaced by barley from America as part of a trade deal. You could probably find a similar situation with regards to meat.

Kishor…China is correct in ridiculing Australia over the so-called independent review of Covid19.
As far as I can ascertain, there is NO mention of China in the document released by the World Health Assembly. Rather it is to be a worldwide investigation, which is what most scientists have advocated for, and the only way to obtain useful data on where the virus came from and how the various approaches to containment/treatment worked.
This government deserves all it gets from China…trying to blame it for something that at present has NO basis in fact. No one knows what has happened to cause this pandemic, until ALL the data is collected and analysed.
Enough of this ‘fake news/supposition’ crap!!
As far as the barley tariff is concerned…this disagreement has been going on for 18 months, and the meat problems for some time also. Hardly a ‘payback’ event…more a trade matter, which this useless government will f+*#-up like it does everything else!!

Thanks bj…I’m maintaining the rage in my old age!
Just gets my dander up…especially as I’m interested in the MEDICAL aspects of any investigations…NOT who is to ‘blame’.