D-Day for Virgin Australia as creditors stand to lose billions

Unsecured creditors of Virgin Australia are unlikely to see much of a return on their billions of dollars in exposure.

Indicative bids for Virgin Australia are due in today, after which administrator Deloitte and its advisers from Morgan Stanley will give three to five consortia the green light to proceed through to the final round next month.

Certain to receive a ticket to ride are the Melbourne-based private equity firm BGH led by Ben Gray, the son of former Tasmanian Liberal premier Robin Gray; and the US private equity firm Bain, which has former Jetstar CEO Jayne Hrdlicka on board and whose most famous alumnus is Mitt Romney.

The Canadian outfit Brookfield, one of the 10 largest foreign investors in Australia (think Multiplex and the debt-laden Healthscope as a start), is also expected to make it through to the second round despite ominously losing dance partner Macquarie Group a few days ago.

The airline industry is in such a state of global chaos that Virgin Australia has gone from being 90% controlled by five foreign airlines to not having a first world foreign airline fronting a bidding consortium. 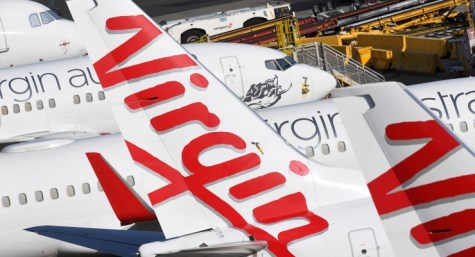 After the collapse: what’s next for Virgin Australia?

However, Indian billionaire Rahul Bhatia is in the mix, and his record is impressive — having started the low-cost airline Indigo, which now has close to 50% market share in India and a market capitalisation of $7.7 billion, even after the COVID-19 shutdown.

Compare that with Qantas which is now capitalised at $5 billion, or US giant United Airlines which is down to only being worth US$6 billion.

Deloitte’s lead administrator Vaughan Strawbridge is a New Zealander with limited experience handling large company administrations. Some of his tactics have certainly raised eyebrows, especially his forecast that Virgin could make an operating profit of $1.2 billion next year.

Strawbridge is also seen as being close to the unions, particularly after granting them an out-sized presence on the Virgin creditor’s committee.

The Deloitte decision to not reduce Australian staff numbers through a redundancy program and renegotiate enterprise agreements has arguably increased the risk of an Ansett scenario, where no binding final bids are received and instead the airline is liquidated.

With new labour arrangements being negotiated by the likes of McDonald’s and the pubs sector, it seems odd that little change is being pursued at Virgin — particularly given 80% of the staff are not working while receiving JobKeeper payments from the federal taxpayer.

With total debts of $7 billion, Virgin Australia is going to be one of the five biggest collapses in Australian history in terms of dollars lost by creditors (not to mention the almost $2 billion-plus dropped by shareholders).

Unsecured creditors, primarily the US and Australian bondholders, are unlikely to see much of a return on their $2 billion exposure.

Staff will get all of their circa-$500 million in entitlements, and trade creditors should also be fine provided there is no liquidation, because the new owners will need them to keep running the airline.

Virgin currently has around 130 aircraft and this is where it will be interesting, as no bidder is expected to seek access to more than 100.

Many of the aircraft that are leased will simply be handed back to their owners with outstanding lease payments unlikely to be paid.

Where Virgin itself owns aircraft and has borrowed against these assets, those secured lenders are likely to get paid or at least rolled into the new ownership structure, as the business will obviously need a fleet of aircraft and these may as well be leveraged by the new owners.

There will also be a range of critical partners who will seek to engage with the shortlisted bidders and whoever wins the auction.

The two most significant players in this category are Richard Branson himself, given that he pockets an exorbitant $15 million a year for the use of his Virgin brand, and the various eastern seaboard state governments which all want Virgin to be based in their city.

The NSW strategy of hiring former Macquarie Group executive Michael Carapiet to try and land Virgin for the new Western Sydney airport makes sense, but given this doesn’t open until 2026, bidders could potentially ask for cash from Queensland to stay in Brisbane for, say, another eight years, and then more cash from NSW if they agree to move down the track.

As for Peter Dutton’s silly attack on Queensland for supposedly planning to borrow billions to run an airline, new Queensland Treasurer Cameron Dick was right to point out: Dutton really should stick to managing cruise ships.

Finally, you have the farcical situation with foreign controlled regional airline Rex, which has received a pile of federal cash and is now talking about raising $200 million to lease aircraft and compete on the main capital city routes.

That should only happen if Virgin disappears into liquidation, and it certainly shouldn’t be facilitated by Canberra.

The Morrison government has already treated Virgin poorly during this crisis, rebuffing each and every approach for assistance and also leaking details of its early requests, a move which caused a damaging run on its Velocity frequent flyer program.

The clear lesson from Ansett is that Virgin Australia should be saved, including with some proactive support from government. It shouldn’t be allowed to go the way of the car manufacturing industry.

However, the reality of a virus-smashed industry is that many stakeholders are going to have to give ground, including the unions and staff, and the creditors stand to lose billions.

A hard-nosed private equity owner is hardly ideal, but in the absence of anyone else it would certainly be preferable to liquidation followed by a new, two-airline domestic market featuring a dominant Qantas with little more than some tepid competition from budget airline Rex.

After the collapse: what’s next for Virgin Australia? 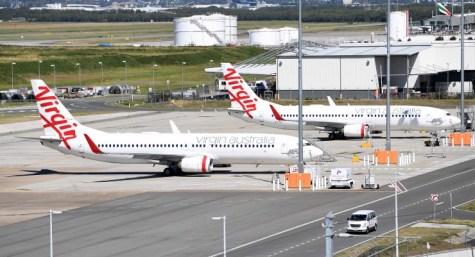 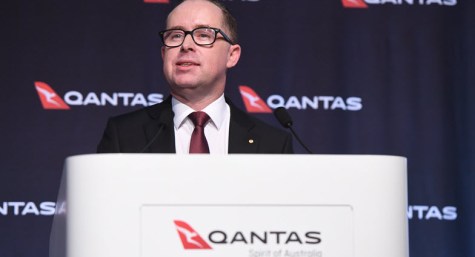 Corporate Darwinism emerges as businesses put the squeeze on rivals

According to the linked story, unions have 10 of 32 spots on the creditors’ committee. So, rather than an ‘out-sized’ presence, it’s actually more like under-representation.

It’s easy to look at aeroplanes and see an airline. Aviation is a specialist and moreover highly regulated industry worldwide and for good reason. Buyers are looking to buy a functioning organisation of people and equipment. Mostly people. The key people need to be qualified and certificated and ready to go. The planes and ancilliary equipment will be easier to obtain for a few years. It makes perfect sense for the sellers / creditors to keep the workforce in place and onside as best they can.

Bearing in mind that Richard Branson charges for the use of his name, then a Branson-less Virgin would change its name. So I have a fantasy that the Queensland Government partners with Northern Territory tourism interests and renames itself as Queensland And Northern Territory Air Services.

To same a lazy $15M annually, the new owners could rebrand it Vergin’…as in vergin’ on bankruptcy.

typo: to save a lazy $15M annually

How about “Barely” as in barely there, in the air?