It's out with the old and belligerent, in with the young and positive. But time will tell if Ben Fordham has a magic touch with Jones' rusted-on listeners.

Ben Fordham is about to ascend to the most powerful position in media. But is he prepared to use that power?

The timing of his ascension to Sydney’s 2GB breakfast slot, replacing a scandal-ridden Alan Jones, might have caught the industry by surprise, but it fits Nine’s strategy for its radio assets, which include 4BC, 3AW and 6PR.

The grand plan: decontaminate talk radio from the premise its audience is right-wing nut jobs who hold a senior’s card. Then recalibrate towards a less strident news-and-views network open to all, even if you are under 40.

The official narrative is that Jones is going due to ill health, but the collapse in his advertising revenue from $12 million a year to $6 million due to his attacks on women, including New Zealand’s prime minister, Jacinda Ardern, cannot be ignored. A report in The Australian today has Nine radio boss Tom Malone knocking on Jones’ Southern Highlands door to tell him that time was up.

You are so right, PM. Mr Jones has made many contributions. Here are a few

Hence the rise of Fordham, 43, to replace Jones, 79, even though Jones is only halfway through a two-year $8 million contract.

Jones is the most powerful person in media, due to all of the above but also his ruthless prosecution of pet causes over 35 years. That power, in part, is derived from cowering politicians being willing to cede theirs.

Fordham has a formidable network. Scott Morrison and other politicians regularly phone him to get the mood of the people.

He is certainly a campaigner, but he’s a campaigning journalist. His drive program is very news-driven, and he lacks Jones’ obsessive belligerence.

He once raised $15,000 for a listener’s family to fly to their stricken cousin dying of cancer in Adelaide, and when Sydney’s Chinatown was being abandoned in February because of the coronavirus he organised a live broadcast and banquet dinner that made global news.

Both men have Stakhanovite work ethics. And while Fordham wouldn’t contemplate making misogynistic comments, he did receive blowback (but no Jonesian advertising boycott) for asking NSW Premier Gladys Berejiklian if she would ever have an abortion.

The father of three, who is married to the Seven News presenter Jodie Speers, described himself as a “tough boss, control freak and religious” in an interview this writer did for the Behind The Media podcast.

He was raised a Catholic and will pop into a local church for a contemplative moment if it takes his fancy.

But Fordham is also a mentor and has helped staff into other careers in the industry.

Jones was largely unpopular in the wider media industry and polarised the general public, but Fordham appears vendetta-free, although he still attracts Twitter opprobrium.

He is only a few years younger than Jones was when the former teacher and rugby coach started in radio in 1985. So it’s a generation change as well as one of temperament.

His five-year contract is due to expire in 2022. His appointment underscores the integration benefits of Nine’s takeover of Fairfax Media and Macquarie Media, and newspaper assets The Age, The Australian Financial Review and The Sydney Morning Herald.

Fordham has had plenty of time to process the fact that one of his former work experience kids is now his boss and the architect of his rise to the breakfast slot. 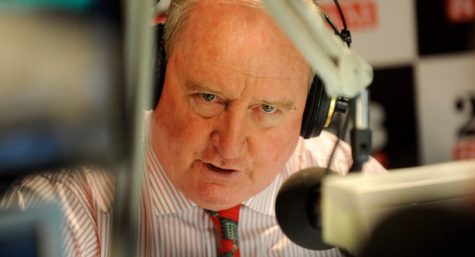 Malone, 40, a man tipped by many, including Fordham, to eventually take over from Hugh Marks to run Nine, has tied his future to Fordham’s ability to maintain Jones’ audience and make it more demographically appealing.

Fordham and Malone have led parallel lives. Both went to the prestigious harbourside Jesuit school Saint Ignatius’ College Riverview. Both worked in the press gallery in Canberra (Fordham won a Walkley for his coverage of the Thredbo landslide). Both moved to Nine, and covering sport has been central to both careers.

And both were praised as the future of radio by legendary radio programming director John Brennan (the man who discovered Jones) in his autobiography, Brenno.

Malone has been quietly reinventing the network. Still conservative, but much less stridently so. Out went Steve Price (Malone, despite having once worked for Price, decided he wasn’t right for Sydney). In came the women: Deborah Knight from Nine to 2GB afternoons; Dee Dee Dunleavy to 3AW afternoons; Brooke Corte from Sky News business to host the networked Money News.

The appointment of female presenters not only matches audience demographic, but also advertisers’ desire.

Malone has been active in Melbourne as well. After 3AW stalwarts Ross Stevenson and Neil Mitchell lobbied him and Marks, Malone reversed the previous management’s sacking of 3AW station manager Stephen Beers.

And he learnt an early lesson about Melbourne parochialism. He reversed an earlier decision to impose networked Sydney programs on Melbourne audiences in the night-time slot.

Malone’s immediate challenge at 2GB is to rebuild advertising and minimise the number of listeners leaving as Jones does.

The retirement comes as all media face up to the collapse in advertising due to the COVID-19 pandemic.

Ratings are in abeyance but when Jones was ill and off air for four months in 2016, breakfast ratings plunged to 12%. He leaves 2GB with them at a formidable 17.9%.

Wild media speculation centres around Today show presenter Karl Stefanovic replacing Fordham in drive (Malone was once Stefanovic’s boss at Today) but Wide World of Sports presenter Mark Levy will fill in on an interim basis.

Come June, Fordham will face the hardest test of anyone in media: attracting new audiences while not alienating the old. 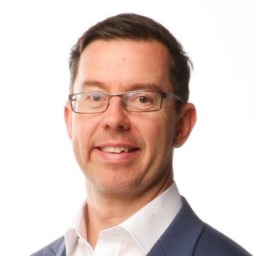 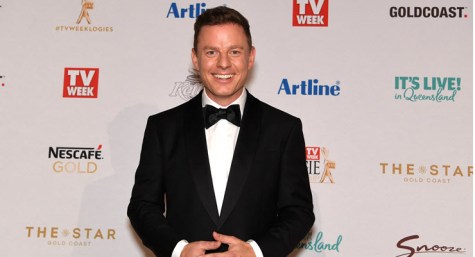 Ive never taken all this unctuous anti bullying programs nonsense seriously precisely because of people like Jones. If we were serious about stopping bullying in schools homes and workplaces we’d start with high profile media bullies.

The spillover though is we’d have had to then tackle other even more protected bullies like Abbott, Dutton, Kelly, Beetrooter and Morry. And that’s just entree.

2 G B (Gutless Bastards, is a pox of media perversion to me, so comments in the dark may attract strong opposition, especially from the subnormals who revel in entertaining dogshit from political perverts, cash commentators, hate peddlers, ignorance merchants and generally unpleasant egotistical airheads, But, NEVER tolerate superstitious idiocy in media. Avoid the old boy network of Riverview and similar, for it has degraded Australianh social life and attitude. These extreme backward superstitious fools live in a world that never existed, a world where the deluded and self-fixated feel saved, blessed, risen again, charged, anointed, special, superior, ready to assert any fiction or fantasy to suit greed, ego, ambition, clients, donors, followers. To have our poxed madia, overseen by a yankee wankee sicko-souled greedite is bad enough, but the local lowlife airwave anuses, reduced by the retirement of precious pouting pansy parrot, is still a blot, a disgrace, a reversion, anti-educational, anti-civilised and anti-decency.., so F–k them.

Another comment disappears down the “awaiting moderation” sinkhole. Perhaps Crikey could have the decency to explain what your problems are with these comments. It’s only ever my moderate ones that get sunk and others suggest similar.

It is a mystery, banal and bathetic when a comment eventually emerges long after the moment has passed.
It is unworthy of a site with pretensions to seriousness and an insult to subscribers.
Paying to be treated with such disdain.

Is it not correct that (statistically speaking), factually Jones’ audience reach across Australia was very small? Therefore, it seems to me his influence Australia wide was not very substantial. I have always regarded the alleged influence of the likes of Jones and Hadley was risable and a con – most ( the majority) Australians can think for themselves and both of them mostly just spoke to their rusted on sour and unhappy believers.