Stories of abuse within the Catholic Church contain missing pieces — and unanswered questions.

This is part two of Inq’s series on George Pell and the Catholic Church. Read part one here.

Witness J, the central witness in the case against George Pell, was 32 years old and working behind the bar of a Melbourne RSL club when ABC reporter Louise Milligan found him.

That was in 2016. Witness J had already given his statement to Victorian police. Milligan was deep into her book Cardinal, chronicling the rise and fall of George Pell.

The Royal Commission into Institutional Responses to Child Sex Abuse had been hearing evidence for four years. At a 2013 Victorian parliamentary inquiry, Pell had already been forced to admit that some members of the church in Victoria had tried to cover up child sexual abuse by other members of the clergy.

He apologised for decades of child sex abuse within the church. It included a systemic cover-up of cases of rape of children as young as five-years old, the ABC reported.

What we know of Witness J comes almost entirely from Milligan’s writings. Witness J, of medium build and “not tall”, had been working as a barman while doing university studies. He was raised in a poorer inner suburb of Melbourne. His mother was pleased when he won a choir scholarship to attend St Kevin’s College in well-to-do Toorak: it meant he would have a good education.

Milligan reported that “at times he talks in riddles” and was “deeply wary” upon meeting the reporter for the first time.

Witness J professed to having “a good life”.  He loved his community: “I’m the good guy — the guy everyone can count on,” he told Milligan. He declared he was driven to take his action against Pell because of the suicide in 2014 of his boyhood friend and fellow choirboy.

Witness J said his mental health was “hanging by a thread”. “The only thing that keeps me together is the idea of [Pell’s] head on a platter,” he said. “I’m traumatised. I know I look happy-go-lucky but it is a facade.

“This is the mask I wear every day.”

Milligan’s summation was that he was clearly “a decent guy”: “He has not led a chequered life. He’s university educated, he hasn’t had trouble with the law. He has a lovely young girlfriend, lots of friends, he’s a pillar of his community in a sort of understated, slightly ironic way … He’s managed, just, to keep it together. He’s been able to compartmentalise. He’s the sort of complainant you’d want as a Victorian Police detective alleging historic crime.”

Milligan’s portrait of Witness J contains one intriguing but unresolved piece of information: his encounter with Pell was not his only run in with an abuser priest.

Witness J alleged that a parish priest, Nazareno Galea, had exposed himself to him when he was at primary school. Where it happened is not detailed. Nor do we know how old Witness J was at the time.

Inq has established that Galea died in November 2002 and that he had been a reverend in the Melbourne diocese. The diocese says it has no further information.

Broken Rites, which advocates for victims of clerical sex abuse and keeps a database on offenders, has no record of any other allegation against Galea — though the organisation’s Bernard Barrett cautioned that this meant nothing given abuse victims’ reluctance to disclose what happened to them.

Victorian police have declined to answer Inq‘s questions on whether or not they investigated Witness J’s claims about Galea, which might be useful corroboration — or not — of Witness J’s recall.

Ultimately the High Court was not required to judge Witness J’s credibility or truthfulness in quashing Pell’s convictions. Its unanimous decision found the weight of contradictory evidence from other witnesses “required the jury, acting rationally, to have entertained a reasonable doubt”.

Separate to Milligan, The Australian‘s legal affairs writer Chris Merritt has reported that Witness J received treatment for “psychological problems”, but that Pell’s legal team was denied access to any detail due to the laws of evidence — laws which make it all but impossible for a person accused of a sexual offence to access the medical or counselling records of a complainant.

Under section 32D of the Evidence (Miscellaneous Provisions) Act 1958, a jury cannot know that a defendant sought and was denied access to the records.

The law was introduced to protect the privacy of sexual assault victims and encourage them to seek counselling without the fear that what they said in therapy could be used against them in court.

Theoretically — for there is no evidence of this in the case of Witness J — the provision opens up the possibility that an accuser might have received treatment which results in unreliable memories and that a jury might not be aware of that.

The definition of a “counsellor” under the act is wide. It covers “[anyone] who is treating a person for an emotional or psychological condition”. This might include those with qualifications as a social worker, a psychologist, a psychotherapist or points in between. They might be practising therapies approved by self-regulating professional associations, but there is no legal requirement that they do.

Emeritus Professor of Psychology at Deakin University Don Thomson, who is also a barrister, told Inq: “There’s a whole lot of people out there who claim to have expertise but they don’t.”

“From my point of view the act should have more specific requirements.”

Thomson, has specialised in the areas of perception and memory and was part of a roundtable of experts which advised the Royal Commission into Institutional Responses to Child Sexual Abuse.

He told Inq that people are constantly reconstructing their memories of events and that being “highly confident” was “no indicator of reliability or accuracy”.

In a Victorian Court of Appeal decision last year, Justice Mark Weinberg flagged that the complainant in a case of historic abuse against Christian Brother John Tyrrell had likely fantasised elements of his abuse.

The victim alleged extreme abuse including that he was raped more than 140 times in two years in after-school classes with the assaults coming out of the blue starting in the first of the classes and with none of the grooming typical of abusers.

The victim also claimed the Christian Brother had manoeuvred his hand deep inside the boy’s rectum — an assault assessed by a medical specialist to be improbable, if not impossible, without leading to serious internal injuries. There had been no medical evidence this had occurred.

The sobering news for the justice system is that, despite the flaws in the Tyrell prosecution case especially, the jury believed the allegations beyond a reasonable doubt.

And why not? The accusations were relatively mild compared to some extreme stories of abuse which emerged, untested, in the time of the royal commission.

Though unrepresentative of evidence at the royal commission, these allegations were given currency by the media. They included:

On April 1, a week before the High Court’s ruling on the Pell case, Victoria’s Attorney-General Jill Hennessy asked the Victorian Law Reform Commission to conduct a review of the laws relating to how the state’s criminal justice system responds to sex offences, including historic child sex abuse cases.

Hennessy said it would identify ways to reduce the trauma experienced by victims when they interact with the criminal justice system.

David Hardaker has a record of revealing Catholic Church sex abuse stretching back to his work on Christian Brothers’ orphanages in Western Australia in the early 1990s. David subsequently won a Walkley Award for revelations of sex abuse — and consequent 30-year cover-up — perpetrated by a teacher in a Jesuit-run school. After his report, the victim received an apology and the payment of compensation from the Jesuit order.

Next: the psychiatrist who showed his patient how to “put priests in prison”. 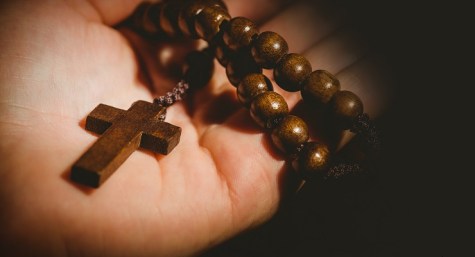 The Pell legacy III: the power and flaws in memories of things past