Life after Eden: Kelly joins a tech force of evil with eyes on Australian government contracts

A former Labor MP has joined a company ranked as one of the most evil in the tech world, which has been growing its presence in Australia.

The decision by Labor MP Mike Kelly, who has resigned his seat of Eden-Monaro for health reasons, to take a position with US data mining firm Palantir, has again shone a light on a company regularly identified as one of the most evil in the tech sector.

The ABC’s Andrew Greene revealed Kelly’s new gig, and noted that Kelly had previously used parliament to praise the company.

Kelly was briefly a minister for Defence Materiel under the restored Rudd government, but more relevantly had been on parliament’s powerful joint committee for intelligence and security (PJCIS) from 2016. The committee regularly deals with US intelligence figures, and some members meet with private sector firms that work in the intelligence and defence sectors.

Kelly’s background before politics is in the Australian Defence Force, so a post-political “desk job” (in his words) in a defence company would be unsurprising — that is the area in which his expertise lies. But a position with Palantir is very different, especially given Kelly’s time on the PJCIS.

Since then, the company — co-founded by strong Trump ally Peter Thiel — has only added to its foul reputation. Despite denials from the company, its products are “mission critical” to the Trump administration’s detention and deportation programs and the raids that net deportees. It had links with the notorious Cambridge Analytica, and has been revealed as having secret deals with US police agencies to enable warrantless spying on citizens.

And it has also significantly expanded its presence in Australia. In 2013, the company had just 14 publicly identified staff locally, but now has at least 30. It has also garnered massive contracts with Australia’s intelligence and law enforcement agencies: over $4 million from the Australian Criminal Intelligence Commission since 2014, $1.3 million from the Australian Signals Directorate last year, $7.7 million from Austrac, and over $25 million in contracts with Defence in the last seven years.

Nearly all of these contracts have been secured without competition, through limited tender arrangements, whereby only a small number of firms, or just one, are invited to tender, using an exemption from the normal Commonwealth Procurement Guidelines requirement for open tender.

With Mike Kelly on board, the company will be hoping to continue rapidly expanding its Australian footprint, regardless how many scandals accrue. 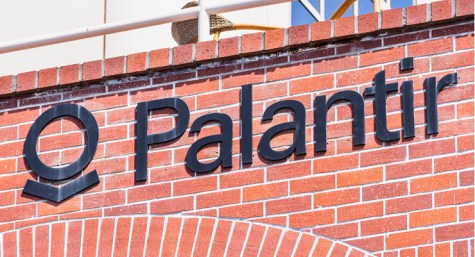 The rise and rise of Palantir and its ‘deep domain knowledge’

If Australian governments give contracts to a company that can be openly described as “evil” what does that say about Australian governments? When we read about World War 2 and the atrocities committed by the “civilised” nations involved and wonder how such civilised people could do such things, the answer is, they are like us. Or we are like them. Actually non-“civilised” people, hunters and gatherers, fishers from small boats, don’t reach the elaborate levels of atrocity that we do.

Dose his Commonwealth pension go down a dollar for every dollar he earns from his new job ?
And can he pick it up before he’s 67?
If my assets go up my pension goes down !!!!!!

Having been elected post 2004, Dr Kelly does not qualify for the traditional Parliamentary defined benefit pension. His superannuation benefits would be on a par with any public servant with the same length of service.

As Eden-Monaro residents, my wife and I had high opinions of Kelly. My wife was disgusted by this announcement. Kelly has trashed his reputation. Just another common-or-garden run-of-the-mill politician.

“Too sick” to sit in parliament – but not too sick to hang with these sickos? …. He’s not related to Bruce “Frenchies Council of Oz(?)” Bilson is he?

They all seem to sell their souls don’t they?

Nope, they never have souls to start with, that’s how they get preselection.