Good morning, early birds. Treasurer Josh Frydenberg warns Australians stand to lose billions if states are forced to resume shutdowns, and in Blighty, PM Boris Johnson wants everyone back to work quick smart. It's the news you need to know, with Chris Woods.

DON’T FUCK IT UP: FRYDENBERG

As parliament resumes today, both The Sydney Morning Herald and The Australian ($) report that Treasurer Josh Frydenberg will today use an economic statement — one that replaces the shelved budget address — to warn that Australians risk billions in dollars if social distancing fails and states are forced to resume shutdowns.

The news comes as KPMG releases a new report suggesting the most severely damaged industries — hospitality and accommodation, air transport, retail and the arts — will take two years to recover losses inflicted by the pandemic; as the ABC reports, the government has also been warned that 21,000 full-time research jobs are at risk but are ineligible for JobKeeper.

LABOR’S PLAN FOR HOUSING: According to the SMH, Labor will push for a National Housing Stimulus Plan driven by superannuation funds and the private sector.

GET BACK TO WORK: BORIS

Over in the UK, where ‘the curve’ has only begun to flatten to around 4,000 new daily cases after highs of 6,000 earlier this month, the BBC and ABC reports that Boris Johnson has created some confusion over a 51-page, disparate plan to reopening the economy.

Johnson, who announced that the “Stay at home” directive to save lives now sits at “Stay alert,” urged people to avoid public transport and stay at home if possible while also claiming those unable to work from home should be “actively encouraged” to return to work; Scotland, Ireland and Wales, at any rate, are sticking to “stay home” until the end of the month.

FOR A FEEL OF THE MOOD: To see what the actual experts think of Johnson’s plan for “a large-scale return to work without the ability to test, trace and isolate risks creating super-spreader events,” check out Oxford epidemiologist David Hunter’s damning Guardian op-ed.

COVIDSAFE BILL TO BE INTRODUCED TO PARLIAMENT

As The Conversation unpacked last week, the draft bill also includes some new user protections, such as the ability to individually pursue criminal proceedings over privacy breaches, but includes some outstanding issues i.e. potential loopholes around “positive discrimination” in the rules against coercion.

WHEREFORE TASMANIA?: According to Gizmodo, developers unpacking the app’s source code — all of which has been released by the Digital Transformation Agency save for Amazon’s server data — have discovered that Tasmania is missing on an (apparently unused) string of data.

The purpose of politics, as far as I can tell, is to use any means whatsoever within reason, and that’s the question, what is within reason, to raise your party and denigrate the other party.

“In the space of four weeks, we’ve learnt there was a ‘significant possibility’ that Pell was innocent of charges that he committed child sex abuse, but that he was mostly guilty of allowing predator priests to keep abusing children under the church’s care.

“The High Court found a jury had not been acting ‘rationally’. A royal commission found Pell’s versions ‘implausible’. All in an era where a priest is only innocent because no victim has yet come forward.”

“Australia’s barley producers are facing significant anti-dumping tariffs by China. Trade Minister Simon Birmingham says the government is ‘deeply concerned’ at the ‘bombshell’ news and is threatening to take the matter to the World Trade Organisation.”

“Do you have an opinion about what the government should do after the pandemic? If so, stand in line. Every think tank, lobby group and rent-seeker in the country is currently in Canberra, following Winston Churchill’s supposed advice to ‘never waste a good crisis’.”

China’s fury over steel is behind the barley threat ($)

Time to open the borders between the NT, SA and WA, say business leaders ($)

How Jack Mundey and his mates saved Sydney — Dr Meredith Burgmann (The Sydney Morning Herald): “A hero of the labour movement and a giant of international environmentalism is gone. John Bernard (Jack) Mundey died on Sunday aged 90. Mundey was the father of urban environmentalism in Australia. Under his inspired leadership, a humble pick-and-shovel union of builders’ labourers changed the way we think about urban planning and saved the face of Sydney that we know today.”

Coronavirus killed May’s Federal Budget. Now three huge hurdles stand in the way of getting back on track — David Taylor (ABC): “Today should have been Budget night, with Treasurer Josh Frydenberg fronting the nation for the second time to convey to the nation his plan to balance the books and forge rock-solid path to sustainable economic growth.”

Ita Buttrose’s plea to older Australians: ‘Don’t let pandemic panic steal your vision’ ($) — Ita Buttrose (Herald Sun): “There’s no doubt Australians heeded the message that they needed to socially isolate if we were to slow down the spread of COVID-19 successfully — which we have. However, it seems some Australians have taken the message not to leave home too literally.” 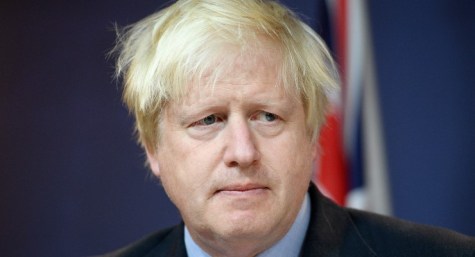 We shan’t fight him on the breaches 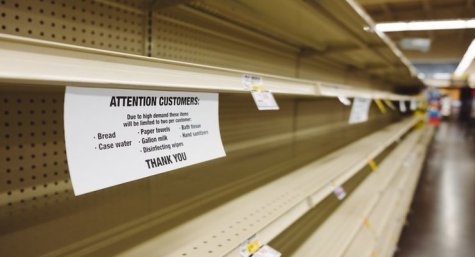 Whatever claims may be made about Pell, those made for David Hardaker regarding his article “The Pell legacy: lessons for cops, courts and all those who serve God and justice” seem a poor fit with what comes across as a deeply biased articled, aggressively hostile to the witness against Pell.

Any allegation that involves one person’s word against another – especially with a second accuser – is going to involve an assessment of truthfulness and of accuracy since memory is a notoriously unreliable resource.

In contrast to the belittling of one particular accuser, it is clear to a comparatively disinterested observer like myself that many children were abused by priests (though such as Jimmy Savile also benefited from the adoration of status). Any balanced article was obliged to recognise that fact. There had been allegations during Savile’s lifetime, but they were dismissed and accusers ignored or disbelieved; Savile took legal action against some accusers; we have no such doubt now, do we?

Yes, “In the space of four weeks, we’ve learnt there was a ‘significant possibility’ that Pell was innocent of charges that he committed child sex abuse, but that he was mostly guilty of allowing predator priests to keep abusing children under the church’s care.” I’d have thought that the latter was itself a truly appalling chain of conduct. It is not at all clear that David thinks so.

Such an article falls far below the standard that I hope for of Crikey.