The Chinese regime is threatening to use anti-dumping laws against Australia. We've been doing the same thing to them for years.

Australia’s barley producers are facing significant anti-dumping tariffs by China. Trade Minister Simon Birmingham says the government is “deeply concerned” at the “bombshell” news and is threatening to take the matter to the World Trade Organisation.

Australia couldn’t be responsible for dumping, could we? It’s an outrage that China would use dumping as an excuse to protect its own farmers. Well, maybe.

For decades, Australia has told itself it is a free trading nation that doesn’t believe in protectionism or hiding behind tariff barriers. The truth is we continued to cling to protectionism, and in fact despite cutting support to the automobile industry, we’ve become more protectionist in recent years. 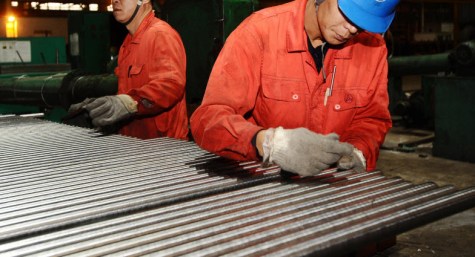 We’ve refused to reform drought assistance so that it actually encourages resilience, and instead simply prop up inefficient producers. We’re insisting in spending tens of billions of dollars more on major defence purchases in order to build them here. We even continue to have automobile import tariffs even though we don’t have an automobile industry to protect any more.

Worst of all is our anti-dumping system. Not merely does anti-dumping punish Australian consumers for daring to buy cheap imported goods, it isn’t even a particularly efficient as a form of protectionism. And it’s especially punitive on importers because the process is (deliberately) bureaucratic and slow.

Most anti-dumping cases against China deal with aluminium and steel products, in order to prevent Australia’s construction industry from using cheaper products than those produced by our notoriously inefficient, carbon-intensive steel and aluminium smelting industries (even more absurdly, the Americans have threatened us with accusations of dumping of steel in the US)

According to the Productivity Commission’s recent report on protectionism, our construction industry lost $400 million in 2018-19 due to anti-dumping tariffs. It’s the biggest victim of our anti-dumping system. The food manufacturing sector — which is punished for using imported fruit and veg like Italian tomatoes — is the next biggest target.

Remember, the construction industry is the sector where the government set up a bespoke, draconian anti-union regulator ostensibly because the actions of the CFMMEU were driving up construction costs. Whatever costs union militancy might allegedly inflict on commercial construction are dwarfed by the punitive anti-dumping tariffs.

Worse, households pay some of those costs as well because those tariffs also inflate the price of materials used in residential construction.

Both sides of politics, however, support anti-dumping and for that matter routinely announce they’ll make the current regime even more stringent.

Now China is using anti-dumping against us and we’re professing outrage about it.

Bear in mind that, like Australian households forced to pay more for new houses because of our protection of the steel and aluminium industries, or consumers forced to spend more on food groceries because of our protection of local agriculture, it is Chinese consumers who will indirectly pay more for products manufactured from more expensive Australian barley or higher-cost Chinese barley.

Like most forms of protectionism, it’s an utterly absurd fight in which each pugilist gives themselves an upper cut before proudly declaring “take that!” It’s just that we’ve been doing it much more frequently to China than they’ve done it to us, which until now has suggested they’re a lot smarter at this than we are.

And as onshoring of manufacturing resumes in the wake of the pandemic, expect a lot more abuse of the deeply rotten policy that is anti-dumping — both by us and against us. 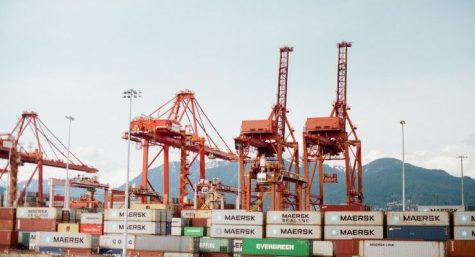 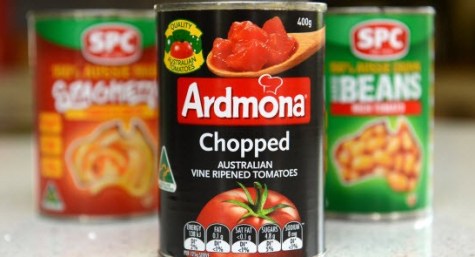 I noticed a report yesterday that there are also plans for an extra smaller tariff to account for our diesel fuel excise rebate to farmers. This means Australian taxpayers lose the excise, farmers lose the benefits of the rebate and the cost is paid for by Chinese consumers. Brilliant.

Lots of talk about renewed local manufacturing (not the tortured language of “onshoring”) at the moment. Don’t hold your breath.

Geez , China’s a bit too big & powerful for us to pick one on with, isn’t it ? Wouldn’t we better off sticking to targets befitting our little punching above our own weight ? Isn’t there some very little country very far away that we could invade, with impunity, for a little chest beating ..get our minds off the home affairs situation ..

Be careful, they were once known as the Prussians of the Pacific – eager with Oz to go anywhere there was a war, just for the fun of it.
In John Marsden’s “Tomorrow, When the War Began” the were shown as the only ones with a shit to give.

It is common knowledge that Chinese steel is crap, especially stainless, but I am interested how the Chinese produce their steel and aluminium, how are their smelters different from ours?

China actually makes good products, its the importers who demand products based on price.

This may come as a surprise, but China can produce steel to the highest of world standards. However, as in any situation you usually get what you pay for!
Developers tend to demand the lowest cost, disregarding quality or long levity to achieve their objective.
What exacerbates this abysmal state of affairs is that building inspection has been privatised to the extent that you also get what you pay for and the more you pay you the more likely to get away with defective materials, shoddy construction and the like.
All in the mistaken practise of encouraging free enterprise by reducing red tape. LOL

But what about our ‘notoriously inefficient, carbon intensive’ smelting industries?

Most have gone. Look at out great steel and smelting cities. No longer producing. Factories gone and a number sites covered with commercial and urban housing.

A Century in the making. Port Perie, Woolongong, Newcastle etc. That was the problem, the process and equipment was so old, and pollution levels so high it was easier to shut down and leave.

Could we produce competitive product in today’s World?
I believe “Yes” with renewable power supplies, robotics and savings in transport costs.

But we are just not interested and we have adopted the Neocon approach that all Chinese manufacturing was better and labour was cheaper.

I know that car manufacturers have specific factories throughout the World as purported cost savings but I have never come across an article that explains how a highly unionized workforce with legislated employee representatives on company boards can compete manufacturing quality cars and a wide range of machinery successfully like Germany?

Statistically, 50% of the population have below average intelligence. From which half do we select our political class?

Check out MV Sichamore on the web. Until the mad monk came along the Navy training ships were commissioned vessels (ie HMAS). In an event of conflict the civilian Captain’s role is to protect the ship. ie head for a safe port. It is cheaper to employ contractors to crew the ship than have it manned by naval personnel. LOL
Perhaps we can subcontract out our air force maintenance. Sure Alan Joyce will help.

Ah, back to the old Keane, railing against domestic manufacturing, non dependency and a self sustaining society.
Didn’t take him long to forget the lip service he paid to such murmurings during C9 (anyone remember that crisis in supply lines and globalised trade? sooo last week!), give his idee fix a grease & oil change and a new saddle & reins for the neolib monkey on his back.

Yes with the lesson about too-long supply lines well and truly learned, let’s all turn goldfish-like to exporting what’s left of our industry and even our food production. Bernard, what are you doing? Hasn’t this still-ongoing COVID crisis taught you anything?