30 million Americans have filed for unemployment

In the past six weeks, 18% of the US workforce have lost their jobs.

CNN reports that 30.3 million Americans — 5 million more people than the entire population of Australia — have filed unemployment claims since mid-March. This is 18.6% of the US workforce.

The news comes after US Senate Majority Leader Mitch McConnell — who helped sneak a $90 billion tax cut for millionaires into the last relief package — pledged in a Fox News interview to not support another relief bill unless it includes liability or litigation protections for businesses.

WHAT ABOUT AUSTRALIA? With 1.3 million Australians now on JobSeeker, The Guardian reports that a Labor-Greens-led Senate inquiry has recommended keeping the recently-doubled payment above poverty levels.

According to The Brisbane Times, Australia will support the US in lobbying for Taiwan to be granted WHO observer status at the World Health Organisation. It’s been four years since Taiwan was ejected from the organisation due to pressure from China.

The move follows an appeal from Taiwan’s Health Minister Chen Shih-chung in the Nine papers this week, and will likely compound ongoing tensions with China. As The Australian ($) reports, US Secretary of State Mike Pompeo has backed Scott Morrison’s push for an inquiry into the pandemic’s source, and is pushing other US politicians to support the initiative.

CALLS FOR CALM: The AFR ($) reports that, with China helping Western Australia rebound quicker relative to the eastern states, Australia’s most popular premier Mark McGowan has called on everyone to cool their jets, and not upend the gravy train.

National Cabinet will meet again this morning, where state, territory and federal leaders will reportedly discuss a draft aged care code of practice. The voluntary code would allow families of dying loved ones controlled visits to nursing homes. Advocates for elderly Australians are pushing for the code to be made mandatory.

‘ROADMAP TO THE NEW NORMAL’

After more than three weeks without a new case, the Northern Territory yesterday launched the most comprehensive timeline yet for reopening. While dependent on zero new community transmissions and maintaining 1.5-metre physical distancing, restrictions will be lifted at noon across three dates:

The territory will also examine internal border controls with the federal government, councils and communities ahead of their expiration on June 18.

SOUTH AUSTRALIA PUSHES FORWARD: Ahead of National Cabinet today, The Australian ($) reports that South Australia is pushing to reopen in three weeks, after clocking their eighth consecutive day with no new cases.

Frankly, I would call it forcibly imprisoning people in their homes against all their constitutional rights… This is fascist. This isn’t democratic. This isn’t freedom. Give people back their goddamn freedom.

After calling the coronavirus panic “dumb” and trying to get Tesla listed as an essential service, everyone’s favourite billionaire lashes the Californian and US governments for state (and factory) shutdowns. 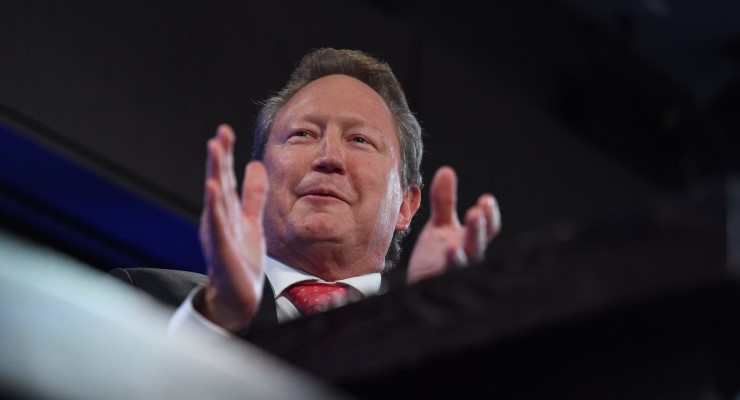 “The government under Turnbull was perfectly happy to demonise Labor’s Sam Dastyari for his links with China while downplaying its equally extensive links with Chinese donors like Huang Xiangmo.

“But it consistently turned a blind eye to its prominent friends in the business community who happily line up with Beijing rather than Australia. Liberal backbenchers like James Paterson and Andrew Hastie are left to call them out.”

Bowser browser: three ways to think about oil prices once the crisis is over

“In the past two weeks, prices have dropped into negative numbers — the lowest price in history — as storage locations filled up. There was a brief spike in prices on Tuesday after a bomb was detonated on an oil tanker in Syria, before tumbling again thanks to forced sales of future contracts in the US, then rising again yesterday as Asian stocks entered the market.”

COVIDSafe: moral shaming a nation is unAustralian, isn’t it?

“As the emergency recedes, the animal spirits of the Morrison government reemerge. In the past few days one has made a couple of bold statements of intent and it’s the rollout of the COVIDSafe app that seems to have caused the outbreak of explicit moralising.”

Manufacturing a way forward for our economy ($) — Graham Richardson (The Australian): “‘The enemy of my enemy is my friend’ is a maxim I have always rejected. Stalin may have been an enemy of Hitler but he was a mere friend of convenience for Churchill and Roosevelt. You can bet that the Solvol was at the ready for Winston and Franklin to cleanse their hands, and not simply clean them.”

Behind every test is a patient with cultural and emotional needs — Shannon Springer (IndigenousX): “Ask any Aboriginal and or Torres Strait Islander person, the daily grind of ‘life in the colony’ offers up the usual pervading social and cultural challenges, (gaining a meaningful job, racism, having access to appropriate housing, having a platform to voice and determine change, etc., etc.)”

Can the government defy history and return Eden-Monaro to ‘bellwether’ status? — Michelle Grattan (The Conversation): “It’s been the summer and autumn from hell for very many of the voters in the NSW federal seat of Eden-Monaro, a Labor electorate on under 1% that forms an envelope around the nation’s capital.”