History shows that trouble in commercial property ends up roiling the broader economy. That sector is facing both a pandemic shock and longer-term changes that could smash investment plans.

Pretty much everything about the current economic contraction is unprecedented — but one very familiar phenomenon could be emerging that will extend and deepen the crisis.

The health of the commercial property sector is always a key indicator for financial and corporate regulators. When big problems emerge there, they have a real risk of endangering the rest of the property sector, the financial system, and the wider economy.

Commercial property isn’t just office towers and shopping centres — since 2015, apartments and home units have taken a larger share as construction has boomed across Sydney, Melbourne, Brisbane and their hinterlands. There have also been plenty of hotels built, often as part of apartment projects.

But large losses in commercial property classes such as CBD office blocks or hotels are usually where problems emerge ahead of traditional recessions. 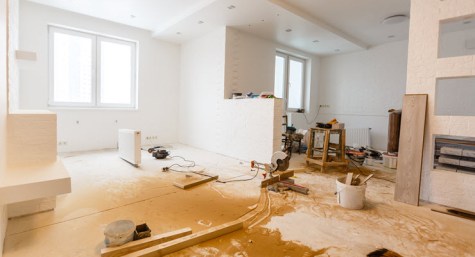 In the recession of the early 1990s, a property crunch saw Westpac needing to be bailed out. Its AGC finance arm failed after abandoning consumer finance to property lending.

And state banks in Victoria and South Australia also fell over and had to be rescued. Outside banking, numerous property trusts failed and had to be cut adrift.

Over 20 years later the pandemic is a very different kind of crisis. The REIT (Real Estate Investment Trust) sector of the ASX (its code is XXJ) shows a loss of 31% so far in 2020 against a 20.5% slide in the value of the wider ASX 200.

Stockland, which has houses, retirement homes and real estate, has seen the value of its securities lose 40% year to date; Mirvac, another mixed group with homes, shopping centres and office blocks, has seen its securities fall 32%; CharterHall’s securities have slumped 36%; Dexus, a CBD office tower group, has experienced a 24% drop; major CBD owner, GPT, has seen 32% slide.

And Lendlease, now a global builder and property developer with the huge Barangaroo project in Sydney, has seen the value of its securities slide 39% up to yesterday, before it revealed a fundraising from shareholders totalling $1.15 billion. The company has also raised more debt.

Scentre (aka Westfield) is signalling that there could be big write-downs ahead — its net tangible asset back at December 31 was $4.46 a share. The market price of its securities on Tuesday was $2.11, a discount of more than 50% — a red flag if ever there was one.

The sector was patchy going into the crisis. Retail has been struggling for some time due to wage stagnation and a long-term shift from goods to services consumption, including travel and dining out. But others saw opportunity in commercial property.

Some listed groups, including GPT, raised upwards of $5 billion last year — not to rebuild capital, but to do deals such as GPT’s $1 billion purchase of more of Darling Harbour’s office towers and the Cockle Bay precinct in Sydney’s western CBD which has been closed for the past month.

Australia does have its own history in the early 1990s of large losses on commercial property lending, resulting in individual lenders needing to be rescued and threatening the stability of the financial system … The surge in apartments recently completed and under construction in the major cities raises the risk of price falls. The construction of new apartments has been largest relative to the existing stock in Brisbane and inner-city Melbourne, though it is largest in absolute numbers in Sydney.”

That warning has been repeated by RBA officials over the past two years. And in its first Financial Stability Review of the year earlier this month it noted:

Prior to the pandemic, the retail commercial property market was facing challenging conditions due to weak consumer spending and heightened competition. The outlook for tenant demand for retail property has deteriorated given the downturn in trading conditions, with declines in rents and increases in vacancy rates now likely. Conditions in office markets were previously strong, but these are also expected to deteriorate in the period ahead. Of note, an above-average volume of office supply is due to be delivered into the Sydney and Melbourne CBD markets this year and demand will be unlikely to keep pace with this stronger supply.

Overly high asset valuations and declining sales were also likely to see some investors breaching loan covenants, while developers may fail to turn a profit and be left holding inventory and debt, the bank warned.

But on top of the immediate hit from the pandemic is the very real possibility of a secular change in demand for office and retail space. How many firms, having discovered the extent to which they can continue operating with staff working from home, are going to retain the same level of leased office space after the pandemic?

And with major retail chains such as Target, Big W and Myer struggling, shopping centres face not merely a persistent stagnation in retail demand but the loss of major tenants.

Australian shopping centre owners may face the same grim environment as US retail, where major retail chains were closing or filing for bankruptcy even before the pandemic.

As we found in the early ’90s, ultimately these problems end up with lenders. The major banks are better capitalised now, as APRA has recently pointed out, and it may not become the systemic threat it was in the 1990s.

But a commercial property shock could still hold back a recovery that will require big growth in business investment and banks ready to support that with lending.

The next big problem for US banks

Round and round the subprime mess goes, where it stops, nobody knows

Hi Ian you can change your username in the member portal at the top right hand side of the screen.

I’m surprised to read you two spruiking for the commercial property sector despite admitting it’s overpriced. It’s quite arguable that a sharp decline in all property prices would be a good thing though probably longer term. Short term pain at an already bad time for sure but it’s hard to sympathize too much with the essentially non productive property investor sector.

High property prices are a drag on everything else from household finances to business cost and hence consumers. Restrictions on foreign ownership of the underlying land and cancelling distorting tax treatment has never looked better.

I am sick of this. For decades we have put money into useless office towers and ludicrous sized house with as many bathrooms as bedrooms. This has produced a scandalous misdirection of capital which employs in the sort term and hinders any kind of new industry. It directs money from thinkers and innovators to rent seekers and crooks and those who sit down and get money for nothing. Bernard you should have more bloody sense.

Interestingly our small business had almost completely transitioned to remote working with online offerings. This has just hastened the process by a month and made the physical closing of the office more of a hassle. We were thinking of using wework or somesuch to meet every couple of weeks. Looks like that may need a rethink. But all working well, lucky my kids are adults and living away from home. I don’t envy parents of little ones.

An economy built on the back of an egregious commercial property sector may not be one worth saving. I doubt that many understand how much our economy is propped up on the back of rubbish rent seeking sectors.

Perhaps we should build a new REAL economy.