Global COVID-19 cases have doubled in a fortnight to pass the 2 million mark and Chief Minister Michael Gunner will today announce a $20 million package aimed at “plugging gaps” in the federal JobKeeper program.

Global COVID-19 cases have doubled in a fortnight to pass the 2 million mark, of which the Johns Hopkins centre has America accounting for over 610,000, or roughly 30% of global cases.

As the ABC reports, the news comes as the UK death toll rises by 700 in the last 24 hours. A report from the Islamic Parliament Research Center claims that the real death toll is likely to double the official count, and New Yorkers continue to dig mass graves, check out the Al Jazeera footage, if you can stomach it.

AUSTRALIA’S CURVE STAYS FLAT: In slightly better news back at home, Australia has kept new daily cases below 50 all week, an incredible effort after exceeding 450 on March 28.

According to the NT News ($), Northern Territory Chief Minister Michael Gunner will today announce a $20 million package explicitly aimed at “plugging gaps” in the federal JobKeeper program and covering businesses with casuals of less than 12 months’ employment, international students, and other temporary visa holders.

Building off last month’s “Small Business Survival Fund”, the new scheme will offer businesses between $1,000 and $15,000 a fortnight — depending on how many employees the business had prior to the national shut down — for a maximum of eight weeks to help pay invoices and cover other costs such as rent and utilities.

ADELAIDE WIDENS TESTING NET: In another bit of state progress, The Advertiser ($) reports that South Australia will now test anyone feeling unwell with flu-like symptoms in a “blitz” after the state recorded zero new cases yesterday.

AUSTRALIA ON TRACK FOR LARGEST POPULATION DECLINE IN MODERN HISTORY

According to Home Affairs figures and projections by former senior ­department official Abul Rizvi at The Australian ($), an exodus of tourists, temporary workers and international students during the pandemic could see the biggest population decline in modern Australian history.

300,000 temporary visa holders have already left Australia this year. Rizvi’s analysis predicts that could double by the end of the year — bringing the January 2020 number of more than 2.4 million number down to 1.82 million — in a drop economists warn will further erode consumer spending and the housing market.

DEMO HITS: In other depressing demographics news, The Sydney Morning Herald ($) reports that job ads have crashed amid projections that up to one in five workers lost their income in March.

According to The Guardian, The Australia Institute has launched a campaign for a $750m rescue package for the arts industry, as large swathes of the 193,600-strong workforce face exclusion from the JobKeeper program either due to turnover, casual, or residency requirements.

$50M FOR REGIONAL MEDIA: As the ABC reports, the federal government announced a $50 million support package for regional journalism yesterday, just a day after the Australian Community Media said it would suspend publishing of non-daily publications until at least June.

Additionally, The Courier Mail reports that Queensland Premier Annastacia Palaszczuk will not release health advice the state government relied on when deciding to only open schools for children of essential workers.

President Trump’s decision to defund WHO is simply this — a crime against humanity.

Following Donald Trump’s explicit attempt to scapegoat the World Health Organisation — which, all things considered, is a far from perfect body — the editor-in-chief of medical-journal The Lancet goes for broke.

Plus ça change: division and tribalism may not alter as much as we’re telling ourselves

“For all the profound — and welcome — changes on the part of government in responding to the crisis, it might be wise to resist the temptation to declare that the world has changed forever.

“The overall response of the federal government — Home Affairs’ tragic Ruby Princess blunder aside — has been by and large very effective, and embraced exactly the kind of big-spending fiscal intervention that it had long attacked Labor for.”

“One of the first divides to emerge was between Morrison and state premiers. Over a weekend in mid-March, when daily infection numbers were accelerating, Victorian Premier Daniel Andrews and NSW Premier Gladys Berejiklian, frustrated with the federal government’s pace of action, jumped the gun and leaked plans to shut down all but essential services, leading to a day of communication breakdown and confusion.” 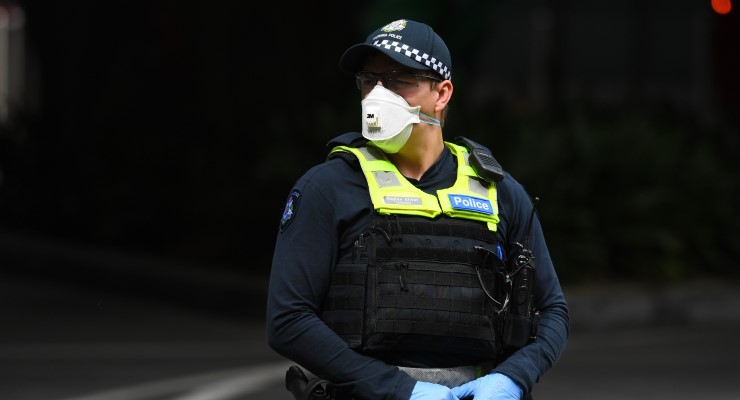 “With the nationwide lockdowns heading into the fourth week, the question of when and how they will start to be modified is coming to the fore.

“Prior to considering that however, and the many issues arising from lockdowns, it’s worth pausing for a moment to observe that they appear to be working.”

Emergency sitting of Parliament to deal with crisis measures

Virgin could be put into voluntary administration within days

Coronavirus: Canberra ‘condescending’ over withdrawal of ambassador to Indonesia

The High Court rules in favour of News Corp, but against press freedom

Regional media get COVID lifeline but ABC, SBS remain in peril — Alexandra Wake and Michael Ward (The Conversation): “After weeks of devastating reports of local newspaper closures and regional broadcast stations turning off local news services, media supporters and observers were united in joy as the Australian government announced a coronavirus relief package for local journalism.”

We can’t stand for the parliament not sitting — Niki Savva (The Australian): “Consenting adults will have to learn to navigate a vastly different future, with the help of sensible guidelines from officialdom (emphasis on sensible) instead of the morass of new rules which place surfing or sitting on a park bench as a greater threat to social order than golfing in some jurisdictions.”

Freezing public servant wages in response to coronavirus is just a sop — Greg Jericho (The Guardian): “As the first economic data revealing the horrific impact of the coronavirus are released, governments are perversely opting to freeze public-servants’ wages. However, a new report shows this will not only create large ongoing impacts for workers, it counterintuitively acts to reduce economic activity at time when the economy needs all the growth it can get.”