Good morning, early birds. Nine people have died from COVID-19 across UK prisons, including one inmate who was being held on a technicality, and parliament will today vote through the $130 billion JobKeeper package. It's the news you need to know, with Chris Woods.

Nine people have died from COVID-19 across UK prisons, the BBC reports, including an inmate of Belmarsh Prison which, currently, houses Wikileaks co-founder Julian Assange.

Reporter Danny Shaw further alleges that official advice recommends releasing 15,000 prisoners after 107 people tested positive in English and Welsh prisons. For their part, Wikileaks has been quick to point out that Assange’s application for bail over ‘high risk’ safety concerns was dismissed in mid-March.

DIED FROM A TECHNICALITY: The news comes after New York’s Rikers Island recorded its first fatality: Michael Tyson, 53, who The City reports had been jailed on a technicality as he awaited hearings for a parole violation.

LABOR TO PUSH FOR SENATE COMMITTEE AHEAD OF $130B VOTE

As parliament prepares to vote through the $130 billion JobKeeper package today, AAP reports that Labor leader Anthony Albanese is confident the upper house will establish a Senate select committee to scrutinise the spending.

As well as the committee — which, according to polling from the Australia Institute, has support of two-thirds of Australians (including our own Guy Rundle) — Labor will push for increased support for casuals.

However Industrial Relations Minister Christian Porter, as AAP explains in an expanded rundown of ACTU-Coalition employment concessions, remains firm on locking out any casuals under 12 months’ service.

Scott Morrison has released long-awaited modelling by the Doherty Institute, although, as the ABC reports, the three-page document is only based on international data and — like all modelling — is purely theoretical.

Nonetheless, the report indicates that isolation, quarantine and social distancing can keep the ‘curve’ for ICU beds below a peak of 5,000, which is well below Australia’s total capacity of 7,000. Additionally, of Australia’s current 5,844 Australian cases, less than 100 are in intensive care and less than 40 on ventilators.

NEVER ENOUGH MODELS: According to The Sydney Morning Herald, the Doherty Institute released two new supportive models yesterday — on Australia and the Asia Pacific, respectively — that warn of an ‘explosive resurgence’ if current measures are relaxed. No pressure, then.

CLEARLY MAKING IT UP AS WE GO

According to The Age, Victorian Premier Dan Andrews has flagged that any future ‘stage four’ measures could shut down existing industries — such as racing and construction — even as he announced that up to a million Victorian schoolchildren will not attend schools for at least the next term.

Conversely, The Daily Telegraph ($) reports that the Berejiklian government is considering gradually winding back small business restrictions from as early as May. In Queensland, The Courier-Mail ($) reports that families will have to wait another week to find out whether schools will reopen for term two.

WHO’S TO SAY WHEN IT ENDS: While yes, we all want out ASAP, it’s worth checking out the World Health Organisation’s new guidelines for assessing when regions could rollback any measures, as well as how to prepare for and adapt to any changes. See also: that ‘explosive resurgence’ thing.

Even as America’s death toll jumps to 11,830 — New York, the new epicentre, saw a daily record of   731 deaths on Monday— US Republicans have forced the state of Wisconsin to proceed with Tuesday’s primary and judicial election.

VOTING AMIDST A CRISIS: After election officials last week shut all but five of Milwaukee’s 180 voting booths, some voters put the current wait time at three hours.

In these days of #Lent, we’ve been witnessing the persecution that Jesus underwent and how He was judged ferociously, even though He was innocent. Let us #PrayTogether today for all those persons who suffer due to an unjust sentence because of someone had it in for them.

The head of the Catholic Church gets into subtweeting and repaid in kind by far less subtle Twitter users.

“The issue was reasonable doubt. There are two bases on which the High Court will intervene in a criminal case and overturn a conviction: either there has been an error of law egregious enough to make the verdict unsafe (for example, that exculpatory evidence was wrongly excluded by the trial judge); or the conviction is inherently unsafe because the jury cannot have rationally come to the conclusion that there was no reasonable doubt as to guilt.” 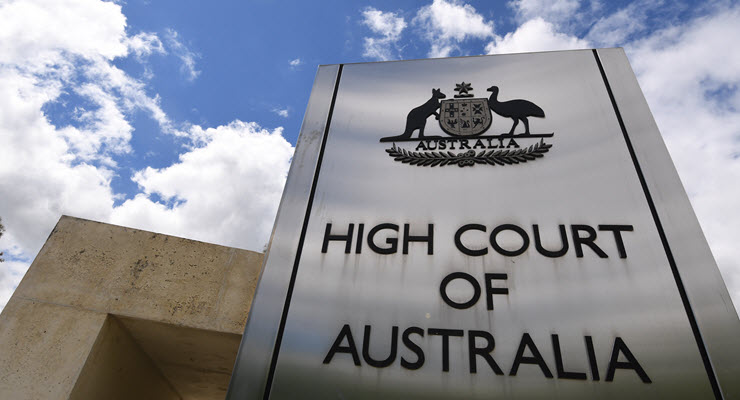 2. What happens with the sex offender register? Are they automatically removed or is that a separate process?

“During the global financial crisis (GFC), banks, building societies, and credit unions were allowed access to the Australian government’s AAA credit rating, empowering them to compete for funding on the global market.”

Coronavirus: Aussie virus patients let out of quarantine without tests

Most people on Antarctica cruise ship have coronavirus

US outlines its corruption allegations surrounding 2022 World Cup in Qatar

How the right is responding to the coronavirus: denial, realism or dangerous contrarianism — Jason Wilson (The Guardian): “Crises have a habit of accelerating changes that were already in train. Some of the trends being pushed along by the pandemic are benign, or neutral, like the evolution of better protocols around remote work and telecommuting.”

Love George Pell or loathe him, we should all be grateful that justice has been delivered — Frank Brennan (The Australian): “Some Australians, including many victims of child sexual abuse, revile George Pell. Others hold him in high esteem. Neither of these groups will have their minds changed about Cardinal Pell, ­regardless of what any court might determine.”

Coronavirus: as culture moves online, regional organisations need help bridging the digital divide — Indigo Holcombe-James (The Conversation): “Museums, galleries and artist collectives around the world are shutting their doors and moving online in response to coronavirus. But engaging with audiences online requires access, skills and investment.”

No US extradition for Julian Assange

Of course there should be an oversight of the stimulus packages.

The Age reports that the package will allow employers to reduce hours until the wage matches the subsidy.

I still think that the subsidy is not correctly aimed – it should not be for people who have work and will continue to do so, but for workers who would otherwise be on unemployment.

The idea being that these people are supported by the government while on leave without pay from the business. That way these workers remain as employees and can return to work when business picks up.

But it is clearly being used to allow companies free labour.