Good morning, early birds. The government has expanded the $550 coronavirus supplement to include people on Youth Allowance Student, Austudy and Abstudy payments, and unemployment is expected to jump from 5.1% to 15%. It's the news you need to know, with Chris Woods.

GOVERNMENT NO MATCH FOR YOUTH CULTURE

The government passed its coronavirus economic response package overnight, the ABC reports, and agreed to calls from Labor and the Greens to expand the $550 coronavirus supplement to people on Youth Allowance Student, Austudy and Abstudy payments.

Both Labor and the Greens failed to pass their own amendments — bringing forward the April 27 start date and inclusions for people on disability support pensions, carer allowance and temporary visas, respectively — however, Social Services Minister Anne Ruston has been granted new powers to amend the coronavirus supplement. This is likely to come in handy considering parliament will not sit again until August.

IN RELATED NEWS: Queensland will today announce its own $3 billion support package, set to provide an average payroll tax refund of $9000 to 24,000 businesses within the week, and $200 rebates for household electricity bills, The Courier-Mail ($) reports.

According to The Sydney Morning Herald, unemployment is expected to jump from 5.1% to 15% — or up to two million people — throughout the crisis, while day one of the shutdown yesterday saw Centrelink lines run around multiple blocks.

In other unemployment news.

FUNEMPLOYMENT POLICE: Here to help, we have both 5000 new Services Australia workers and, um, the cops.

Under pressure from Senator Rex Patrick, the fourth politician to test positive for COVID-19, Australia’s deputy chief medical officer Paul Kelly announced on Q+A that new protocols determining who can be tested for the disease will be announced in the coming days. Also, quarantine measures will basically have to remain in place until a vaccine is developed — which will likely be 18 months — or cases will surge.

TGA MONDAY: Australia’s Therapeutics Goods Administration has granted expedited approval to two rapid COVID-19 diagnostic tests — one testing viral genes over 45 minutes and another that takes 15 minutes but only tests for antibodies, the ABC reports.

IT ALL STARTED WITH A FEW WHATSAPP MESSAGES…

In something that partly explains Sunday’s mixed government messages (think: total state shutdowns vs partial federal shutdowns vs state school closures vs no schools are all fine), The Age has revealed how the night went down. It started with Victorian Premier Daniel Andrews and NSW Premier Gladys Berejiklian using a WhatsApp group with Scott Morrison and other state premiers to press for faster, harsher lockdown measures, then saw NSW and Victoria leak their plans to shut down everything but essential services, and after a massive amount of resulting confusing, resulting in the shutdowns we have today.

NEWS CORP TWIST: If you’re wondering how the Coalition’s favourite newspaper handled the night, look no further than Simon Benson‘s account yesterday of “possibly the most irresponsible act since Federation” ($).

The Australian Border Force has bucked demands to release detained asylum seekers and refugees amid the outbreak, and instead banned visitors, according to Buzzfeed.

The move follows a similar ban for prisons, which face similar health risks — 38 people have tested positive in New York City jails, including on the notorious Rikers island centre, according to ABC News.

SOME PRECEDENT: While it’s no prison exodus, a recent ruling in Victoria cited the pandemic as an exceptional circumstance in agreeing to a bail application.

You may be watching 7.30 tonight hoping to learn what can be done to stop coronavirus from here. If you think the answer is more resources for hospitals, you’re wrong. If you think it’s the government, wrong again. And it’s not the scientists working on a vaccine either. The answer is you.

The ABC host stresses personal responsibility is the ultimate solution to a global pandemic… just seconds before introducing a report on that giant, contaminated cruise ship which let 2700 people wander out into Sydney.

This is a virus, not a war — we need more information to maintain democracy

“Your correspondent returned from the US on what appears to have been the last Qantas flight out of Los Angeles. I left a place where, well, if film school students aren’t out there guerrilla-filming their zombie apocalypse film, they should probably reconsider their career choice. The place had become the backdrop of 1000 tacky B movies.”

Carnival’s corona-cruising: the Ruby Princess debacle is not an isolated case

“Luxury cruise ships the Ruby Princess, the Diamond Princess, the Grand Princess and the Costa Luminosa have a few things in common: for one, they are all owned by US giant Carnival Cruises; and they have all carried COVID-19 infected passengers.”

Buying groceries and a coffee in the ‘new normal’ of Shanghai

“I recently returned to Shanghai from Sydney; let me share my experience of being out in Shanghai yesterday grocery shopping.  As I was leaving the apartment complex, I was greeted by the building manager at the gate and handed a pass out. Going outside, I see there’s not a single person without a mask on.”

Julian Assange to apply for bail on coronavirus concerns

Coronavirus: Time for us to summon the Anzac spirit ($) — Scott Morrison (The Australian): “We gather today at a time of great challenge for our nation, and indeed the world. We are a strong nation and a strong people, but in the months ahead this will put us all to the test like at no time since World War II. But together, Australia, we are up to this challenge.” 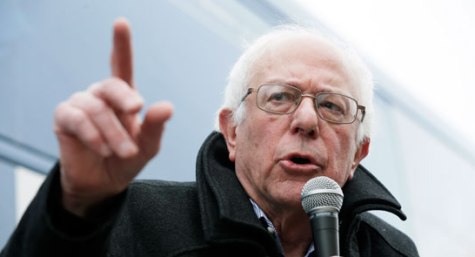 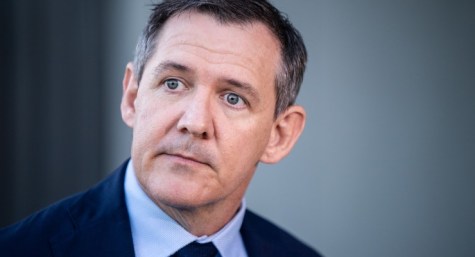 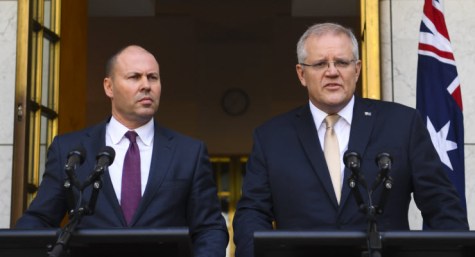 So repeal the tax giveaways! You know, the $50 BILLION a year worth set to come from 2024, the ones the AFR and Australian and ALP (Alternative Liberal Party) politicians are urging be brought forward.

Although the coronavirus has yet again trampled on the Right’s fantasy of “us” being in control of our lives, it is ensuring through its control of politics and the media that we remain both obedient and suffering.

After a decade of orchestrated smears and conniving with academic denigration of the highly effective Rudd stimulus package, reality forced the morrison Kleptocracy to introduce its own feeble, pathetic, and as always devious imitation. First, a “stimulus” package worth nearly $18 billion, 11 days later a $66 billion package hyped up to $190 billion. Suddenly big looked not bad. Only for business, though, so much of it will never be used – the standard morrison spend.

In July ’19 cross-bench Centre Alliance Senator Patrick said “the Parliament can react in the future if the economy heads south.” Well, Patrick now has the opportunity to repair the damage he helped do. ALP (Alternative Liberal Party) could assist – but it is far too much in love with tax giveaways for its six-figure income-earners it says are doing it tough.

Since Senator Rex Patrick is the fourth politician to test positive for COVID-19, you’d think that he would have a personal interest in ensuring, for instance, funding for massive increases in PUBLIC health services.

Observe that while much else has changed, the ruling clique is determined to pocket those fabulous tax giveaways at any cost to us.