Broadcast media companies were already struggling ahead of the coronavirus crisis. Now they face some tough decisions as ad revenues disappear.

The COVID-19 crisis could very well change the structure of all Australian broadcast media.

The virus has already triggered a cut in ad spending, which will deepen in coming months as business activity slows. It’s impacting media and other businesses across the board, and there could be ownership changes similar to CBS’ takeover of Ten in late 2017.

But the most likely bidders for embattled Australian media companies or new sports rights deals are also the most exposed to the financial ravages the virus is already generating.

Nine newspapers reported on Thursday that American sports network ESPN had told the NRL it wanted to be at the table for TV rights negotiations later in the year. 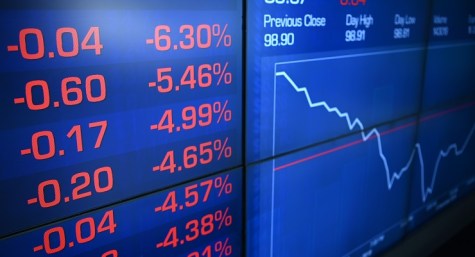 Feel the fear and pump money into the economy: how we can survive the crisis

This was overshadowed by Nine’s announcement before the ASX opened at 10am, where it withdrew its earnings guidance for the year and blamed a looming fourth-quarter slide in ad spending. This saw Nine’s share price fall under $1 a share to a near-record low of 87 cents (after touching 84 cents).

Seven West Media shares did it tougher, with shares down to a close of 7.8 cents a share from 11 cents. The shares hit a new low of 6.7 cents.

And it’s not going to get any easier for Seven or Nine.

If there is no recovery in ad revenues later in the year (remembering that Nine’s Domain real estate listings is about to endure a downturn in activity and home prices), then Seven and Nine will have a tough time trying to renew major broadcasting contracts — particularly sport.

Seven still has to get clarity on how the 2020 Tokyo Olympics will go ahead, if at all.

News that ESPN is interested in bidding for NRL broadcast rights later this year raises the prospect of its parent Disney swooping in and picking up the struggling Seven West Media for its TV broadcast platform and its AFL and cricket broadcast contracts.

ESPN is 80% owned by Disney and is the biggest cable sports network in the world, but it has lost more than 15 million subscribers in recent years thanks to the rise of streaming services.

In response, Disney started a sport streaming service called ESPN+, which had 7.6 million subscribers at the start of 2020.

At close on Wednesday, Seven West Media (40%-controlled by Kerry Stokes) was valued at just under $170 million. Paying 20-30 cents a share would get a lot of sellers, but there is the question of the company’s $548 million in debt.

Would it be better to wait until receivership like CBS did with Ten? CBS knew Ten through production output deals. Disney knows Seven through decades of production deals for TV and films, and dealing with ESPN on NFL broadcasts.

If Disney bought control of Seven it would have the AFL and cricket free-to-air rights to go alongside whatever broadcast rights ESPN could have for subscription TV. It could offer to partner with the NRL and AFL in a local version for ESPN+, for instance, which would be an offer that Fox Sports, Nine and Ten would be hard-pressed to match.

The limited availability for the headline NRL and AFL games this year makes Kayo very vulnerable and will place Fox Sports and Foxtel under even greater financial pressure.

Foxtel itself has lost more than 200,000 regular broadcast subscribers in the past couple of years. Some have gone to Foxtel Now or Kayo, others have dropped out. News Corp had to lend Foxtel $700 million last year to allow it to repay bank debt and remain solvent.

Telstra, which owns 35% of Foxtel, is lending it more than $160 million by way of not requiring payment for the carriage of Foxtel through Telstra’s cables. News Corp shares in the US have fallen 29% in the past month and its 61%-owned property listings arm REA withdrew its 2020 earnings guidance and postponed the start of controversial fee rises indefinitely.

In its own way, the Murdoch empire is as financially stretched as Nine or Seven West Media.

But all this presupposes that the coronavirus impact fades towards the end of the year.

Disney is already under pressure. Its theme parks are shut in the US, Europe and Asia, costing it tens of millions of dollars a day. Its lucrative merchandising business has slowed sharply, its TV and movie production operations have shut.

Its ABC TV network is also under the same pressures as Nine and Seven here. US sports that ESPN broadcasts are closed — basketball, ice hockey — and baseball has been delayed at least until May. There are no tennis and golf tournaments are being abandoned.

By the end of the September quarter, Disney’s financial problems could be as pressing (but on a much larger scale) as those of its smaller peers in Australia.

Other international media giants are in the same position. All are as vulnerable to the impact of COVID-19 on their revenues, cash flows and profits.

Disney and Comcast are in danger because their diversity exposes them to revenue losses in many sectors — theme parks, cable and streaming businesses, production houses for film and TV, satellites and legacy TV networks.

In the end, that could help protect local TV businesses and frustrate the likes of the NRL and AFL as they dream of new contracts.

And even if they survive, the same sort of glittering new contracts with their multi-billion dollar values just won’t be there.

Post-COVID-19, it’s going to be a very different world for the media, here and around the world. 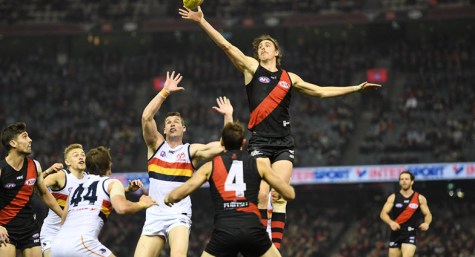 Sports, TV and anti-siphoning laws: tripe for the picking

Re Disney. You forgot their Cruise Ships, which have been incredibly profitable in the North American market. Who is going to want a cruise holiday even once we’ve all recovered from COVID-19?

First and fore-most this whole corona virus thing has been driven by the MSM. It’s one thing to alert the public of the obvious dangers but it’s completely irresponsible to drive the public to the point of hysteria.

Is it that difficult to arrange a bunch of crisis actors to pose for the cameras in front of a major shopping centre stuffing toilet roles in their shopping trolleys?…job done.

First and fore-most this whole corona virus thing has been driven by the MSM. It’s one thing to alert the public of the obvious dangers but it’s completely irresponsible to drive the public to the point of hysteria.

Is it that difficult to arrange a bunch of crisis actors to pose for the cameras in front of a major shopping centre stuffing toilet roles in their shopping trolleys?…job done.

And what prospects for the national broadcaster and public media generally ?