Good morning, early birds. Indigenous health groups want Defence to contain the Northern Territory and Central Australia, and the big banks and the government are negotiating a multi-billion-dollar business rescue package. It's the news you need to know, with Chris Woods.

IS HE GUNNER DO IT?

The ABC reports that Indigenous health groups, specifically the National Community Controlled Health Organisations, have called for Defence to contain the Northern Territory and Central Australia as special control areas.

With cases in Australia rising exponentially, NT News ($) reports the Gunner government has not ruled out closing its borders. Australia has gone from about 19 cases this time in February to over 500 now, The Australian ($) reports, and going off a new Science report on undetected cases, we could be about to see something akin to Europe.

The major banks are negotiating a multi-billion-dollar business rescue package with the Morrison government — to potentially include a loan guarantee or cash payments (to prevent staff lay-offs) for small and medium businesses — which could bring the government’s total spend to more than $40 billion, according to The Australian ($).

The news comes as the government readies an industry package aimed at the airline, tourism and hospitality sectors — and as unions and employers of the latter call for bailouts, The Guardian reports.

WHAT OF THE ARTS? According to The Age, federal arts bodies will meet with Arts Minister Paul Fletcher today to discuss their own support package. Meanwhile, the National Gallery of Victoria has announced a virtual art workaround.

PANDEMIC NO MATCH FOR HUMAN GREED

Second, an Italian technician who 3D-printed breathing equipment to save the lives of local coronavirus patients was apparently not only refused the relevant file by the valve manufacturer — meaning he effectively had to make it up himself — but apparently threatened with legal action over intellectual property theft.

IN MUCH LESS DEPRESSING SCIENCE NEWS: The Guardian reports China has declared favipiravir, a Japanese antiviral drug developed for new influenza strains, appears to be effective in treating coronavirus patients.

Although retail and agriculture experts told the ABC our food supply is basically fine, Woolworths chief executive Brad Banducci has told> The Age supermarkets are now effectively serving “50 million Australians, not 24 million” and, while agreeing with the government to not undertake war-like rationing, the balance is getting trickier.

Also, according to The Daily Telegraph ($), panic-buying-induced violence means cops will now patrol supermarkets, which is just great.

(SUPER)MARKET REFORM: Queensland has announced emergency laws allowing supermarkets to stay open 24/7 when necessary,> while South Australia> will implement similar deregulated trading for 30 days from Saturday, according to The Brisbane Times and The Advertiser ($) respectively.>

According to The Australian ($), the ABC has delayed announcing its five-year plan and jobs response to federal funding cuts, as the national broadcaster focuses on staff welfare and news reporting amid the coronavirus ­pandemic.>

Relatedly, Australia’s> Media, Entertainment and Arts Alliance> has written to AAP shareholders asking them to keep the newswire going throughout the crisis.>

PS: Yesterday, for the first time in its 189-year history, >The Sydney Morning Herald> published its edition remotely.>

Wow. 12 days ago I began a silent meditation in the desert. We were totally isolated. No phone, no communication etc. We had no idea what was happening outside the facility.

The Joker star and aspiring guru comes back to reality.

“The Commonwealth Ombudsman will scrutinise the Australian Federal Police (AFP) over its own investigation into how federal minister Angus Taylor put his name to an allegedly forged document to discredit Sydney Lord Mayor Clover Moore.”

Stimulus Watch: how much are countries throwing at their economies?

“While the number may seem like a hefty sum, Australia’s stimulus package of $17.6 billion only represents 0.9% of our annual GDP. This is a paltry percentage compared to other nations’ response to the impending economic crisis, many of which have been unveiled this week.” 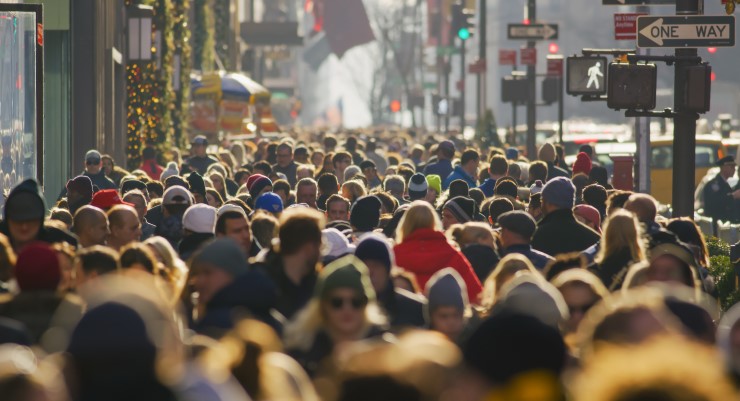 “The sensation of suddenly feeling one is in a dystopian science fiction is fairly common these days, but it really got a workout last Friday in the US when Donald Trump appeared for a press conference with a crack anti-virus team.”

It’s a tumbleweed town, with data showing CBD getting emptier each day

Navigate the swirling currents with grace ($) — Scott Morrison (The Australian): “Life is changing in Australia, as it is changing all around the world. Life is going to continue to change as we deal with the global corona­virus. This is a once-in-100-years event, we haven’t seen this sort of thing since the end of World War I.”

How are countries ‘flattening the curve’ of coronavirus? — Sherryn Groch (The Age): “You can’t see the virus behind the world’s latest pandemic with the naked eye but, plotted on a graph, it looks like one side of a mountain, climbing skyward as case numbers soar past 197,000 people in little more than three months. Eventually, epidemiologists say, that trajectory will start to fall.”

Australia’s economic victims of coronavirus, just like the health victims, need help now — Richard Denniss (The Guardian): “The median full-time wage in Australia is $68,000 a year. A person who is laid off from their job will land in a Newstart safety net of almost $14,500 a year. How many weeks could you pay for food, rent, mortgage or car payments on $280 a week?”

“Self-isolation” sounds good for those with mild disease or who have been in close contact with someone with the virus. But while these measures have been effective for the moment in preventing community transmission of COVID-19, it offloads the whole cost and problem onto the individual, the one most badly placed to handle it.

A million temporary workers (foreign students, visa-holders, backpackers, etc) have no access to public benefits of any kind, so must continue working to survive, even doing so spreads covid-19. Even more broadly, our policy increases the dependency of a wife on her own or her husband’s family, often largely so even if she is working. As “the partner visa doesn’t entitle her to Medicare or Centrelink payments for the first two years she is in Australia”, it thus increases their vulnerability.

“Closing borders” and “stopping travel” ignores that locals – whether “Australian” or not – have to be given support to enable “social distancing”.

“Although retail and agriculture experts told the ABC our food supply is basically fine, Woolworths chief executive Brad Banducci has told The Age supermarkets are now effectively serving “50 million Australians, not 24 million” and, while agreeing with the government to not undertake war-like rationing, the balance is getting trickier.”

Rationing would have prevented panic buying and shortages of products. Which is especially important for medications.

I think also that rationing would stabilise the economy in that the instances of panic buying would be reduced and there wouldn’t be a glut of activity followed by a long lull.