Virus Watch: anarchy in the USA, sport is over, and a minister may be infected

The coronavirus leads to more chaos in the US, while former senator Derryn Hinch reckons someone in the government is infected.

The Australian share market continues to shake itself into rubble. After a crash of nearly 10% on Wall Street last night and big falls across Europe, the ASX200 dropped more than 7% in the first 15 minutes of trading this morning, adding to the $551 billion already lost in the past three weeks.

We have a bunch of questions ….

As we were all recovering from the news that Australia had given Tom Hanks and Rita Wilson the virus, incorrigible gossip and former senator/Crikey contributor Derryn Hinch tweeted out: “I’m hearing a federal minister has tested positive. Cancelled meetings tomorrow.”

There’s some irony in a man usually so happy to name names (who can forget his first Senate speech?) suddenly being so taciturn.

He’s ruled out a few ministers — Education Minister Dan Tehan, Health Minister Greg Hunt, and Treasurer Josh Frydenberg — and he’s made it clear it’s not a backbencher like Barnaby Joyce.

Despite President Donald Trump’s unilateral call to ban travel from the European Union, somehow, things in the US keep getting worse.

All Broadway performances are cancelled until mid April and Disneyland is closed for the rest of the month. Of course, none of this iconic Americana grinding to a halt has any symbolism, no sir.

But it’s not all bad news. American televangelist Kenneth Copeland “healed” viewers of the coronavirus through their televisions last night. And if you believe that worked, far-right grifter Alex Jones has some COVID-killing toothpaste you may wish to buy.

Meanwhile, Trump continues to refuse to get tested, despite news he has once again come into contact with someone who later tested positive to coronavirus. This time it was Brazilian President Jair Bolsonaro’s communications chief, who tested positive days after attending an event with Trump and Vice President Mike Pence.

You have to admire the pluck of the financially stricken Seven Network, ploughing ahead with the announcement of its Tokyo Olympics commentary team this morning.

Sure, the US national college basketball competition March Madness is cancelled, and the NBA and NHL are suspended for the season, and the baseball season will be delayed for at least two weeks. 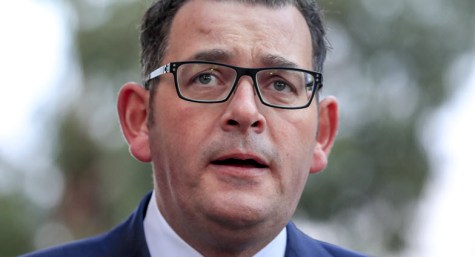 Sure, the Australian Men’s cricket team’s matches against New Zealand won’t be admitting fans, and the women’s team won’t tour South Africa at all. Sure, Italy suspended its football competition before the rest of the country shut down, and sure, Melbourne’s Grand Prix has finally been cancelled after a lengthy controversy, and we don’t know if the AFL season will be going ahead.

But Seven, with the best part of $30 million at stake in the broadcasting of the Olympics, is soldiering on in the belief that all will be right by late July when the summer games are due to start.

What it didn’t mention, for some reason, is the fact that the Olympic Flame was lit with almost no one there to witness it.

Australian broadcasters are making plans for the country’s outbreak to get worse.

According to the Nine papers, Southern Cross Austereo, which runs stations Triple M and Hit, has put in place technology to allow staff — including presenters — across its 65 offices to work from home.

It’s good to know Southern Cross Austereo understands one thing: however bad things get, Australian society would simply crumble if Dave Hughes wasn’t on the air. Take my eyes, take my family, but do not take away Dave Hughes. 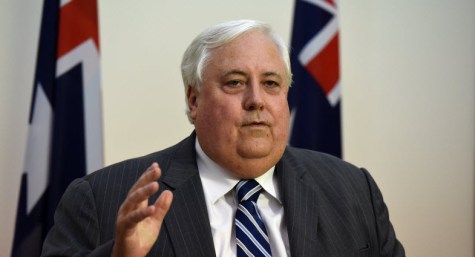 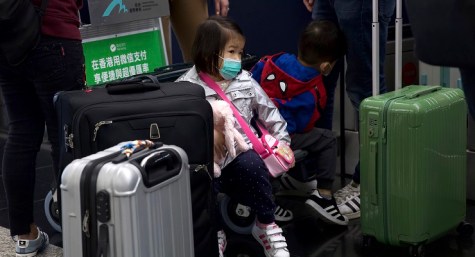 Virus watch: what you need to know about COVID-19 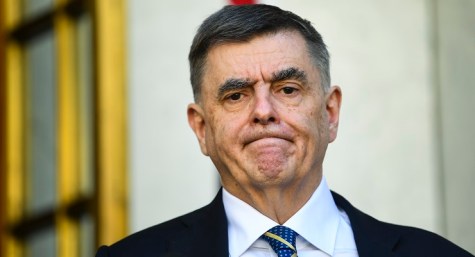 If Eurovision is cancelled, there will be riots.

And where better to hold it than Rotterdam, one of the world’s major cargo ports.
Kraakers, your time has come.
No, not you Kraken, go back to Micallef.

Trump’s in the clear, according to our Deputy CMO Brendan Murphy’s handling of the Dutton-Morrison viral connection…