Twelve months on from the Christchurch terror attacks, has anything changed?

A year ago, Australia should’ve had a wake-up call. For years, Islamophobia had slowly been normalised and integrated into the mainstream. And for years, far-right extremism had been festering away in the bleak corners of the internet, shielded behind a facade of irony, dark humour, and incomprehensible memes.

But all that came brutally rushing to the surface when an Australian man murdered 51 Muslims in Christchurch during Friday prayers, while streaming the attack to the world.

In the days after the attack, New Zealanders felt their country had changed — the innocent fantasy of a liberal multicultural paradise shattered in minutes. In Australia, too, we ought to have felt something like that. The terrorist had been raised and radicalised on Australian soil.

But a year later, Christchurch seems all but forgotten. The last 12 months have instead been marred by a failure to meaningfully tackle racism in Australia. And much of the blame for that lies at the feet of the Morrison government, which has focused on a series of ad hoc, band-aid attempts to regulate the internet, while appearing to downplay warnings from security agencies about the rising threat of far-right violence.

What we did after Christchurch

The week after the attack was a study in contrast. New Zealand Prime Minister Jacinda Ardern won international acclaim for her handling of the crisis — within days, she’d announced a new assault weapon ban.

Scott Morrison, while full of platitudes, had to grapple with awkward questions about his alleged past attempts to win votes by attacking Muslims. He didn’t like when journalists dug this up, and he even threatened to sue Waleed Aly.

But cracks quickly appeared in those new regimes. As Crikey reported last year, such laws wouldn’t be able to block a computer game which allowed users to play as the Christchurch shooter.

The terrorist inspired a series of white supremacist attacks last year, in the United States and Germany. But in those instances, while the killers also released manifestos, the eSafety Commissioner didn’t take them off the internet, because they didn’t go viral.

What haven’t we done?

Most importantly, taking down websites does little to stop disaffected young white men becoming radicalised, or curb hostility toward immigrants.

“Unfortunately there have been no tangible strategies put in place since the Christchurch shooting to tackle racism and the rise of far-right extremist groups,” Mary Patetsos, chair of the Federation of Ethnic Communities’ Councils of Australia, told Crikey.

Australia has failed to adequately invest in anti-racism campaigns, says Tim Soutphommasane, a professor at the University of Sydney and former race discrimination commissioner.

“We’re prepared to spend millions of dollars on important causes such as combatting domestic violence, improving road safety, and educating people about the dangers of smoking. Yet since 2015, there has not been any dedicated federal funding for anti-racism campaigns or strategies.”

Patetsos, too, urged the government to fund a national anti-racism program. But despite pressure from the Human Rights Commission, community organisations and Labor, the government still hasn’t committed funding for new anti-racism initiatives.

The need for such a commitment is particularly stark. Current race discrimination commissioner Chin Tan told Crikey Australian Muslims had described to the Human Rights Commission a climate of increased fear. Many were afraid of going to mosque, or attending large public gatherings.

Failing to heed the call

But Australia has already promised to do better. Last year, we signed the Christchurch Call, a series of pledges made by governments and internet platforms to tackle the conditions that led to Christchurch.

Some people were cynical about the government’s motivations. According to Labor MP Anne Aly, the first female Muslim elected to federal parliament, “Scott Morrison has used the Christchurch Call to mount a simplistic campaign against technology platforms, rather than commit to doing the work required to achieve effective outcomes”.

But our implementation of the Call has been particularly piecemeal, buried under layers of bureaucracy and barely given a whiff of media attention. The Department of Home Affairs, responding to Senate estimate questions on notice, admitted the government had not established a specific task force to meet the obligations of the Christchurch Call.

Investment in intervention programs has been limited. When asked about how the department was intending to promote positive alternatives and counter extremist propaganda, it repeatedly said it “undertakes a range of activities”. No further detail of what those activities actually were was given.

The government also created a Taskforce to Combat Terrorist and Extreme Violent Material Online. It’s unclear whether this body has met since its last report was released in June last year.

Meanwhile, the response is stuck in a bureaucratic quagmire. Home Affairs is responsible for dealing with violent extremism. Regulating online content falls under the remit of the Department of Communications and Arts, while the task of implementing the Christchurch Call is given to the Department of Prime Minister and Cabinet. And so the buck keeps on getting passed.

And in a damning report revealed in The Saturday Paper this week, ASIO claimed far right groups had evolved into “highly structured, security aware” groups that were clamouring for a race war.

Instead of deal with this threat, however, the Coalition have returned to the familiar terrain of culture war. Senator Concetta Fierravanti-Wells attacked Burgess, saying the term “right-wing extremism” was offensive to conservatives. Her Senate colleague Amanda Stoker made the same complaint in estimates the next day. Home Affairs Minister Peter Dutton immediately claimed both the far right and the far left were a problem — one of his staff pointed to Extinction Rebellion as evidence of this.

Even before the Christchurch attack, we had a serious problem with the far right. Reactionary groups were becoming increasingly bold, and a Neo-Nazi cell managed to infiltrate the Young Nationals.

“The warning signs that we were headed to a tragedy like Christchurch were there and hadn’t been treated seriously,” says Aly, who before entering politics was a counter-terrorism expert.

But a year later, little has changed. The warning signs are louder, but the inaction continues.

“Our political leaders like to celebrate Australia as a multicultural success. We need to support this success,” Soutphommasane said.

“Yet when our political leaders are warned, including by intelligence agencies, that there is a real threat of far-right violence, we see no meaningful response.”

After 9/11, Australia passed a new anti-terror law every seven weeks, more than any other western country. But even in a post-Christchurch world, we still haven’t listed a single right-wing group as a terrorist organisation.

In the days after the attack, many white New Zealanders expressed naive shock at how something so horrific could ever happen in Christchurch. Unless Australia takes the threat of right-wing extremism seriously, we’re sleepwalking towards a moment where, one day, many of us will be asking the same question of our own country. 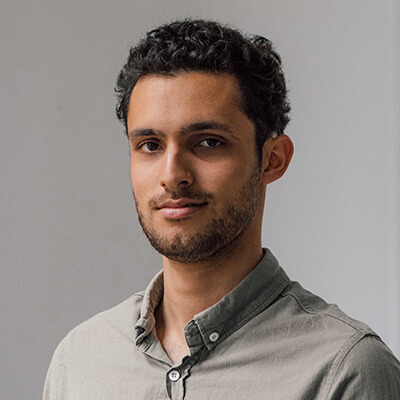 18 months on, Christchurch footage is still available on messaging platforms

After Christchurch: the culture that created evil remains hiding in plain sight

Well said, Kishor!
If this government thinks there are no ultra-right wing ‘terrorist’ groups operating in Australia, they have rocks in their collective heads. Look at Oz history…it has all happened before, right wing military type groups ‘training’ in this country in the 1970’s I think it was.
These idiots don’t just go away…they find other ways to cause havoc in the community. At the very least such loonies need watching…closely.
And we should listen more carefully to the experts like Dr. Anne Aly, Labor MP from WA, who is already in the federal parliament and no doubt has a lot to offer on this subject.

“And much of the blame for that lies at the feet of the Morrison government, ”

Seriously Kishor, this mob want to promote them with silence, Dutton not understanding the difference between left and right wing terrorism.