Katie Hopkins is too toxic for everywhere except Australian TV

She's a far-right commentator who's been deplatformed all over the world. But that hasn't stopped Australia rolling out the red carpet.

Katie Hopkins, a former columnist and media commentator best known for her Islamophobic outbursts and far-right politics has been deplatformed all over the world.

But that hasn’t stopped her getting a gig on Australian breakfast television.

On Friday, Nine’s Today show gave Hopkins — billed as a “controversial media personality” — the chance to launch an attack on Prince Harry and Meghan Markle.

“I’m not that controversial Karl, what I am is right,” Hopkins told host Karl Stefanovic after being introduced. “If you want to ask me who owns the word ‘tramp’, well that would be Meghan Markle.”

Stefanovic found it all very funny.

“You’re the only woman in the UK more unpopular than Megs,” he chuckled.

A Nine spokesperson told Crikey that Hopkins’ opinion was challenged throughout the segment.

It isn’t the first time Nine has given Hopkins a platform to attack Harry and Meghan — she was interviewed by Stefanovic for a 60 Minutes story about the couple last year, for which the network was panned.

A long history of being cancelled

For more than a decade, Hopkins’ media career has followed a pattern: an outlet hires her for her “controversial” views, only to part ways when those views get a little too uncomfortable for the brand.

A former reality TV contestant, Hopkins lost her first media job in 2007, when her column in Exeter’s Express & Echo was canned after a poll found 84% of readers wanted her gone. 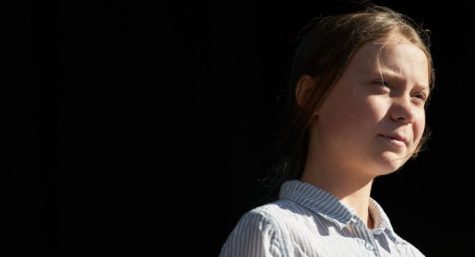 In 2013, Hopkins, who had carved out a niche for herself as an “outspoken” personality by mocking obese people and people with disabilities, was picked up by The Sun, who billed her as “Britain’s most controversial columnist”.

Two years later, she attracted international outrage over a column comparing migrants crossing the Mediterranean to “cockroaches” and “feral humans”. Several commentators, including the United Nations High Commissioner for Human Rights likened the language used by Hopkins to that of Rwandan genocidaires.

When her contract ran out (The Sun’s management believed she was “toxic” for the paper), Hopkins moved to the Mail Online. There her Islamophobic comments continued — she said that Islam “disgusts” her, and condemned multiculturalism.

In 2017, after the Manchester Arena terror attacks, she called for a “final solution” for Muslims in a tweet, and was stripped of a gig hosting a weekly radio show on LBC.

Later that year, she left the Mail too. Having exhausted the British tabloids, Hopkins would then find a new, temporary home on Rebel Media, the far-right Canadian site that picked up Mark Latham’s Outsiders after he was dumped from Sky News.

But by late 2018 Hopkins had been dropped from Rebel Media as well. In January, Twitter suspended her account and deleted all her tweets for violating its anti-hate policy.

Hopkins’ toxic commentary has lost her money as well as platforms. She’s been involved in three libel claims. In one instance, the Mail had to pay out  £150,000 to a British Muslim family she wrongly accused of extremism.

When Hopkins falsely accused writer Jack Monroe of vandalising a war memorial, and lost a libel trial, she had to sell her house to pay damages.

In 2018, Hopkins was on the other end of a complaint, successfully getting The Mirror to change a headline which claimed she’d been arrested in South Africa for possession of ketamine. She’d actually been arrested for inciting racial hatred over her support for the “white genocide” conspiracy theory, a favoured talking point of new age white supremacists.

As for Nine, a spokesperson said Today “features many diverse voices and opinions”, and claimed Hopkins “added another dimension to the story”.

“We don’t shy away from the fact that our viewers are educated and can make informed opinions of a story,” they said.

And while Nine says Hopkins was not paid and denies an ongoing commercial relationship with her, there’s no reason to believe this latest appearance on Today will be her last.

“You do tend to fire people up. I really enjoy your company,” Stefanovic said. 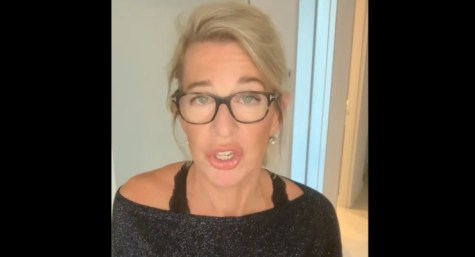 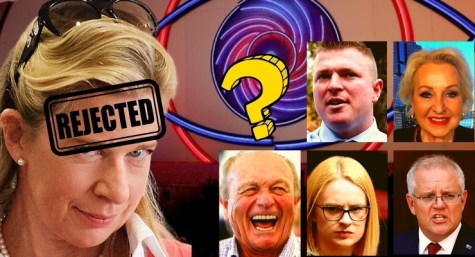 Who should replace Katie Hopkins in the Big Brother house? We have a few thoughts 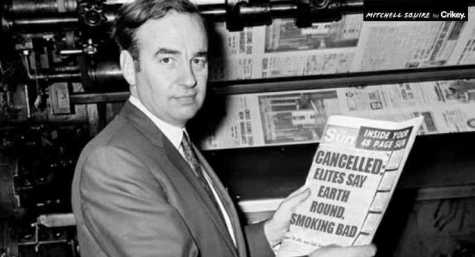 I don’t know why this woman was given any notice by Name. A brief reference to the stupidity and racism of a Commercial Channel and a Mr S would suffice. Now on with the real news ….

Good thing KH isn’t an Aussie, Sooty and the gang would’ve gleefully given her an OA too !

For a laugh at her expense have a look at this video that shows her up. https://www.youtube.com/watch?v=eRIdtMlqwNA

Saw that segment by accident but I’d never heard of her before. I guess she was amusing in that manner used by comedians like Don Rickles (rip) or Lenny Bruce. Do people really take her seriously? She’d be a natural for the Australian or Tele.

Crass channel 9 breakfast pap. So far from what is important at the moment it is measured in parsecs.

Oxygen is the best disinfectant – ideas shunted into the shadows metastasize into some bigger by claiming victim status.