‘That’s not intersectional!’ Inside the newsroom of the Green Left Weekly

Crikey takes a look inside the news room at the Green Left Weekly to see how they maintain the rage.

Ever wanted to see how the media sausage is made? Inside the News Conference takes a look at the beating (and sometimes bleeding) hearts of media companies around the world.

[The offices of Green Left Weekly. The EDITOR addresses his staff, slamming his fist on the table.]

SUBEDITOR: I agree — we’ve tolerated this for TOO LONG

NEWS EDITOR: Absolutely! EVERYONE should be FURIOUS about it. It’s a DISGRACE.

EDITOR: So, what is it this week?

EDITOR: What are we angry about? 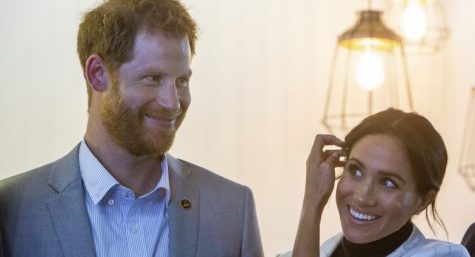 EDITOR: Excellent. I think what’s important for this issue, comrades, is that we really make it clear why socialism is the way forward.

PHOTO EDITOR: Have we not made it clear previously?

EDITOR: Obviously not: if we had, this country would be socialist by now, wouldn’t it?

EDITOR: So I say we make a huge effort this week to really hammer home the necessity of revolution and the immediate implementation of green-left policies. This is our moment: we must seize it. So you know what that means.

CULTURE EDITOR: I’ll get to work immediately on a piece on the new production of Don’s Party.

EDITOR: Naturally. What’s in the news this week for us to latch onto?

EDITOR: What about it?

EDITOR: Good. Make that clear. What else?

NEWS EDITOR: Well, Blacktown City Council has just declared a climate emergency, but the Trump administration continues to refuse to meet with them.

NEWS EDITOR: Also, in the Democratic primaries, Bernie Sanders is the frontrunner even though he hates women.

PHOTO EDITOR: I’ve been photographing a lot of protests lately. Lot of rainbow flags, Extinction Rebellion, that kind of thing.

EDITOR: Good, we need something fresh. Now, the big front page story: what do we go with?

SUBEDITOR: I had an idea … how about “RACISM: THE CASE AGAINST”?

EDITOR: Yes! That’ll get them ANGRY! Get to work. 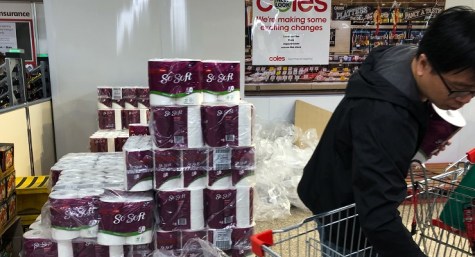 News Corp’s secret roll play for a country crapping itself 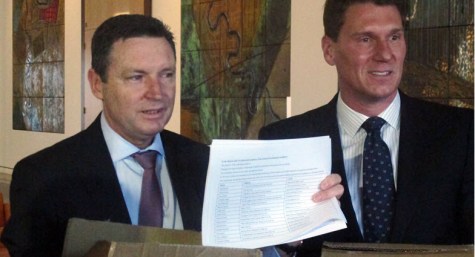 There is plenty to satirise about the left in general, and the particular form of leftism that the Green Left Weekly represents – as there is of any publication with an explicit political position. But I have to say, this reads as one of the most forced and unsubtle things yve ever written, and, as far as the ‘intersectional’ stuff goes, quite astray from where the GLW actually is (that’s more the Guardian. But then you write for that occasionally). Reads to your fans, of which I’m one, like your heart wasn’t really in it. A fair assessment?

Not a reader of GLW, I wasn’t able to judge the piece really but for what it’s worth, I read right through without smiling. I did think that when you satirise you need to satirise something known to the readers. Are there any Crikey readers who read GLW?

Not a reader of GLW, I wasn’t able to judge the piece really but for what it’s worth, I read right through without smiling. I did think that when you satirise you need to satirise something known to the readers. Are there any Crikey readers who read GLW?

Customary insults from the arrogant and ignorant.

Though this scribbler is like most of them not interested, GLW manages a higher standard of objectivity and information than most mainstream media.

In a lecture in part criticising the vicious hate campaign against one target of “The Australian’s” Morning Hate – the ‘Safe Schools’ programme – one Professor Mitchell included a slide titled “The anatomy of an Oz Hate Campaign” attributed to a 2014 report by journalism academics Andrew Dodd and Matthew Ricketson, both former journalists at ‘The Australian’:

“It gets to the anti-communist rhetoric; Roz Ward was a gift to that, an absolute gift [in her social media profession of support for Marxism]. They played that mercilessly [demonstrating as always the casual hypocrisy of the Right’s demands for free speech],” she said.

“Professor Mitchell rightly criticised the ‘depravity narrative’ accusation directed against “the left” adopted and promoted by the News Ltd hate campaign; it has now morphed into similar sneers against any progressive view (such as NZ PM Arden wearing a veil after the Christchurch murders) as being “virtue signalling”.

GLW would certainly urge good manners. “The Australian” would regard that as political correstness; presumably to “The Australian” spitting in someone’s face would be delightfully politically incorrect therefore appropropriate behaviour. Would you prefer the GLW approach or “The Australian’s”?