Even when ‘strange’ and struggling, Crikey always punched above its weight

In 20 years, Crikey has gone from a 'strange website' to a force for good, writes Adam Schwab.

Perhaps I should have taken the hint when no one asked me to write anything, but I can’t help but feel waves of nostalgia and gratefulness that Crikey is now, remarkably, 20 years old.

While my contributions to Crikey over the years have been, at best, in a very supporting role, the impact Crikey has had on me — a former lawyer and non-journalist who has in 15 years written around 1000 articles and a (somehow) best-selling business book — has been profound.

My first experience with Crikey was as a bored articled clerk at the blue-chip law firm Freehills back in 2003. Randomly searching Google, up popped a strange website. Like most, I was attracted by a free trial. Within months, lured by a free copy of Rich Kids (the fantastic profile of the collapse of One.Tel by Paul Barry), I was tempted into a paid subscription.

Back then I would print out the often 25-page daily Crikey and read it on the way to and from 101 Collins Street each day on the train.

It became compulsory reading (and in 17 years, I haven’t ever missed an issue, although I still miss the rough and tumble days of Stephen Mayne and Eric Beecher’s early days under editor Misha Ketchell). 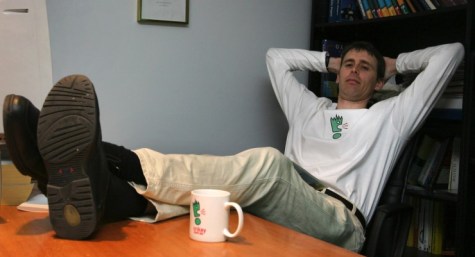 Whether true or not, Mayne once credited me (indirectly) with saving Crikey. Shortly before he sold the business, I convinced my bosses at Freehills to take out a group subscription to Crikey of around 50 subs. My rationale being that first I wanted to save a few bucks, and second there were likely relevant articles about our clients and potential clients that the small investment would reap.

That subscription allegedly kept the lights on long enough for Stephen to sell the business, famously, for $1 million.

Fast forward a year and my best mate and I had left our corporate jobs and started our first business. With a fair bit of time on my hands, one day in 2005 in the midst of the Steve Vizard insider trading scandal, I sent Crikey an idea about an article for then-legal contributor (and former ASC chief) Peter Faris.

Faris was too busy at the time and Ketchell asked if I (as a corporate lawyer still holding a practicing certificate) could write an article instead.

I can’t remember what I wrote (I doubt it was any good), but Misha asked me to write some more. I remember in the early days readers who disagreed with my views (of which there were many), would not infrequently (nor unfairly) ask, “who the hell is Adam Schwab?”.

Little did they know how valid the question was given the writer was a 26-year-old guy who’d never done a day’s journalism training.

Like any opinion writer, I’ve had some wins (exposing ABC Learning’s financial chicanery, predicting the 2007 stock market crash) and some very embarrassing losses (once suggesting Apple was overpriced at $80… it’s now $292).

But writing to you, Crikey’s loyal readership, has been a privilege. Even while my real business has grown in the last 15 years from a couple of guys working in a tiny office to a global business with a turnover of more than $500 million, I still get a kick out of reading comments at the bottom of an article. Whether it be virulent abuse or wholehearted agreement, what matters is that someone cares enough to login and comment).

While its readership numbers pale against that of News Corp or Nine, Crikey continues to punch well above its weight in terms of influence. And perhaps with some bias, I like to think Crikey has made Australia a better place — be it from exposing corporate malfeasance or pointing out how our rights have been eroded or simply broadening readers’ minds.

I look forward to the next 20 years.

Adam Schwab has been a Crikey contributor since 2005. He is the author of Pigs at the Tough: Lessons from Australia’s Decade of Corporate Greed and has been on the board of Private Media since 2019. 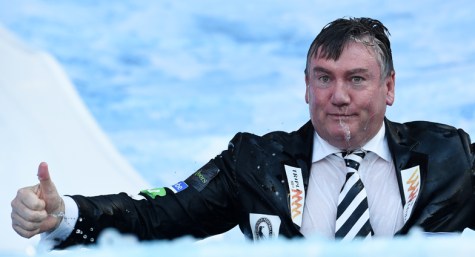 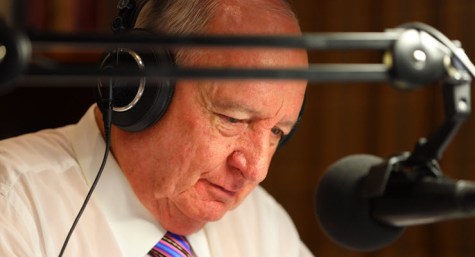 Adam, I think I’ve read almost all your contributions to Crikey and they’ve been interesting, informative and even revelatory, cogent and written with a sly sense of black humour – please keep writing! I’m also a fellow refugee from the law – a year at Allens, for my sins – and it’s great to read someone who has what I consider to be the most important take-out from a law degree; the ability to recognise a conflict of interest. Pigs at the Trough indeed.

If you did save Crikey’s bacon as ‘indirectly credited by Stephen Mayne’, thanks for the favour, Adam.

If you wrote that Apple shares are over-priced today you’d be spot on – Apple, like many others, are stymied without a supply chain.

It’s been a fine 20 years, Crikey, congrats – though always a wee bit Melbourne-centric for we Sydneysiders. I would hate to add up all the productive hours I’ve exhausted reading and ranting hereabouts since 2001. Got me through eight years of disability care night shifts, though (sacked a few months ago). The patience and tolerance of Editors/moderators was always appreciated. Long may that endure.

Twenty years of pestering/groupiedom is a good score for an Info Transition Era dinosaur like me to bank, too. I’m like a broken record on it, I know, but I think the main problems facing us all now can largely be tracked back to the same common ill: too many words. Too much analysis, commentary, noise, introspection, narcissism, blah blah…devaluing the currency of literacy and ideas. Paralysing action. Good time to become a quiet Australian, certainly having added a great big (over)share of dreck to our Shouty Age since Webdiary days (and…psst, Stephen, you big suburban picket fence poser: Margo being real deal hard core, she didn’t get to flog her radical new info-baby for a $mil to Beech’s Posh Rebel lit set like you, geddit? You were really always Mr Mainstream Respectable at heart, foam suit or not…)

Good luck for the next twenty, Crikey. But remember: genuinely subversive writing…hurts. Preferably your (justly-chosen) writerly target, too…but always the writer. Real subversion always hurts the writer. So beware these anniversary warm n’ fuzzies, beware the plaudits of the Names. If it isn’t hurting any more, if you’re not despised and shunned by the powerful, if you’re a little too cosy and comfy and career-crafting in your Bylines….you’re probably not doing the job right.

Thanks and cheers, Crikerians all.

You too Jack. I’ve enjoyed your contributions more than anyone else.

And Adam, keep up the good work.

I may join you as a contributor. I’m hoping to have too much time on my hands, soon.

“too many words. Too much analysis”

I disagree Jack. Too few analysts, too many blowhards.