In November, Christian Porter professed outrage that Tony Abbott had been pursued by his own department under foreign interference laws. Except he'd known about it all along.

When the government discovered in November that its laws against foreign interference had instead been used to target a conservative political conference and former prime minister Tony Abbott, it was outraged.

“I have made it clear to my department that I expect it to demonstrate a focus on the most serious instances of non-compliance,” Attorney-General Christian Porter said when it was revealed a furious Tony Abbott has been asked by the AGD to register under the Foreign Interest Transparency Scheme (FITS).

“I’m not persuaded this focus has been perfectly demonstrated to date.”

Porter said the department was guilty of a “lack of common sense to date”, and promised to speak to department secretary Chris Moraitis about shaking up the team administering it.

He was, Janet Albrechtsen wrote without irony, “incandescent with rage” about the whole thing. Albrechsten herself compared the whole scheme to East Germany.

Unusually, Crikey agreed with the far-right doyenne. AGD bureaucrats had no business harassing the organisers of a political conference or anyone speaking at it.

But all is not what it seems about Porter’s role, Abbott’s role, or that of shadow AG Mark Dreyfus.

Christian Porter implied he was shocked and dismayed to learn that the department had been focusing its efforts on the likes of Tony Abbott. Only problem is, according to documents released under Freedom of Information (FOI) law, Porter knew all along about Abbott being pursued by the department.

The documents show that Porter’s office knew right from the outset that AGD staff wanted Abbott to register for the CPAC conference scheduled for August in Sydney.

The head of the Institutional Integrity Branch emailed Porter’s chief of staff on August 2, a week before the CPAC conference, to provide talking points about it and how AGD had contacted the organiser, Andrew Cooper. Porter’s office had actually requested the talking points.

The officer flagged that Tony Abbott would be required to register under the FITS. A week later, just before the conference began, there were further exchanges between AGD and Porter’s office about getting Abbott’s contact details. “PM&C should be able to provide you with those contact details,” Porter’s chief of staff Tim Wellington told departmental staff.

Porter’s office was not merely aware AGD was pursuing Abbott, but helped them to get in touch.

Of course, just because Porter’s office knew doesn’t mean that Porter himself knew. Except, the documents show that Moraitis discussed the need for a letter from Abbott under the scheme with Porter himself on September 2.

Two months later, Porter professed high dudgeon at the lack of common sense that saw his department go after Abbott. Perhaps he forgot.

But wasn’t Abbott also (rightly) in high dudgeon about being forced to register as some sort of “foreign agent”?

Abbott labelled AGD’s request “absurd” in a drop to his friends at News Corp in early November that sparked the affair.

Only, the documents show Abbott’s office readily co-operating with AGD and assuring AGD that Abbott would provide a registration when he returned from overseas. It was only in October that self-described weathervane Abbott, apparently, changed his mind.

Who sought all these documents under FOI? They were obtained, in what turns out to be an impressive own-goal, by the Institute of Public Affairs (IPA).

The IPA has railed against the foreign influence scheme, and good for them. But in their view, the real problem is the sinister role of Mark Dreyfus. Two weeks ago the IPA claimed the documents showed “Tony Abbott and other conservative activists were pursued by the federal Attorney-General­’s Department at the behest­ of Labor legal affairs spokesman Mark Dreyfus.”

The Australian wrote the story up as “How Labor’s top lawyer Mark Dreyfus steered bureaucrats against ex-PM Tony Abbott”.

On July 22 he attended a briefing on the scheme with AGD officials. In that, he asked whether the “application of the scheme to foreign political organisations holding events in Australia … specifically raised the upcoming Conservative Political Action Conference (CPAC) to be held in Sydney on 9-11 August 2019, as an example of an event that may trigger registration obligations under the scheme and asked what the Department planned to do about it”.

One of Porter’s staff was at that very meeting with Dreyfus. As they are whenever a shadow minister is briefed by officials. Porter’s office knew right from the get-go. 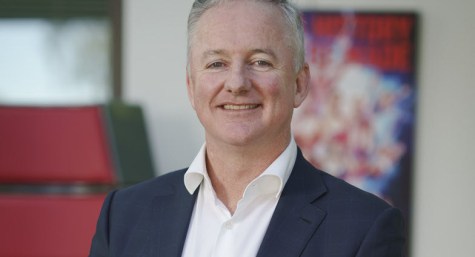 So this is weapon for the Limited News Party Coal-ition to use against it’s enemies?

If the IPA Fellows were any smarter, they’d be dangerous to others.

Tony Abbott, Alexander Downer and Joe Hockey should come under the FITS.
I am pretty sure John Howard should too.

As for the IPA, obviously they didn’t feel the need to sound Christian Porter out before launching into a campaign against Dreyfuss, with the FOI being what they thought was the first salvo.

I think the British police used to call it an own goal when the IRA bomb maker detonated his own device preferably taking not only his own life but a few of his friends with him.

This is a BS govt addicted to its own BS. The level of incompetence is right up there with Tint Abbott’s laughable attempts.

But that won’t stop the apologists. Freaking mayhem.

Fantastic story! And it’s true. Pity Crikey didn’t break it and that it was the IPA shooting itself in the foot. Again.

Personally I find it distasteful that the AGs would require such an instrument as a FITS for any conference. I find it distasteful to be sure that there is conference of fellow Tories held in Oz (Tories of the world unite!) and I am sure it is the AG showing that they are just as process driven of Right wingers as they are of left wingers. In fact it would be interesting to hear if a left wing universal love in was subject to similar requirements. I think we can sit back, laugh and watch these people become hoisted on their own petard as I am sure they thought it would never apply to them. What are they doing here anyway? Perhaps they are going to hold a séance and summon up the ghosts and fellow spirits of General Augusto Pinochet and Maggie Thatcher. I am sure Mark Dreyfuss the shadow AG didn’t anticipate the dragging of Tony Add-but.. into this fiasco. I am supportive of free speech and democracy so I would let it go ahead as I am sure they would be supportive of international leftist causes. Unless conditions change. In fact it is hard to see given the anodyne pale drawn nature of Labor what international interest it could draw on. Conservatives dominate the Anglosphere. The left are divided and lack clarity amongst other things. At the risk of shoe-horning I will leave it at that.