Will a Senate inquiry alone be enough to save Australia from racism and far-right extremism?

It’s nearly a year to the day since an Australian man walked into a mosque in Christchurch and massacred 51 Muslims. He was a textbook internet fascist, a product of disorienting, memey online sewers. But he was also radicalised in Australia.

And yet, aside from a limited crackdown on violent content online, there’s been little done by the government to confront what happened in Christchurch.

Meanwhile, the shooter — who Crikey has decided not to name — has inspired a host of copycats, from Texas to Germany. ASIO recently warned that the threat of right-wing extremism was increasing.

One of the few attempts out of Canberra to combat the rise of extremism has come in the form of an obscure Senate committee, which this month has been holding public hearings on how to save Australian democracy.

The Senate Standing Committee on Legal and Constitutional Affairs’ inquiry into nationhood, national identity and democracy is an ambitious word salad that aims to do a lot of things. 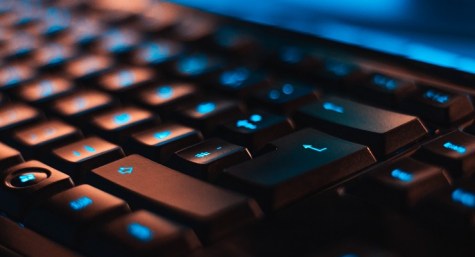 Greens Senator Nick McKim was right when he described the inquiry’s terms of reference as a “bizarre grab-bag of issues”.

That bizarre grab bag is likely a product of ideological confusion about the inquiry’s purpose.

The inquiry was the result of an unlikely alliance between Kim Carr, a veteran Labor Senator and grizzled factional warrior from the Victorian Left, and Amanda Stoker, an LNP rising star and conservative culture warrior.

The ABC’s Andrew Probyn said the pairing was a bit like “Vladimir Lenin deciding after his Bolshevik revolution that he and the Tsarists might have had few interests in common after all”.

Unsurprisingly, the two wanted very different things out of the inquiry. For Carr, who was spooked by Labor’s bruising election loss, it was an opportunity to address the rise of populist nationalism, and the fear, apathy and disinformation that drove voters away from Bill Shorten. Stoker saw it as a chance to continue to wage war against identity politics.

Can Stoker and Carr fix Australia? A final report is due in May, but so far, we seem to have learned little. A discussion paper released last September was criticised for citing “extreme movements of the eco-fundamentalism and post-modernist variety” as posing a similar threat to right-wing populism.

Meanwhile, the inquiry has received nearly 200 submissions. Interest groups, think tanks, and academics jostle for space alongside the usual motley crew of cranks and weirdos with enough time on their hands to write detailed submissions to parliamentary inquiries.

Many made important, lucid points about the future of Australian democracy. Some, like the Australian Lawyers Alliance, used the opportunity to push for a First Nations voice to parliament.

Multicultural organisations called for a renewed anti-racism campaign (the funding for the last one dried up in 2015).

The University of Western Australian wanted the abolition of section 44(i) of the constitution, which blocks dual citizens from entering parliament.

But others expressed just the kind of reactionary sentiments Carr was hoping to counteract.

A submission from the “British Australian Community” opines that “the rise in ethnic diversity has produced a decline in social cohesion”, and warns that foreign language street signs in multicultural suburbs like Auburn and Box Hill is part of an anti-white agenda.

The Australian Monarchist League bemoans the “suppression of Christian belief”, and calls for new migrants to pledge their allegiance to the Queen.

Another submission rails against the evils of globalisation, and posts a YouTube link to Donald Trump’s rambling address at the United Nations. We’re told migrants from countries with civil law jurisdictions struggle to understand our values.

When the inquiry was announced last year, then Greens leader Richard Di Natale sounded the alarm about the potential for it to platform racist, bigoted views. It seems those fears have been realised.

Still, if we want to understand the challenges facing social cohesion and national identity in Australia, there’s no better place to start than with anti-immigrant ramblings.

Such submissions are far more illuminating than the platitudes about the strength of Australian democracy made in public hearings earlier this week.

Toxic anti-immigrant sentiment is inextricably linked to the kind of right-wing populism Carr says he’s hoping to counteract. Perhaps the most important story in Australian politics in recent years has been the revival of One Nation.

It’s easy to forget that before its resurgence in 2016, the far-right, anti-immigrant party was languishing in the political wilderness.

There have been a lot of reasons offered for One Nation’s rise. A common theme, cited by Carr ahead of the inquiry, is the idea that voters, particularly in regional Australia, feel alienated by the politics of inner-city elites they see represented by the ALP.

But in his 2017 Quarterly Essay on Pauline Hanson, “The White Queen”, David Marr offers a far more straightforward thesis: One Nation is first and foremost, an anti-immigrant party. In the previous year’s Australian Election Study, over 80% of One Nation voters believed immigration was “extremely important” and should be cut.

“One Nation voters loathe immigrants … it is much too late to pretend that a party which displays such extreme hostility to immigration is not driven by race,” Marr wrote. 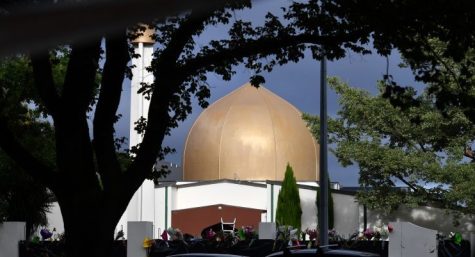 The rise of an explicitly anti-immigrant party hasn’t happened in isolation. Nearly half the respondents to a YouGov poll released weeks before the last election wanted less migration.

An Australian National University survey earlier that year found two-thirds of Australians wanted fewer people in the country — a significant increase from when the poll was last conducted in 2010.

Opponents of immigration often frame their arguments around concern about overpopulation in Australia’s cities. But this view can often obscure the racialised edge to such sentiment.

Last year’s YouGov poll, for example, also found the majority of Australians feel negatively about Islam. And more worryingly, anti-immigrant sentiment has slowly been allowed to fester and harden into something far more malignant.

The Christchurch attack was a horrific expression of what a culture of anti-immigrant hostility and normalised xenophobia can create. It should have given Australia’s political and media elites an opportunity to reflect. Instead it was business as usual.

Sunrise’s David Koch, for example, was praised for confronting Hanson over her anti-Muslim stance. But the show had spent years giving her airtime, and would continue to do so after the attack.

The week of the attack, Scott Morrison announced a new migration cap. One Nation’s primary vote went up in the NSW and federal elections.

A year later, as Carr and Stoker’s inquiry winds up, there’s still no greater challenge to social harmony, the future of multiculturalism, and many of the issues flagged in the terms of reference, than the normalisation of anti-immigrant sentiment. We’ve seen it resurface again, as hysteria around the coronavirus has led to an increase in hostility toward Chinese Australians.

Considering all this, it seems a bunch of Senate hearings, pages of dry submissions and a report very few people will ever read might be too little, too late.

And, despite its good intentions, a broad inquiry such as this risks obscuring the very real impact of anti-immigrant populism on the security of non-white Australians.

Xenophobia requires a laser-like focus, and shouldn’t be drowned in buzzwords about democracy and populism. The whole exercise seems like a tremendous waste of potential.

The last few years should have made it clear what Australia needs saving from. A Senate inquiry alone won’t be enough. 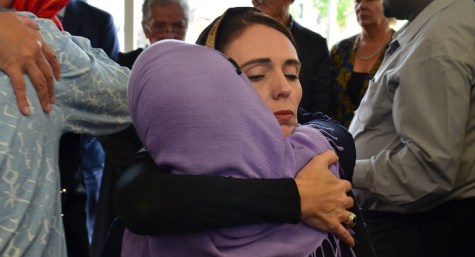 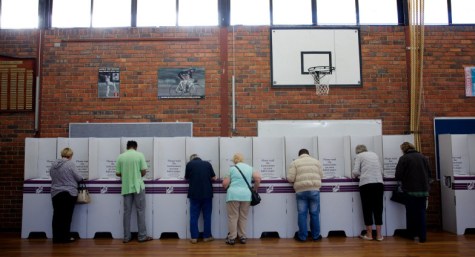 Could this whole issue get any worse? Yes, it could. The WARSL has engaged in blatant disgraceful conduct by banning traditional welcome to country and smoking ceremonies at its events commemorating ANZAC Day. Even the First Nations languages and flag are banned. You have a problem Australia. A deep seated, nasty problem that your worst terrorist atrocity in history is but the ‘tip of the iceberg’ of.

I couldn’t agree more. Systemic racism is becoming such an entrenched part of the prevailing hegemony, many people can’t even see it for what it is.

With the people in charge and their mates fanning the flames.

To link all those who would like a decrease in immigration numbers as racists is absurd. According to Jared Diamond in his book Collapse the sustainable population for Australia is about 8 million. Immigration numbers are pushed up by big business to increase their profits and governments so that they can crow about increases in GDP, among other reasons. Of course large cuts to immigration numbers will have some adverse economic effects but better do that now rather than wait until a depleted environment and a lack of water etc forces the issue . The economic effects of this would be magnified in the future .

Unfortunately some, like David Marr quoted here, seem to conflate “anti-immigrant” with “anti-(some particular level of) immigration”.
One is bigotry pure and simple, the other a legitimate political stance.

I agree, murgatroyd52…and I don’t care where immigrants come from…just that there be fewer of them. We are already running out of water in regional areas, let alone the chaos which is Sydney and Melbourne.
So…I am also insulted to be seen as ‘racist’ when all I care about are the environmental and societal issues made worse by too many people immigrating, too quickly.

Is immigration a topic for public discussion at all?

It almost doesn’t matter about rights and wrongs. When you ignore or shut down people who voice concerns about immigration you implicitly label them ignorant at best and racist at worst, and ignorant racists the the very worst. What do you think they are going to do at the next election? Tony Blair and EU remainers in the UK learned that to their cost, to everyone’s cost.