Crikey takes a look inside Woman's Day ahead of their latest explosive cover story about the Royal Family... sort of.

In attendance: the EDITOR, DEPUTY EDITOR, ROYAL EDITOR, HEAD WRITER and, as a treat, SAM, THE WORK EXPERIENCE KID.

EDITOR: We need a cover story for this week’s issue. What have we got

DEPUTY EDITOR: I reckon it’s time we did a royal story. We haven’t done one since… how long has it been?

EDITOR: Right, so we’re definitely due then. What’s happening with the royals?

ROYAL EDITOR: I heard a rumour that Harry and Meghan are breaking up

DEPUTY EDITOR: Where’d you hear that?

HEAD WRITER: Excellent, we have a story! So why are they breaking up

ROYAL EDITOR: Oh, you know, the usual. The Queen told them to or whatever.

EDITOR: I dunno, is that strong enough for a cover? 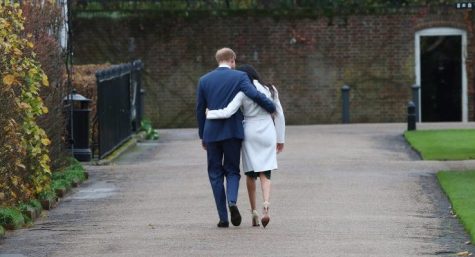 DEPUTY EDITOR: What if we said that Harry and Meghan are breaking up because Meghan has been having an affair with an Oscar-winning actor.

HEAD WRITER: We could say that Harry is having an affair too.

HEAD WRITER: No, with KATE Middleton.

DEPUTY EDITOR: And William is furious…

HEAD WRITER: No! William likes to watch, because he can’t satisfy Kate himself…

EDITOR: Yes! So the Queen ordered Harry to have sex with Kate…

ROYAL EDITOR: Driving Meghan into the arms of Michael Caine.

EDITOR: OK, this story is starting to take shape now. Make sure you back it up with plenty of sources.

ROYAL EDITOR: That’ll be no problem. I know how to spell “source”.

DEPUTY EDITOR: Is there any way we could go deeper into this, though? Maybe turn it into a serious investigative piece?

HEAD WRITER: Well, I have been hearing that the Queen suspects Meghan of stealing from her.

EDITOR: Wow. Where’d you hear that?

HEAD WRITER: Just now, when I said it. I heard myself say it.

EDITOR: Excellent. So Meghan’s been stealing from the Palace.

ROYAL EDITOR: That makes sense. Ties in with the story I’ve been working on about Prince Phillip’s drug empire.

DEPUTY EDITOR: And Meghan’s addiction is why Harry feels he has to divorce her.

HEAD WRITER: Which has upset Meghan so much she’s gone on a three-day bender and beaten up a male stripper.

EDITOR: To Michael Caine. No, to Prince Andrew!

SAM THE WORK EXPERIENCE KID: Maybe you could do a story on Andrew’s links to Jeffrey Epstein, that’s been in the news.

EVERYONE: Shut up, Sam.

EDITOR: Yep, this sounds pretty good. Harry dumps pregnant junkie Meghan to pursue love for Kate in menage a trois with brother William. Queen said to be furious according to a pal.

DEPUTY EDITOR: Which is why the Queen bought a gun.

HEAD WRITER: Which is how she accidentally gunned down Princess Eugenie thinking she was a burglar.

ROYAL EDITOR: You hate to see it.

This is the first part of an occasional series called Inside the News Conference. 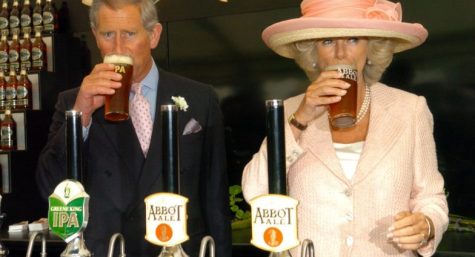 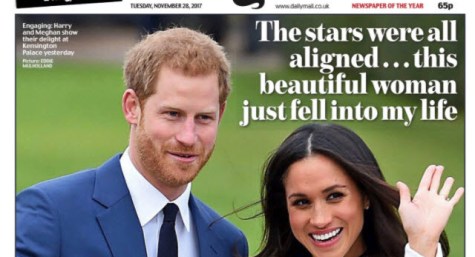 This meeting was held while playing Twister, right?

Sorry, it’s hard to satirise Woman’s Day. The reality is just too much already.

Wake me up when we get to that Woman’s Daze EXCLUSIVE about Cory St Bernardi cruising to The Palace to celebrate SSM, by having sex with the Royal Corgis … while Princess Anne stands by in jodhpurs and spurs, raising riding crop circle welts on his rump?
…. I’ll buy that issue.

When did Pobjie give up satire and start serious reporting? Isn’t there a smile anywhere in Crikey now?

Jeez I had no idea.
I’d better tweet this stuff right now.