It's going to take more than the US government's crackdown on Chinese state-run media for Australia to budge on the issue.

A bold declaration from the US government was made this week: five Chinese news agencies have been listed as “operatives” of the Chinese state.

It was a move that has been debated in Washington for years, taking the heavy hand of Donald Trump to enact.

One of these newly-designated outlets is China Daily, a newspaper distributed monthly in Nine’s Australian Financial Review, The Age and The Sydney Morning Herald.

What does this mean for Australia?

Declaring media outlets as state operatives means each will be treated as foreign government functionaries.

The five agencies targeted by the US —  Xinhua, CGTN, China Radio, The People’s Daily and China Daily — will have to provide names, personal details, building lease details and turnover of staff in the US to the government. 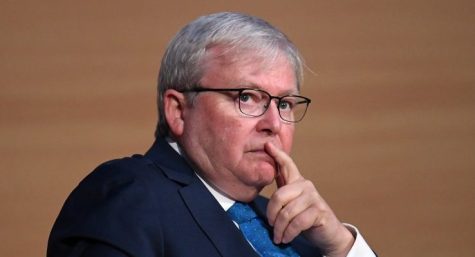 Hans Hendrischke, a professor of Chinese business and management at the University of Sydney, said he thought it was an odd decision and one Australia wasn’t likely to follow.

“It’s no secret the [Chinese] media are state-run and state-controlled. That’s the way the public media system has been operating in China since forever,” he told Crikey. “There’s a political debate in Australia around whether it’s appropriate.”

The US’ decision, Hendrischke says, was likely a political move.

“We could follow for similar political reasons … But it would mean Australia would put itself more on the side of the US. It would send a political message Australia is willing to take up whatever actions as the US in China.”

Unless the US exerts diplomatic pressure on Australia, or unless there are new events or findings, business is likely to continue as usual.

What does this mean for Nine?

The eight-page liftouts are slotted into papers monthly as part of a commercial printing agreement. They’re considered advertising content, though appear as articles.

“We haven’t seen any Australian events or anything happening that would give a reason to stop printing those pages,”  Hendrischke said.

The decision to distribute China Daily has been questioned by Media Watch, while editions have come under fire for omitting significant political events, with stories on a panda’s birthday over Trump’s support for the “One China” policy.

What does this mean for the expelled journalists?

The WSJ’s Philip Wen, an Australian national, has worked with Reuters; as a correspondent for then-Fairfax Media; and as politics reporter in Beijing for the WSJ.

On Wednesday, Wen and two American colleagues were told their press credentials had been revoked and they had five days to get out of China.

Officially, the Chinese foreign ministry said the move was punishment for an allegedly “racist” headline for an opinion piece published in the WSJ in early February, which called China “the real sick man of Asia”. The piece accused the Chinese government of trying to cover up the true scale of coronavirus, and called its response “less than impressive”.

As far as we know Wen hasn’t been detained in the fallout. Representatives of the Department of Foreign Affairs and Trade didn’t respond to a request for comment by time of publication.

Whether more Western journalists will be booted from China as a result of the crackdown is an open question.

If China makes diplomatic moves to persecute Australia for this public declaration of our sovereignty it only reinforces that it was the correct and appropriate action in the face of a foreign power attempting to affect our open society.