Beware the "net zero by 2050" target — it's vague enough that fossil fuel interests see it as an opportunity to expand.

The climate target of net zero greenhouse emissions by 2050 is suddenly fashionable.

The coal fetishists in the Nationals are outraged about it.

The enthusiasm of big business and politicians should prompt some scepticism about exactly what the target involves. And it’s not at all clear. That’s the beauty of it, and why groups previously inclined to denialism are now endorsing it post-bushfire.

The source of the target is the Intergovernmental Panel on Climate Change (IPCC), which in 2018 warned that to avoid global temperatures rising by more than 1.5 degrees, the world needs to cut emissions by 45% by 2030, and to reach net zero by 2050. But there are a lot of questions. 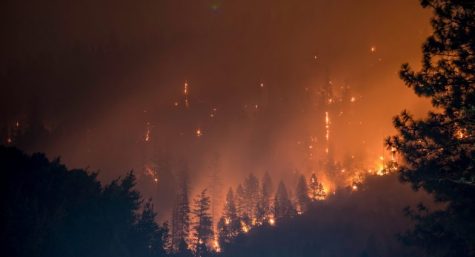 The target must include all greenhouse emissions, not just carbon emissions, so major, politically favoured but carbon-intensive sectors like agriculture and aviation have to be included. New Zealand adopted the 2050 target but exempted methane, a key agricultural emission that is far more damaging in greenhouse terms than CO2.

And combining emissions abatement and negative emissions technology targets into a single target risks too much reliance on the latter — remember how long we’ve been told that carbon capture and storage was coming to save us? And any carbon storage technology has a risk of failing and releasing it — think of how much stored carbon has been released by the bushfires over summer.

Because the target is net, and because it’s 30 years away, it also enables powerful stakeholders to use it to promote their own interests under the pretence of climate action.

That’s the approach of the Business Council (BCA), which has done more than any other major lobby group to sabotage real climate action over the last decade.

The BCA is being given a free ride by the media currently because it has coordinated business donations to bushfire-affected communities. Given the fossil fuel giants that feature in the BCA’s membership, this is a good example of an arsonist offering a cup of water to his victims.

But look more closely at the BCA’s version of net zero by 2050. Yesterday, CEO Jennifer Westacott, continuing her goodwill tour of the media, explained that net zero by 2050 would “require things like continuing our LNG [liquefied natural gas] exports, continuing to unleash our incredible gas reserves”.

LNG of course is a major source of greenhouse emissions — just not as bad as coal. It’s also far too expensive already to play a major role in electricity production. But Origin Energy, BP, Shell, Woodside and Chevron are members of the BCA, so Westacott’s version of net zero includes a massive role for a major fossil fuel.

In the same interview, Westacott was asked why the BCA had opposed Labor’s adoption of the IPCC target of 45% by 2030. Her response was to immediately question climate science. “You know there are debates about that,” she primly told Fran Kelly, who’d pointed out that target was also driven by the science. 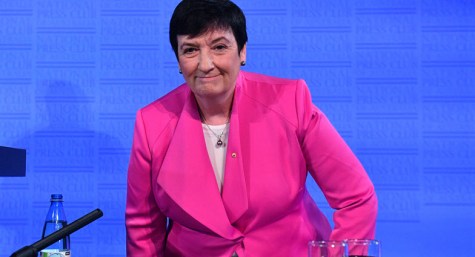 Others are using net zero to push nuclear power. Liberal backbencher Katie Allen secured some media profile by backing nuclear power, saying “many countries with a 2050 carbon-neutral target have nuclear somewhere in their energy mix”.

In Australia, backing nuclear power is a reliable indicator that you want massive government intervention in the power sector and you’re content to wait the 15 years and 300% budget blow-outs that it would take to get a nuclear reactor built — if we already had an existing, large-scale nuclear industry.

Whether gas, carbon capture or nuclear, net zero by 2050 is likely to prove as attractive to companies pushing their own commercial interests as it is to politicians who want to appear to be doing something on climate change.

Meanwhile, what’s the government itself actually doing? After its Santos handout and its Collinsville handout, the government is now set to give $11 million to the company operating the Vales Point coal-fired power station, which is owned by companies linked to former Nationals candidate and power baron Trevor St Baker. 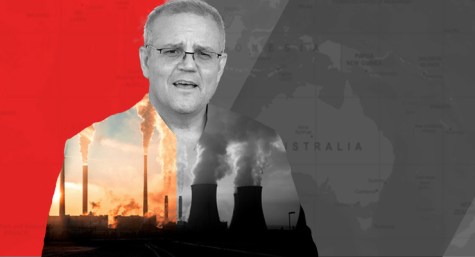 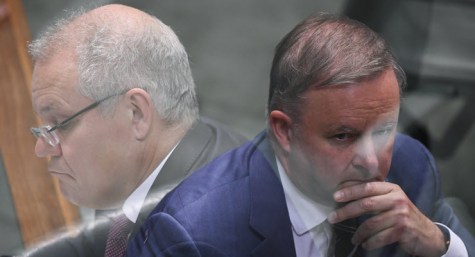 By 2050 the planet will be so deep in the shit that most of these idiots and their businesses and political parties will have drowned.
Perhaps even some of them lynched by the peasants who have been dragged down with them.

She is a slimy eel that Westacott….that QandA performance was as blatantly deceptive as everything else she and her minions always do.
Katie Allen was not much better last night, I think I know why she got out of health and into politics…

This net zero emissions by 2050 is just the newest diversion to excuse no progress on actual emissions. We will be saved by technologies which do not exist yet.

Is that a photo of Paul McWestacott??

Imagine how far advanced down this road we could have been – if the fossil fuel life-support system of the BCA and this government, had diversified into renewables, years ago?