Mike Kane of Boral is only the latest in a long line of business figures who like to lecture the rest of us while their shareholders endure huge losses.

Boral CEO Mike Kane’s departure has long been mooted in the financial press, as Australia’s biggest construction supply firm lost around $4 billion in market value over the last 18 months and its newly acquired US windows business was found to feature extensive creative accounting by its execs.

Normally there wouldn’t be much to relate here, except that US-born Kane is part of a special group of Australian business figures characterised by having mouths as big as the shareholder value they’ve trashed.

Kane is a darling of the far-right industrial relations crowd who think total deregulation is the way to go in Australian workplaces. He likes to boast of having crushed strikes.

In 2014, he complained that Australian wages were too high and grew too fast (!), criticised carbon pricing as an example of “anti-industry sentiment” (Boral, under Kane, didn’t regard climate change as a significant risk to its business), lamented how unions used road safety as a “pretext” to “manipulate the media” .

He enthusiastically attacked the “rogue officials” of the CFMEU, despite construction having the lowest wage growth in the private sector in recent years.

Naturally, he backed the re-establishment of the Building and Construction Commission. Sadly, Boral’s own effort to get CFMEU officials ended in humiliation.

Boral investors may be wondering whether the company might have fared better if Kane had spent less time lecturing the rest of us about the evils of carbon pricing and the CFMEU and more time doing due diligence on dud acquisitions. But plenty of other investors have been given cause to wonder the same thing in recent years.

There’s Richard Goyder, whose stint at Wesfarmers saw the trashing of $4 billion in shareholder value and dud overseas acquisitions as well. Goyder had a long involvement with the Business Council, which worked hard to stymie any effective climate action despite Goyder publicly talking about the need for climate action. 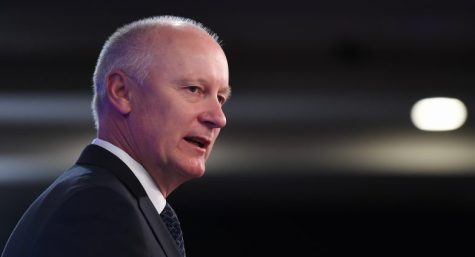 Qantas splashes in the shallow gene pool of Australian business

He joined the hysteria over the Fair Work industrial relations framework in 2009, but his real obsession was constant, incessant, relentless demands for company tax cuts. He claimed company tax cuts would increase workers’ wages, when he wasn’t arguing workers should just work harder for pay rises. For some reason, he failed to mention one of the real reasons for wage stagnation, right in his own company.

Again, investors might have questioned the doing your day job/mouthing off about current affairs ratio.

While we’re on the Business Council, there’s Grant King, who took over as chairman at the BCA in 2016 and led its efforts for company tax cuts.

But King was dogged by his rotten legacy at Origin Energy — originally part of Boral in the 1990s — of huge debt and a massive loss in shareholder value. His record was so bad, investors at BHP jacked up and demanded he leave that board.

Then who can forget the dynamic duo of Marius Kloppers of BHP and Tom Albanese of Rio Tinto, who led the charge against Labor’s mining tax in 2010?

Kloppers reckoned the mining tax was, literally, the biggest threat in the world to mining, while Albanese declared it would wreck the Australian mining industry (that was while independent mining experts rated Australia the best country in the world for miners even after the tax).

Kloppers left BHP in 2013 after BHP endured a string of disasters, dud acquisitions and writedowns. Albanese had quit only a few weeks before, after Rio Tinto unveiled an eye-watering $14 billion writedown driven by the takeover of Canadian aluminium company Alcan.

He’d later be charged with fraud in the US — a case that is still ongoing. Even other mining executives criticised Kloppers and Albanese.

We’ve had construction, retail, energy, mining — how about banking? That brings us to another imported Mike: Mike Smith of ANZ, one of banking’s biggest loudmouths.

Smith was happy to weigh in on executive remuneration, insisting Australian CEOs were actually pretty cheap. He compared then-shadow treasurer Joe Hockey to Hugo Chavez for daring to propose a banking inquiry and tighter bank regulation; and he threatened to increase interest rates if the government dared to lift capital reserve requirements.

All the while Smith, who left in 2015, was pursuing an Asian expansion strategy that turned out to be a failure.

Or there’s business doyen and National Commission of Audit chair Tony Shepherd: someone who was always good for a quote on the need for industrial relations reform, budget austerity and the scourge of left-wing policies. His history of heavy debt and dud acquisitions at what was then called Transfield never quite seems to get mentioned.

Maybe a few more quiet achievers in c-suite offices across Australia might improve the tattered image of big business? 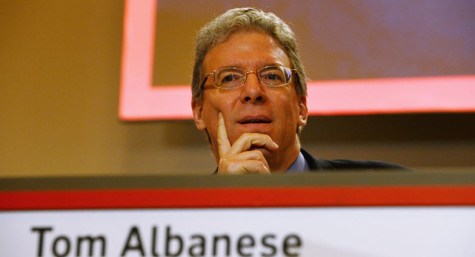 Labor exposed and under fire on mining tax