Politics can be a real kick in the face.

If fame is a mask that eats into the face, politics dispenses with the mask and just lets the elements have at you.

That’s not to say looks are important when picking a politician. But Crikey thought it might be instructive to compare and contrast how our leaders’ looks have fared in the job.

Sure, he wasn’t exactly a picture of youth when he took over (the man looked like he was nearing retirement in his 20s), but his 18 months in charge have visibly aged him. His hair is retreating in all directions from the top of his head, and what remains is increasingly paper white rather than stormy grey.

It comes with the territory, historian and journalist Mungo MacCallum told Crikey.

“Time is relative: they say a week is a long time in politics, so 78 weeks is an eternity,” he said. “Quite enough for the hair to turn grey,  the teeth to fall out and dementia to set in.”

Of course, not all prime minsters age in the same way.

“The office of prime minister has been taking its toll for years, but some do seem to cope better physically and mentally than others,” Frank Bongiorno, professor of history at the Australian National University told Crikey.

“Malcolm Fraser looked dramatically older after his seven years in office and required significant back surgery near the end,” he said. “It was hard to believe that he was actually younger than Hawke at the time they contested the 1983 election.”

Further back, the strain of office during global crisis saw Joe Lyons and John Curtin die in office.

“Others seem to have been less physically and mentally debilitated by office,” Bongiorno said. “Billy Hughes was a dynamo, while Stanley Melbourne Bruce had a nonchalance and fatalism that probably relieved the personal strain.”

So how does Morrison look compared to recent PMs at similar times?

Turnbull wore every millisecond of the prime ministership on his face. Here he is at his first question time as PM…

Look, say what you want about the guy — Abbott takes care of himself. Maybe it’s the rigorous exercise, the outdoorsy lifestyle, but the merest dash of grey at the temples is really all he had to show for his first year-and-a-half in charge (if you don’t count those eyes, which are now clogged with defeat).

If only he was as successful at halting social progress as he was the ageing process.

As you might expect of the first woman to hold the office, Gillard’s appearance was scrutinised in detail like no one on this list (Abbott’s photo-op-ready beach bod notwithstanding). As a result, she fares well in comparison.

The effects on Rudd during his time in office were more subtle, since he always looked a bit like a baby who’s about to start high school — yet somehow is also elderly.

Still, the 18-month difference in the below pics really shows that either Parliament House has really harsh lighting, or premiership of the country really attacks the hair.

“I’m not sure of the physical strain on Rudd,” Bongiorno said. “But the mental strain is a theme of much of the commentary on his prime ministership.”

“Think [Robert] Menzies and [William] McMahon, for instance,” he said. “And conversely there are those who never grow up — you could argue that Keating only started maturing after he left the job.”

“Perhaps the best solution is Andrew Peacock’s — reach for the hair dye, keep the left profile sharp and pretend it isn’t happening. And of course in his case it didn’t: he never became either an adult or prime minister.” 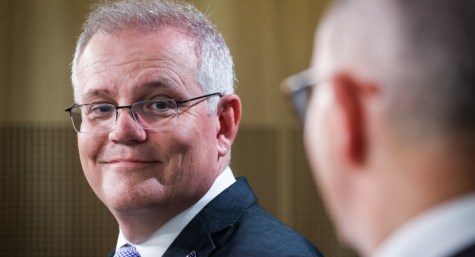 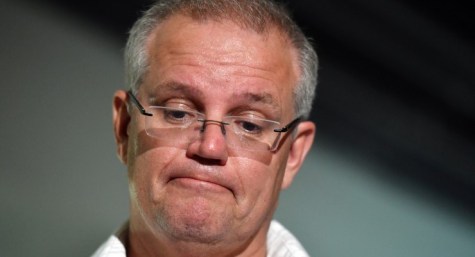 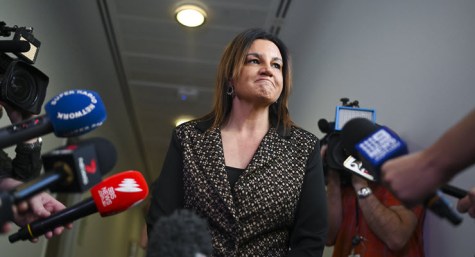 Guilt can cause more than your integrity to droop.

I love this – everyone is deliberately made to look worse – except Julia Gillard who looks gorgeous in the second photo. hahahahaha

Are you forgetting Abbott or are you just being a partisan sexist?

You being very kind to Abbott. His hair was a different colour almost week to week. And that had more to do with chemicals than the pressure of being PM.
And I remember one press club speech where somebody went mad with the pancake makeup.

Scummo’s conscience, Turbull’s traitors. Abbot didn’t care about anyone else so no stress.