‘Deciding to be black’: how Bruce Pascoe understands his own family history

'I reckon Bolt and I would have a terrific yarn.'

Eight years ago, author Bruce Pascoe wrote about his Aboriginality — and how it felt being attacked by Andrew Bolt for “deciding to be black”. With Pascoe’s identity again being debated, the piece has resurfaced. Here is an edited extract.

I am one of Andrew Bolt’s disappointments. I didn’t know I had offended him until a friend sent me a copy of the column in which I was pilloried by Bolt for deciding to be black.

People expect me to be outraged but my inclination is to wish I could have a yarn with Bolt over a beer. Except he doesn’t drink beer, I’m told, just good red wine. Sad, the impasse we have just because histamines play havoc with my arthritis.

I can see Bolt’s point, and the frustration of many Australians when pale people identify with an Aboriginal heritage. The people he attacked for this crime, however, had an unfortunate thing in common: their credentials were impeccable.

Any good reporter could pick up the phone and talk to their mothers about their Aboriginality until the chooks go to roost.

If I had been part of the group who took Bolt to court for impugning their heritage, he would have had a field day. My mother’s dead, and even if she had been alive she knew precious little about her heritage.

He would have found that my cousin had discovered the woman we thought was our Aboriginal ancestor was, in fact, born in England.

Having got that far, I hope he would have delved deeper and found that both my mother’s and father’s families had an Aboriginal connection. I was amazed to find that the families knew each other in Tasmania years before my father met my mother at a Melbourne Baptist church.

But was it an accident? The two families lived close to each other in Melbourne, in the same street in Tassie, and had Aboriginal neighbours in both places. Aborigines signed as witnesses to their weddings, and various members of the families went back and forth across Bass Strait to marry back into the other family, including some first cousins.

I’m sure Bolt would find it fascinating. It mirrors the turbulence of postcolonial Australia and explains why so many Australian families have a black connection. Why should I deny them, I would plead; they fascinate me, the very nature of their survival is heroism in a cardigan.

My great-grandfather died two streets from where I lived and I never heard anyone in my family mention his name. His mother had a traditional Aboriginal name. Aren’t you intrigued by that, Andrew?

I’m not saying people whispered ancient secrets in my ear or passed on sacred knowledge; what I was told amounts to a bald analysis of Australian history and society, and the injunction to watch and listen to the land, to respect the fact that we do not command the earth.

I’d like to explain to Bolt that my mother told me the same thing and I’m not sure if that is Aboriginal thought or just her general modest decency.

My insight into Aboriginal Australia is as abbreviated as my heritage has allowed. It is as if I have been led at night to a hill overlooking country I have never seen.

I am blindfolded but at dawn the cloth is removed and I am asked to open my eyes for one second, any longer and I will be killed, and then asked to describe that country.

An impression is what you would get in that second. Detail? Very little. You would be left with a feeling of the country’s nature and for the rest of your life you would be searching the span of a second’s memory.

An impression – a shallow base from which to lecture others, a humble heritage. Humility was always valued in our family, beyond wealth or influence, and you don’t shake those legacies easily.

I had to learn my Aboriginal history and I had to learn Aboriginal etiquette by making mistakes. It has not been a painless journey filled with the excitement of acceptance and inculcation into the mysteries of a secret society.

I reckon Bolt and I would have a terrific yarn. He came from Holland as a child and learned to be an outsider, too. I reckon I’d be fascinated by his childhood, how he coped as an alien.

But I’d be impatient to tell him how I was perplexed by my father’s mild acceptance of my discoveries. I’m sure Bolt would want the same question answered that I do: why had no one but a rogue uncle spoken of this before?

Obviously someone, or several people, had been covering tracks, but my father’s affirming nod to me after I’d spoken about our Aboriginality on ABC Radio hit me for six.

I’d left him listening to the radio in my Volkswagen as Terry Lane and I did the live-to-air. Terry had a way of getting guests to confide.

This is an edited extract from a piece originally published in Griffith Review #36: What is Australia For? in May 2012. The essay was republished in Salt: Selected Stories and Essays by Bruce Pascoe (Black Inc, 2019, p73) 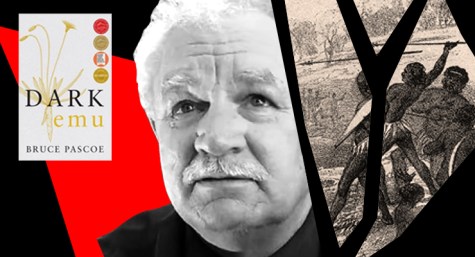 I recommend reading Russel Marks in the latest issue of The Monthly to help flesh this matter out a bit further.

As in my homeland the first attack on those saying unpalatable things about European and Indigenous engagement is to challenge their whakapapa – their linage. Often that entailed white NZers challenging not dark enough NZers. It’s died down a lot now though because, over time, we’ve all learnt that such things are to be sorted out between a person and their Iwi (tribe) or Hapu (subtribe). The same should apply here, but unfortunately, Australia is still languishing in the days of yesteryear where it’s thought appropriate to engage in such banter as Bolt et al. do.

According to Wikipedia Bolt was born in Adelaide, not the Netherlands but that’s OK, I’ve heard that he would be a good sport about a bit of journalistic licence between friends.

Rundles point is on target whether he was born here or not.
As Wikipedia says born in Adelaide to recently arrived Dutch migrants.

This is really irresponsible by Crikey. This article is eight years old.

Since the time, Pascoe has admitted that the claims he makes here about his great-grandmother(s) are wrong. They were born in England. In Novemeber last year, he deleted his claim to Tasmanian ancestry from his bio for The Griffith Review.

He’s claimed links to multiple tribes from multiple states over the years, all disputed, yet all available documentation traces his heritage to England.

I disagree with Bolt on almost everything … but not this one.

This is pure rubbish and it reflects badly on you that you publish it. Being Aboriginal is not a literary turn of phrase, a speculation about ancestors or a conceit – it is a lived experience. You diminish Aboriginal people by even entertaining this snake oil salesman. And yes I disagree with Bolt on many things, he doe snot even come into my ambit most days – but we have to be open to the fact that he can be right about some things and this is one of them.