Australian tourism can bounce back from the bushfire disaster

The tourism industry will suffer because of the bushfire crisis. But it can recover. And it's never been more clear we need to foster it.

With bushfires still raging, there has never been a more crucial time to acknowledge the importance of our natural environment to the Australian economy.

Tourism has been an enormous growth area for Australia in an era where a lot of our other industries have been standing still. Visitor numbers have doubled in the last decade alone as China’s growth rubs off on us. We will soon be regularly seeing 1 million visitors per month.

But the devastation wrought by the infernos has raised fears our tourism industry could disappear in a blink.

What is tourism, you might ask, other than the attraction of the impression of a country? And what impression does Australia create when the images circulating the globe are of towering blazes and koala carcasses?

Have the fires permanently destroyed Australia’s international reputation as a tourism destination? And is an economy that depends so heavily on tourism an unstable and unhealthy one? 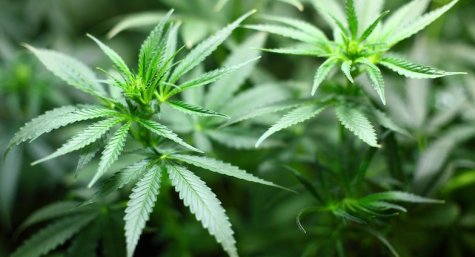 After the fires, some new challenges: dead fish, the ice spike and fewer tourists

It’s instructive to look to other countries: let’s take Japan after its nuclear meltdown, and Greece after its financial/political crisis.

As data from the Japan National Tourism Organisation shows, even a huge tsunami and nuclear meltdown couldn’t keep tourists away. After 2011’s enormous disaster that killed 18,500 people and made 371 square kilometres around Fukushima uninhabitable, it took only a couple of years for tourist numbers to resume their former growth trajectory.

The story from Greece is similar.

For a few grim years, the world’s attention was focused on the country’s corruption, instability and malaise caused by a debt crisis. But then Greece bounced back beautifully.

It seems that crises (physical or political) are not always lasting impediments to people’s desire to visit.

The value of the invisible

There is a great deal of muddy thinking about the service industries; partly because they are full of ephemeral perceptions, invisible outputs, and small-scale infrastructure. These factors, people conclude, might somehow make weak foundations for a national economy.

I utterly disagree. The worst problems come out in discussion of manufacturing and agriculture — many supposedly serious people have strongly felt ideas about how those jobs are “real” in a way waiting on tables or being a tour guide is not.

They are making a simple mental elision: interpreting the concrete nature of the output with the durability of the industry itself. Manufacturing looks so solid, with its grand factories and its truckloads of outputs. But as we discovered in the case of car manufacturing, and clothing before it, these can disappear in an instant.

In fact, the cruel economics of global supply chains say if making something in Australia costs a few per cent more than making it overseas, the whole industry in Australia can get wrapped up. What looks solid is in fact ephemeral.

People say disparaging things about the service sector. They refer to becoming “a nation of burger flippers” or “an economy where we all hold doors open for each other”. In fact, economies like Singapore with huge service industries are some of the strongest in the world, and the economists who lionise concrete industries are like generals fighting the last war.

Of course, services industries are not without risks. Tourism faces an enormous challenge to find a way to go zero net carbon. Australia — a country with no land borders — cannot depend on substituting high-speed rail for aviation to prop up its tourist sector. And, as we’ve seen in recent days, a viral pandemic can affect human flows, too.

But the history of tourism is deep. People have been travelling for pleasure for as long as people have had some income to spare. We should feel no shame about being a nation that has an enormous service sector, and we should insist on supporting the tourist industry at least as much as mining or manufacturing.

Australia’s natural environment — from the Great Barrier Reef to the forests of Tasmania — is unique and beautiful, and people the world over will want to visit it for as long as we can preserve it. 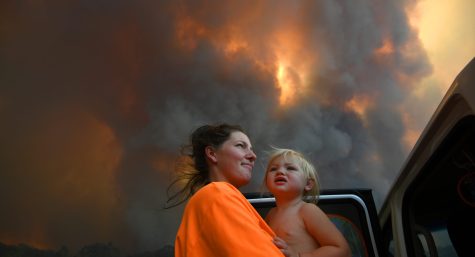 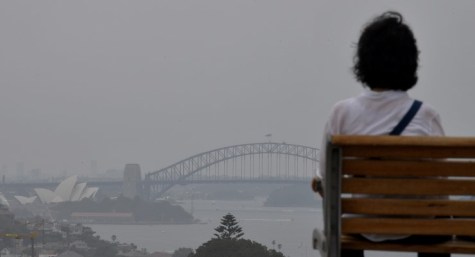 Perhaps you might like to read that last para back to yourself aloud Jason.
The Reef is rapidly dying of heatstroke and the Tas Govt is currently arresting anyone trying to stop the logging of the forests.
Irony overload. 🙁

I don’t know that the government has demonstrated it’s love for tourism. The Great Barrier Reef alone does (or did) support 50,000 odd jobs (mostly tourism but some of commercial fishing).

Instead the government throws it’s weight behind FF mining sites like Carmichael (with less than 100 ongoing jobs) and fracking sites over large stretches of countryside. These projects return little actual tax & royalties, are likely to become stranded assets in the medium term, and actively make climate conditions worse, leading to severe ongoing damage to the GBR & other places.

So it’s a choice really, getting behind more FF mining or tourism & agriculture.

Jason I’m afraid you totally missed the elephant in the room. Australia is the driest inhabited continent and was always thus going to display in full grandeur the massive response of nature to our first in 400,000 year excursion of atmospheric CO2 not just to a new record, but 40% above it. Europe is already dramatically reducing air travel and for vast majority of our planet’s population Australia has the largest carbon footprint for tourism. Our governments screaming tourism and Brisbane Olympic Games at this point in human history is like lemmings walking off the cliff. I’ll forecast now that Brisbane second runway and Western Sydney Airport become white elephants.

Western Sydney may be quiet for a while but it may soon be Sydney’s only airport. As the ice melts and the ocean warms and expands the present Sydney airport won’t be above the waves for long, especially during storms.

If the local tourist industry had any sense, it would see the opportunity in the looming crisis and be re-jigging itself to focus on servicing local holiday makers instead of trying to fly them in from overseas. The same environmental concerns that will lead to a decrease in overseas visitors will also see more Australians holidaying at home.

Maybe it should also stop lobbying for reduced wages and start lobbying to end wages theft for locals who work in the hospitality industry. The more money they have, the more likely they are to spend it on holidays for themselves. A virtuous cycle, if you like.

The article wants us to believe that “a huge tsunami and nuclear meltdown… killed 18,500 people”. Those casualties and damage were done by the tsunami alone. Relics from the tsunami damage must have become a significant tourist attraction by now, not a turnoff.

Not a single person was killed by radiation at the time of the contamination, so there would be no threat now that it has died down. If there really is an area equivalent to a 12 km radius barred to tourists, it would be a legality, not a medical requirement.