A spat at the Australian Cartoonists Association shows what's really off limits these days: cartoons that are mean about cartoonists.

There is no-one in Australia — this side of a Coalition backbencher — more prone to culture warring than editorial cartoonists.

The international embarrassment of Mark Knight’s depiction of Serena Williams. The forever war around the late Bill Leak; the utter bilge pumped out by his son Johannes. Looking at these images, you’d be forgiven for thinking nothing was off limits.

But a recent spat at the Australian Cartoonists Association (ACA) tells us where that line is: cartoons that are mean about cartoonists.

Back in February 2019, ACA deputy president David Blumenstein took aim at a Warren Brown cartoon in The Daily Telegraph. Published as Kerryn Phelps’ medivac bill was being debated, it depicted a swarthy man with razor-sharp teeth and stereotypical “Afghan” attire chasing a terrified white nurse in circles around Phelps, who asks “do you mind not doing that until I get the bill through?”

In response, Blumenstein sketched a rough (in every sense of the word) but articulate response:

A month later, after the horror of Christchurch, Blumenstein reposted the image, noting it “seeks to vilify a minority (cartoonists writing for the Murdoch newspapers)”. There followed a little thread about the connections between those who “incite hatred against minorities” and the atrocities that follow.

It concluded: “I’m not suggesting individual writers, politicians or cartoonists should be held responsible for what murderers do. You’d just like them to see the link”.

All of which was apparently too much for New Zealand Herald cartoonist Rod Emmerson, who lodged a complaint at the ACA’s December AGM. He said that the cartoon’s implication — that “New Ltd cartoonists are pandering to systemic racism and bigotry through their employer” — was “completely untrue and clearly defamatory”.

In his response, Blumenstein said the complaint selectively quoted him to allow a broader interpretation than was intended and these omissions “remove all humour and nuance from my statement”.

He concludes by standing behind his sketch, before conceding “Emmerson is correct when he says that officebearers should exercise discretion when making statements regarding members, so I have deleted the tweets in question and I apologise to any member who sees my cartoon or statements as harmful to the ACA”.

Emmerson’s complaint did, however, contain one considerable irony. When talking about the Press Council processes that followed cartoons by Brown, Knight and Leak, he said what got lost in the controversy was the “human toll taken on the individual and their families to live with death threats and to be publicly vilified for [being] something you clearly are not … the stress eventually claimed the life of Bill Leak”.

All of which sounds an awful lot like he believes words and ideas can have catastrophic real-world consequences, and we ought to be very careful when putting them in public? 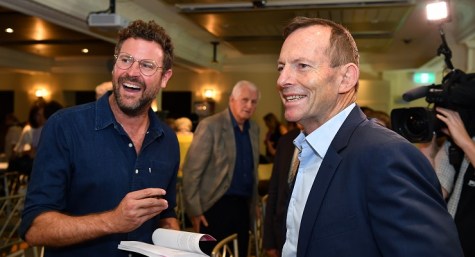 So there’s a cartoonists union. Well you learn something every day. And goodness, sometimes they draw stuff that’s controversial and can even turn on each other.

It’s no wonder they’re all a bit sensitive given the sort of sensalitionalising rehashed at the start of this piece. People aren’t perfect and have their failings and foibles. These are our cartoonists’ stock in trade. Serena is a bully and a cheat. Some aboriginals aren’t good parents. If thine eye doth offend thee, pluck it out.