The community sports infrastructure program was always designed to be rorted. And that kind of rorting has now become the officially endorsed standard of the Morrison government.

Scott Morrison will be desperately hoping the media’s traditional obsession with political personalities over systems and structures will apply to the sports rorts scandal — and that the sacking of Bridget McKenzie will bring an end to it before parliament begins this week.

Given how systematic the rort was, that shouldn’t be the case — and the outrageous “review” by Prime Minister and Cabinet secretary Phil Gaetjens that allegedly cleared McKenzie of everything but a trivial technical breach over a gun club membership should serve to focus on how deeply corrupt this government is.

McKenzie was only ever rorter inter pares, the minister who signed off — without legal authority — on the rorts, but it would have been anyone occupying that role in the lead-up to the election. 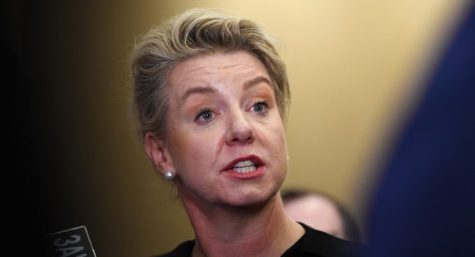 The whole community sports infrastructure grants program was designed to be a rort from the outset — that’s why an existing sports infrastructure program doing the same thing was ignored. That’s why it was given to the Sports Commission, a body outside the grant guidelines that apply to the public service. That’s why the Sports Commission’s legislation was ignored so that McKenzie could rort the program. That’s why McKenzie’s office devoted itself to allocating the bulk of the grants to less-deserving marginal seat projects. And that’s why the Auditor-General had to use his powers of compulsion under section 32 of the Auditor-General’s Act 1997 to force McKenzie’s staff to hand over documents and answer questions about how they rorted the program.

There’s also hard evidence that Scott Morrison’s office was up to its collective neck in the rorting despite the Prime Minister’s denials. Given the objective of the rorting, the suggestion that Morrison’s office had no idea about which seats the rort was targeting in the looming election campaign is an affront to anyone with a basic understanding of political campaigning.

But according to Phil Gaetjens, long-time Liberal staffer elevated to head of Prime Minister and Cabinet, none of that is in any way problematic. The only issue is McKenzie’s gun club membership, a “gift” so trivial it would normally not be worth registering as pecuniary interest.

Or, at least, that’s what Scott Morrison says is the gist of Gaetjens’ report.

We don’t have the report, just Morrison’s version of it. The Prime Minister could be verballing his secretary and we’d have no idea. Allegedly, Gaetjens concluded:

While there may be differing views about the fairness of the process, the minister used the discretion she was afforded, accordingly, the secretary concludes, I do not believe there is a basis for you to find that the minister had breached standards in that respect. He goes on to note, that he did not find evidence that this process was unduly influenced by reference to marginal or targeted electorates.

If, as Morrison claims, Gaetjens really wrote this, then his credibility is every bit as shot as that of the ousted rorter.

Remember the principles that underpin the ministerial standards:

Based on any meaningful interpretation of those words, McKenzie breached them over and over and over again — hundreds of times — as the best part of $100 million was shovelled out to dud projects located in targeted seats at the expense of far more deserving projects. 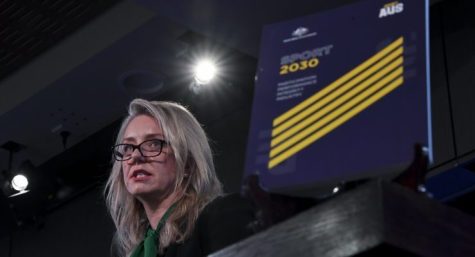 If what Morrison says is true, it shouldn’t have taken Gaetjens more than five minutes to reach that conclusion. Instead he took days to do otherwise, presumably while his staff combed through the minutiae of gun club membership forms. The Auditor-General got it spectacularly wrong, according to Gaetjens.

So who are you going to believe? The statutory independent auditor charged with overseeing the administration of public funds, or a veteran Liberal apparatchik?

These are now the officially endorsed standards of the Morrison government: you can blatantly rort a program, defying the legislation of the body involved, bullying it into breaching its own program guidelines and evading your own standards for the administration of grants, and there is no basis to find that a minister will have breached standards. The head of the public service says so.

McKenzie has gone. The stench of partisan self-interest, corrupt maladministration and contempt for taxpayers remains as strong as ever. And it emanates from the very top of this government. 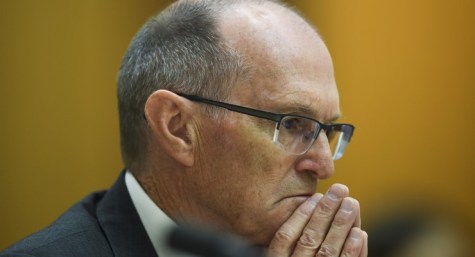 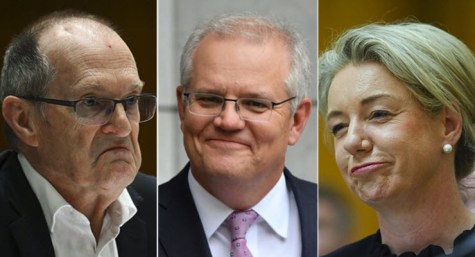 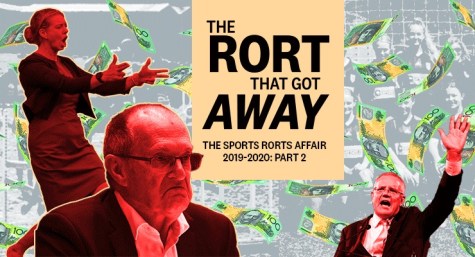 “So who are you going to believe? The statutory independent auditor charged with overseeing the administration of public funds, or a veteran Liberal apparatchik?”

It’s quite clear the next move is to put a stop to this independent auditing. How dare anyone question or embarrass our beloved ministers? McCormack on RN this morning was very clear that ministers must have a free hand to use all government spending as their party’s slush funds. It’s the Coalitions duty because this is what the public demands. McKenzie is a martyr and the ANAO better look out.

This article should feature under your suite of articles on political advertising. Indeed, this targeted spend of $100 million, mostly to Coalition or battleground seats, puts the Coalition well ahead of Clive by some good margin.

Well as soon as the senate inquiry starts, there will be overseas postings and anything needed to prevent the truth from outing.
The Auditor General’s report is pretty specific and the color coded projects according to electoral seat is also damning.

The problem that we have is that Scottie from marketing doesn’t understand that our money is supposed to be spent fairly, not on projects to get his candidates across the line.

The problem that he has, is that color coded projects list coupled with the Sports Australia’s assessment means that “Fair” did not come into the calculation and most people who are involved in sport don’t like to be considered to have cheated or have been cheated.

Anyone with a brain can tell that it wasn’t Bridget from the gun club who set the Slush Fund up, it was done when Smirko was treasurer and the funding was either proposed or passed by him as the Prime Minimal.
The total budget was $176,000,000.
I can’t see Smirko delegating the spending of the money either, so yes he has rolled in something rotten and is now inside. There will be desperate attempts to cover the smell but I am sure a good spray of Freebreeze or Glen 20 will not do it.
And so, eventually he will need to be thrown out and given a good hosing. That sort of roll in something so corrupt is lifelong.

Ah yes, but a good spray of Free-bees, in the direction of some strategically selected losing bids, just might.

The Gaetjens report — as summarised by Morrison — recalls the old story of Nelson putting the telescope to his blind eye and declaring “I see no ships”!

It is a classic response for those in authority, often enough the bureaucracy itself, to set up very formal enquiries whose terms of reference are crafted to avoid examination of the kernel of the very issue they are ostensibly inquiring into. Very much an exercise in ‘let us look over there’; Its like the plover trailing wing ploy to draw attention away from its nest.
But Gaetjens was a very sick plover over prone to truly stumbling and only those who want to be fooled will accept his ploy. Sad to see such senior office engaged in such farce; I cannot remember any head of PM and C ever sinking to such depths.

Morrison is what he is–part of which is being stunningly un-selfaware–and that, and therefore the manner in which his government prosecutes its national obligations (or doesn’t) will never change. This podcast serves to reveal, or at least strongly suggest, who we have in Morrison and why. Tanya Levin is a former Pentecostal who argues that the church informs every aspect of Morrison’s politics. It reminds us of the reasons we should be more diligent in maintaining (or now, recovering) the separation of church and state. This accursed God-bothering in government must be abolished.