If we don't do it right, we risk walking into ruin.

Decarbonising the Australian economy is vital and will cost money. The longer we put it off, the quicker we need to do it to get to net zero emissions by 2050.

Australia will need new power plants, some new transmission lines, new battery storage, new appliances and many other changes. It will be a much softer hit to the economy if we spend that money over several decades rather than just one. This is why getting cracking on decarbonisation is vital — to spread the cost out over time.

Governments and companies can act as a buffer for the costs for a time by paying upfront and holding debt, but this can’t last forever. We will pay back government debt with taxes and pay back company debt via higher prices, lower wages, and lower returns on investments.

If the costs of change are too high in any one period, Australians will start to notice. Consumers could face higher taxes, higher prices and potentially even lower pay. Such a confluence would put living standards at risk, raise the spectre of populist politics and put at risk the viability of the whole vital project.

To combat these risks, we should direct powerful economic forces to prop up living standards during the decarbonisation process.

The power of being productive

Productivity isn’t everything, but in the long run, it’s almost everything.

An economy grows based on three things: more people, more capital (i.e. buildings, vehicles, computers, machines) and better ways of combining people and capital. The first two are easy but costly. The third is the holy grail. Any time a business comes up with a new, more efficient approach of using its staff and its capital, we call that a productivity gain.

If a business changes a process that turns a two-hour admin job into a two-minute admin job, that’s a productivity enhancement. Productivity gains allow the business to make more with less — expanding the potential output of the whole economy. 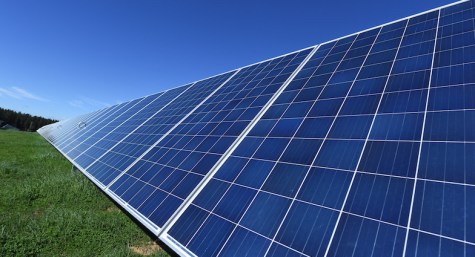 They explain why, in some areas like electronics, clothing, furniture and cars, prices are lower now than they were 30 years ago. Businesses use scientific advances to create better products more cheaply. Making consumer items better and cheaper is a major way productivity growth creates higher living standards.

They also explain why economists love growth — you can, in theory, get perpetual growth in output while using the same amount of inputs. But as some Australian industries decarbonise, they will face a step down in productivity — producing the same amount at higher cost.

One part of the solution is to emphasise that our living standards are directly enhanced by reducing emissions. Remind people that bushfires hit living standards hard, even though they damage GDP lightly.

But that may not be enough to convince everyone. Keeping the economy ticking is also vital. So if one sector gets less productive, we need to make sure other industries can be more productive to compensate.

Unleashing productivity gains to compensate for the costs of decarbonisation is a terrific idea, but a difficult one. Governments have been trying to raise productivity for years, and it is hard. Australia’s multi-factor productivity growth was negative for much of the 2000s. GDP per hour worked was at least growing then. Now it is flat, with the latest data for 2019 actually lower than the final data point from 2016.

Note of course that we don’t get the productivity benefit when these things are invented. We need to actually adopt them. This is why there is low-hanging fruit. Many businesses are so far behind the productivity frontier in Australia that adopting simple things like accounting software could yield big productivity bonuses.

The second source of productivity gains is from rule changes. This is not a continual grind, it’s more of a once-off jump. But it is true we can occasionally help businesses be more productive by cutting taxes, deregulating, and introducing competition.

Keeping the living standards of Australians from a sharp fall during the decarbonisation project is going to require us to attempt to milk extra productivity from both these sources. Every drop counts.

Because if people find themselves facing higher grocery bills and rising unemployment, they might soon vote for whomever promises to unleash cheaper fuel, and the decarbonisation project could face another damaging hiatus.

I am reminded of Jevon’s paradox. Whenever we find a way of being more efficient, and therefore more productive, we simply increase the consumption of the thing being produced. Solar panels decreased the amount electricity consumed in a household. What did people do with their savings? Install a bigger air conditioner and run it harder.

An economy grows by using more energy. If less energy is used the economy shrinks.

old greybearded one
Reply to  Royden

Not necessarily. You can improve th results of the energy use.

Unfortunately, this is economic doublespeak worthy of Scummo. The two hour task that becomes two minutes creates unemployment and the thing is still based on the absurdity of infinite growth, which is destroying our planet!!

Exactly.
A selected account of the levers that influence how an economy works.
Quoting ‘Paul from Self-Marketing’ Klugman is telling.
A disappointing piece.

Paul Krugman, Professor of Economics at the Graduate Center of the City University of New York. Nobel Prize winner. And you?

Jason Murphy, enjoyed you piece on “Want to decarbonise faster? We need to become more productive”

I’m afraid the elephant in the room wasn’t addressed ie before Australia can get productivity Aust has to be manufacturing the products or the productivity gains go overseas.

I would suggest this is why there’s so much blow back from solar & wind installations (& the loss of jobs) in Australia, Australian workers aren’t getting any financial gain from decarbonisation but are paying the price

One bright area is the use of biofuels to decarbonise & the new jobs being generated which could replace rural coal jobs.

A disappointing piece reading like something from an economics department retainer.

“We will pay back government debt with taxes and pay back company debt via higher prices, lower wages, and lower returns on investments.” This pessimism and singular view is the heart of it. This government debt if done well will grow the economy and the proportion of tax required for repayment will be less. And we get the benefit of whatever it is. Similarly companies don’t invest so we can have higher prices and lower wages and returns. Those that do go broke or get taken over.

Articles like this are Clayton’s Denialism, the denial you have when you’re pretending not to be in denial. Decarbonising will be difficult and is a big job. It will also lead to a much better world allowing us to then focus on removing all the excess CO2 because that will be the essential next step. A world without all the by products of burning stuff and the mess of digging it up. What’s not to like ?

Government budget deficits, not the so-called Government debt, are the means (if used properly) to drive productivity. At present we have huge unused productive capacity in Australia because of high levels of un- and under-employment, not to mention many “bullshit jobs” and the parasitism of the FIRE industries on the real economy. Unemployment is a deliberate policy of the neoliberal agenda, supposedly to control inflation. The real question in any program to decarbonise the economy is to ask if we have the resources to do so. The supply of money is not the problem.

“We will pay back government debt with taxes”

Is the first and most basic error. It’s a fiat currency government, they can just print money, or more likely these days just add a few zeroes to creditors accounts to pay off debt, but they don’t need to. Gov’t debt is a Murphy, it isn’t a household and doesn’t need to balance its books.

Secondly, the productivity crisis may or may not exist. The proxies they add up to declare productivity measures have very little to do with anything. There are fake sums.

Have just finished re-reading David Graebers “Bullshit jobs”. What larks. Very large % of our workforce produce nothing in jobs that nobody needs. Any job with”Strategy” in its title should be first cab off the rank. The vast majority of the FIRE sector are ticket flippers and rent seekers doing close to zero productive work. It’s all a sham.

F#*k spell check. You can guess what I meant.