The PM is trying to rewrite history on the Bridget McKenzie scandal. Here are the facts.

During Scott Morrison’s National Press Club address this week, he was asked whether he thought there was anything wrong with using public funds for political interests.

Unsurprisingly, he “rejected the premise” of the question: “that’s not why we did it”.

OK, so what did then sports minister Bridget McKenzie actually do with money destined for community sporting clubs?

This was a brazen political allocation of public money

McKenzie’s office made a spreadsheet of the nearly 2000 grant applications, colour-coded according to the party that held that particular electorate. Seventeen seats were market as “targeted”.

She acted with no legal authority

To directly quote the Australian National Audit Office (ANAO) report: “There was no legal authority evident to the ANAO under which the minister was able to be the approver of CSIG program grants to be paid from the money of Sport Australia”.

She ignored the relevant agency

The sports commission independently assessed projects’ suitability for funding and awarded a score out of 100. Many applications that were at 90 or above were overlooked in favour of programs that ranked below 60.

This was despite advice from the sports commission in December 2018 that “projects ranged in scores from 59 down to 39 are considered too low to fund without significant risk to the completion period and/or safe passage of the project”. 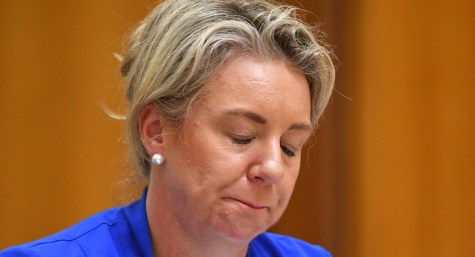 One project which was scored 40 and submitted after the closing date was funded after McKenzie’s office demanded it be included.

She acted with full knowledge of the issues

Sports Australia raised issues with the scheme “from the start”. A month before the election, the agency wrote to McKenzie warning her that the agency was being compromised by political interference.

There were repeated conflicts of interest

McKenzie approved a $36,000 taxpayer-funded grant for a Wangaratta clay target shooting club without publicly disclosing that she was a member. She also gave half a million to former colleague Nigel Scullion’s shooting club.

Local MPs were shut out

In March last year, McKenzie toured Indi with Nationals candidate Mark Byatt and announced funding that would total over $3 million. Then member for Indi Cathy McGowan wrote to the ANAO to complain that the announcements had bypassed her office.

“The question is whether the selection of recipients and the management of announcements is politically motivated and timed, rather than announced on a transparent, competitive and fair process,” she wrote.

On February 19 Mayo MP Rebekha Sharkie’s office received a letter notifying them of successful second-round applicants. A staff member contacted McKenzie’s office seeking contact details for the successful projects — including for the Yankalilla Bowling Club. Although a response was prepared within 15 minutes of the request, it wasn’t sent until the afternoon on the following day.

By this time, Liberal candidate Georgia Downer (who had emailed McKenzie expressing her “support” for the Yankalilla Bowling Club application) had already made arrangements with the club for the notorious big cheque photo to take place on February 22.

Labor Member for Blair Shayne Neumann had to wait nearly a month between receiving the round-one notification letter on December 18, 2018 and getting the requested details on January 11, 2019.

A rugby club got funding for changing rooms for their non-existent women’s team. The club was in the Coalition-held marginal seat of Sturt, which had just lost its long-time and high-profile MP Christopher Pyne. Sturt received more than $1.7 million from the scheme, the second most of any seat.

The Liberal-connected Applecross Tennis Club in Perth received half a million just two weeks before the May election. “It is only a rort if you are not in it,” club president Paul Miller sagely observed.

The Tea Tree Gully Golf Club in the Adelaide Hills received $190,000 for a new foyer and lift as part of an upgrade to attract more functions, while the Royal Adelaide Golf Club — which had $5.3 million in revenue in 2019 — was given $50,000 for solar panels.

And former PM Tony Abbott, on the ropes in Warringah (one of the richest electorates in Australia) got half a million for the Mosman Rowing Club. 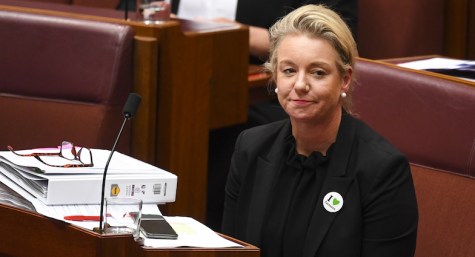 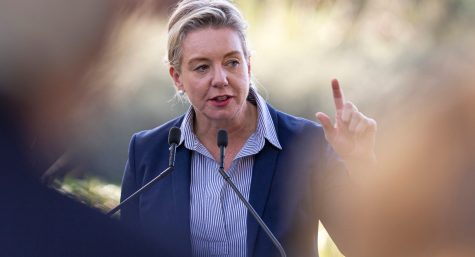 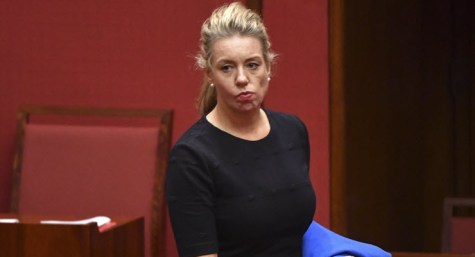 Bridget McKenzie has an impeccable sense of timing — or is it just dumb luck?

Great summary – thank you Charlie.
Morrisons performance at the NPC yesterday was a masterful performance of public bullshitting, you can’t help but admire his self-confidence (at least until he faced some tough questions), probably one of the most polished liars this country has ever produced.
I usually turn the TV off when he comes on because he makes me feel sick, but yesterday I forced myself to watch for about 10 minutes…and sure enough, I got sick and turned him off.

I couldn’t even handle 10 minutes.His eyes freak me out.Does anyone doubt the God thing is a subterfuge?

This media “Morrison said ….. (he’s changing his spots) …..” BS – to adapt Keating addressing a media that fell unquestioningly for Howard’s BS “If Morrison says he’s a wombat, is he a wombat or is he Scotty From Marketing?”.

“Unsurprisingly, he “rejected the premise” of the question: “that’s not why we did it”.” – can someone please ask him, why he did it, then? Why did he change an announced process with an unannounced process? And if there’s nothing wrong with the new process, please explain how it worked and how the results were produced.

Ex Minister Bridget McKenzie has taken the fall on behalf of Prime Minister and Cabinet Colleague(s) rejection of transparent and accountable parliamentary standards.

The Office of The Auditor General found in part: “There was no legal authority evident to the ANAO under which the Minister was able to be the approver of CSIG program grants to be paid from the monies of Sport Australia.”

The Australian Parliament cannot deny such blatant denial of Parliamentary Standards governing Ministerial legal accountabilities. Anymore than Australians should tolerate Cabinet Ministerial cover-up of each and all knowing what and why an Australian Govt needed to “address” pending Election.