We will not go down to the sea. It will come to us

Sea levels rising and falling up to hundreds of metres is a story re-told on Earth multiple times over the past hundred million years. But this time is different.

On Christmas Eve, 2013, I received a gift that felt as though it had come from the sea herself. I was at the mouth of the Moruya River on the New South Wales south coast at a spot called Preddys Wharf.

It is a magical and marvellous location, with a small wooden jetty, where children can cast a line, and bull rays, the size of small cars, feed off the scraps of gutted fish. The water sliding past the wharf, first one way and then the other as the tide ebbs and flows, is crystal clear and deep.

Starting before dawn, boats are launched from the adjacent ramp, coming and going until after dark. It is no wilderness. Rather, it is a scene that could be described as Australian Coastal: a classic example of the mythological soul of our waterfront nation where people and the marine environment meet.

That Christmas Eve it was dusk and I walked to a park bench near the wharf looking out towards the ocean. As I turned to sit I noticed that on the seat someone had anonymously placed a laminated poem and then weighed it down with a rock that was covered in so much bleached coralline algae that it looked more like a snowball, with an odd tuft of lace.

The poem was by John Masefield, written in 1902, and I could see why the secret poet bomber of Preddys Wharf had chosen to place it there:

“I must go down to the seas again, for the call of the running tide
Is a wild call and a clear call that may not be denied.”

Masefield’s ocean is the romantic British one of tall ships and seagulls.

But now we must prepare for a different kind of ocean — one that is inexorably coming to get us and which will change our lives, our beaches and our cities forever.

The sea has always had a malevolent side — the power to crash ships and drown swimmers.

Since people began building near the beach, king tides have wreaked havoc with low-lying coastal infrastructure.

Sea levels rising and falling up to hundreds of metres is a story re-told on Earth multiple times over the past hundred million years.

But this time is different. We are now the cause of the climate change. We are directly in the way of the rising tide, and yet paralysed into inaction because of the scale of what is required to respond to the problem. 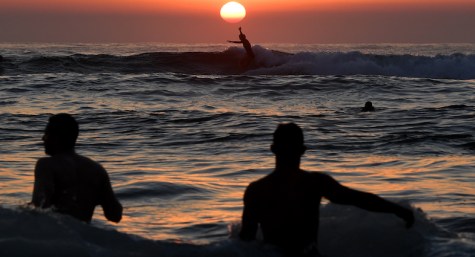 When I visit those beaches I have known all my life, like Manly in Sydney or Dalmeny, near the south coast town of Narooma, I am always relieved that, aside from the cyclical shifts of the sand from one end of the beach to the other, the jutting rocks and other parts of the scenes I have loved since I was a toddler all look to be in the right place.

When I visit these places of my childhood and see that the structure of the beach looks to be the same, I can feel the pull of the argument that all this talk of climate change must be wrong.

But it is a false sense of security — sentimentality is blind to changes that are still measured in centimetres.

I remember in the 1990s, when experts first started warning about global warming and predicting the devastation of the Great Barrier Reef, rainforests, endangered species and the Murray-Darling Basin — and I thought they were catastrophising.

And yet look at the last few years: the reef bleached beyond recognition, rainforests that shouldn’t burn, blackened.

Almost the entire length of the NSW portion of the Great Eastern Ranges has been incinerated in fires the likes of which have not been seen before.

The Murray-Darling Basin system is now a series of over exploited and fought-over puddles. All of these ecosystems are somewhere between going and gone. We are now living in the world of the predictions from the 1990s come true.

But the part that hasn’t really sunk into us is this: what are the consequences of those predictions coming true?

Now so many predictions have been proved right, we must now accept those predictions that have not yet happened.

And sea level rise is the big one. We must now start to act on the predictions that we will see a sea level rise this century of at least 60 centimetres and possibly a lot more.

That might not sound like much. But then imagine the day when a king tide, a storm surge, erosion and sea level rise strike simultaneously.

When that day comes, the seat at Preddys Wharf, where I found the Masefield poem seven years ago, and much, much more along the Australian coast will be washed away.

We will not go down to the sea. It will come to us.

James Woodford is the author of seven books including the Great Barrier Reef and Great White. 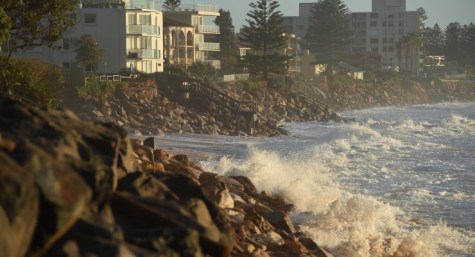 The tragedy of the horizon: why action is needed now 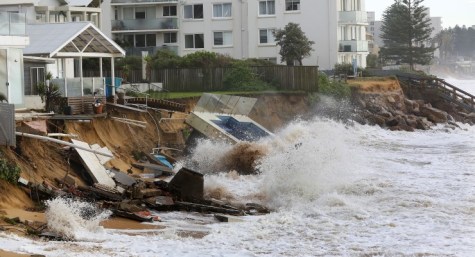 ‘The waves are going to be crashing through their door’: the erosion hot spots

Thank you Crikey for your ING series. This has to be one of the most revelatory.

In the late 90s I did a coastal management unit for a degree in Environmental Studies. I could be reading over my old manuscripts and required reading. So how, 20 years later, did we get to this point, where what was so well known and documented is just coming into the public’s attention. Or is it? Does this all still sound too catastrophic to be believed?

Maybe I am too old and too disheartened by what I know and what I see is being done. So just as well you are still enthused enough to rally the troops for what could be an acrimonious, difficult, angry future.

Just what we need in the face of the planetary problems we confront.

“I must go down to the sea again,
To the lonely sea and the sky.
I left my shirt and socks there.
I wonder if they’re dry?”

Spike Milligan. No doubt he’d be tut-tutting at the lunatic obstinacy of our government.

The uber rich who live along our coastline probably all voted for this useless L/NP government we now have…so suck it up folks!
This lot will do NOTHING about climate change for the next 2+years, and by then the coastal damage may well be permanent. Not to mention the country, which will probably be incinerated!
No doubt most of you will ignore the warnings and vote for this lot again…bloody drongos, you have only yourselves to blame!!!

No, we didn’t CML. Just the uber rich of double bay and vaucluse, and the white bread maniacs of the shire. Coogee swung to Labor and Maroubra is a Labor stronghold.

But enough of that.

We used to holiday down at the Narooma caravan park. Have been to these places, so beautiful.

Thanks for reminding us of the poem.

I really don’t know who voted for the LNP, and I cannot understand why, but the influence of Murdoch papers and commercial tv were key. What I really don’t understand why people are happy to swallow moronic propaganda, to live an unconsidered life, to be fed bullshit and willingly eat it all up with no thought.